Purge Cache
In many of our favorite films and shows, it is easy to overlook the underlying music that... 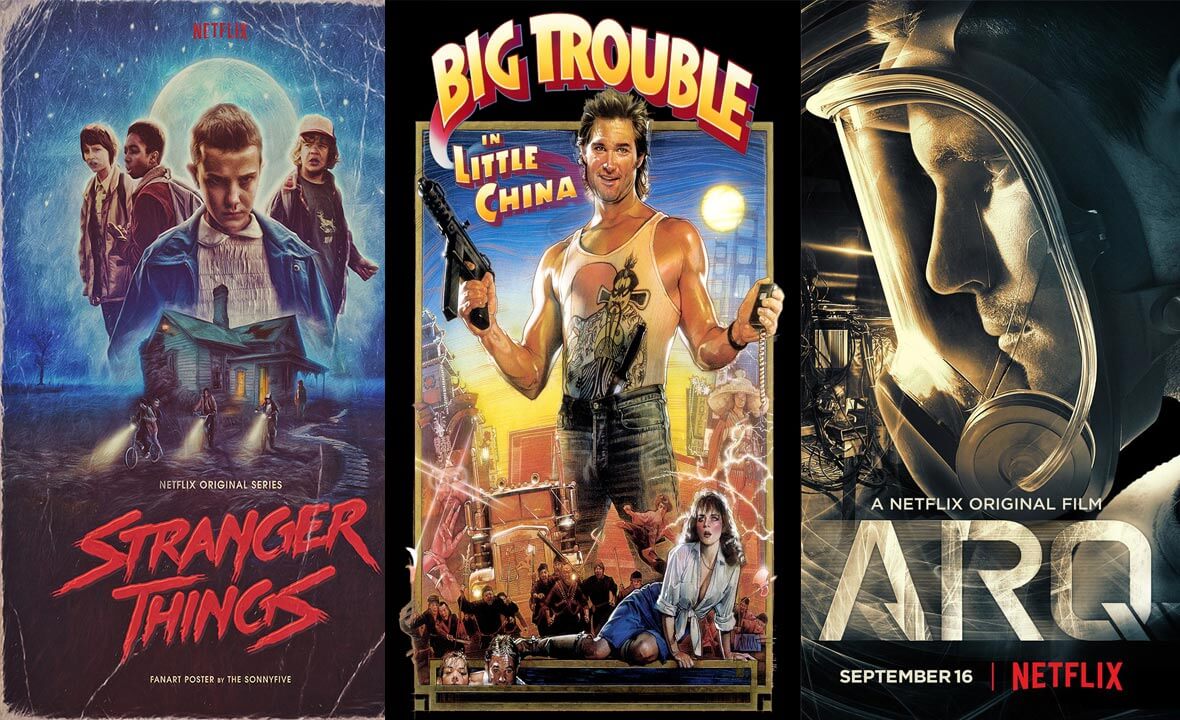 In many of our favorite films and shows, it is easy to overlook the underlying music that accompanies the story. Even the subtlest of musical overtones can put us into a trance without realizing it, captivating us into each and every scene. This is usually a sign of a great film score or soundtrack, as the music is not meant to stand out on its own, but to engage our mood into whatever is taking place.

Something great about synthesizers is the wide range of unusual sounds that can be created, being conducive for the way the music blends into a scene. Below, we have compiled 10 of our favorite synth scores and soundtracks, all of which are available on Netflix.

1. Turbo Kid (2015)
Turbo Kid is a post-apocalyptic, 80’s-esque sci-fi thriller that takes place in 1997. The soundtrack was written by electronic act, Le Matos, with each track being featured on their album, Chronicles Of The Wasteland.

2. XOXO (2016)
XOXO, released in 2016, revolves around a group of young adults who begin to discover rave culture, alongside a young producer who wants to make it. Ultimately paying homage to EDM, its soundtrack features great artists like Dada Life, Disclosure, Skrillex and many more.

3. Stranger Things (2016 -)
One of the more popular items on this list, Stranger Things features an amazing synth soundtrack that just makes each scene hit you. Written by electronic band S U R V I V E, we were fortunate enough to ask them a few questions.

4. It Follows (2014)
It Follows is a psychological thriller and horror film that definitely keeps us on the edge of our seats; it’s one of those films that keeps making us ask ourselves, what the hell is going on? The film score was written by electronic act, Disasterpiece, and you can listen to the full tracklist via their Bandcamp.

5. Let’s Be Evil (2016)
2016 horror film, Let’s Be Evil, turns augmented reality into an absolute tech nightmare. While the film hasn’t received the most glowing of reviews, the synthy, modernistic soundtrack is still very poignant. The soundtrack was written by Julian Scherle and you can listen to it via iTunes.

6. Tangerine (2015)
Tangerine is definitely one film that deserves to be on this list, featuring an extensive synth soundtrack composed of a variety of artists. Also, it was filmed entirely with iPhones! You can listen to the soundtrack below.

7. Kung Fury (2015)
2015 martial arts film, Kung Fury, has one of the best synth soundtracks among the films released in recent years. The setting takes place in 1985, bringing a modern audience back into the realm of 80’s action films. The music definitely contributes to this, and was scored by Swedish synthwave musicians Mitch Murder and Lost Years.

8. ARQ (2016)
ARQ, another Netflix film with a surprisingly phenomenal synth score, was composed by Bryce Mitchell and Keegan Jessamy, and you can watch the trailer below.

9. Starry Eyes (2014)
Starry Eyes, a retro 80’s style horror film, has been receiving much of its attention from the nostalgic synth soundtrack composed by Jonathan Snipes. Released on vinyl, it has been sold out for quite some time; however, you can listen to two tracks below.

Go behind the scenes into Snipes’s studio session while writing the music for Starry Eyes.

We hope that you found an item or two from this list to be helpful during your next Netflix browsing session! If you’re a fan of Stranger Things, you might check out our exclusive Q&A with S U R V I V E, the band who has scored the show thus far.