Purge Cache
Unless you live under a rock, you've either heard about or watched Netflix hit series...

Unless you live under a rock, you’ve either heard about or watched Netflix hit series Stranger Things, the new mystery sci-fi that has captivated audiences with its thrilling plot line, spine-chilling music, and a splash of 80’s nostalgia. Mark Donica and Michael Stein, the two responsible for scoring the show’s soundtrack and members of Austin-based band S U R V I V E, have answered some of our questions. 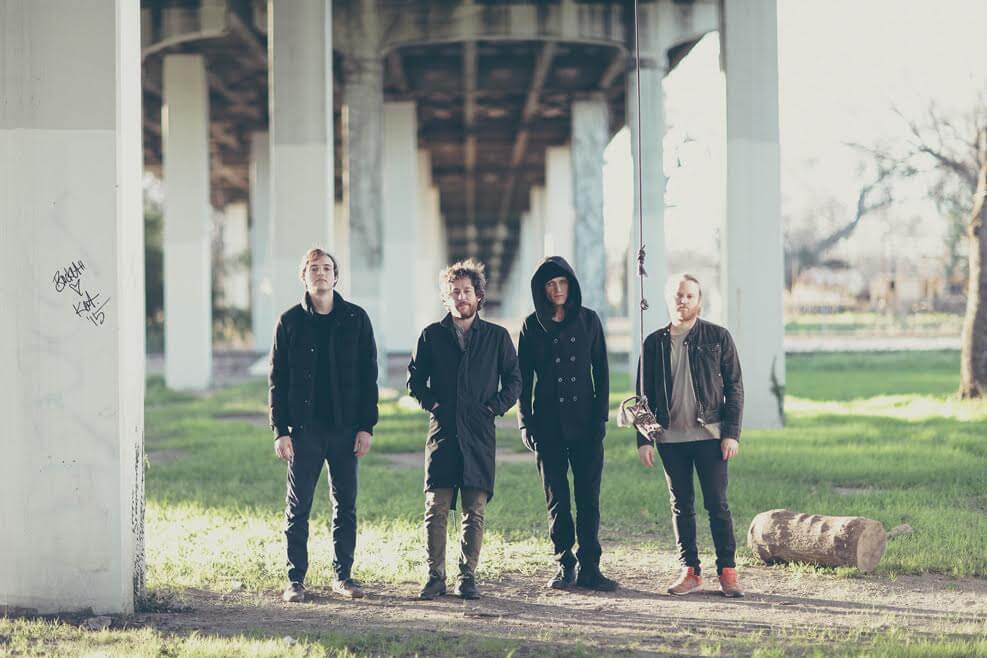 1. So… lets’ talk about Texas first. Very few people associate Texas with synthesizer-based music. I know from personal experience… 1986 JMJ is the one exception. How do you stay creative in the “Live Music Capital” of the World?

Mark:
Growing up here, my perception was always that Austin was a very blues-guitar obsessed town. But there are tons of artists in its history that didn’t fit that mold. i.e. The Pool. Electronic music has been in Texas for a while, people just tend to focus on the easy generalizations. But I think that is always changing and people are expanding their expectations.

2. For each of you. What was your first synthesizer and a quick background of how you came to own it?

Mark:
The Korg MS2000 was the first synth that I actually owned. I had been messing around with a friend’s microkorg I borrowed in 2004 and was blown away by the sounds it could make, so I got an MS2000. This was a big step up from my cheap Casio. My first analog synth was a Sequential Circuits Six-Trak soon after.

Michael:
I bought an sh-101 that was on eBay except I was able to pick it up locally. I immediately got batteries for it and took it to my friends work. He took a break and we played with it through an aux to cassette interface for my car stereo and made this detuned Boards of Canada bass tone. Thats when I got hooked on the analog sound and started building an 5U modular system. 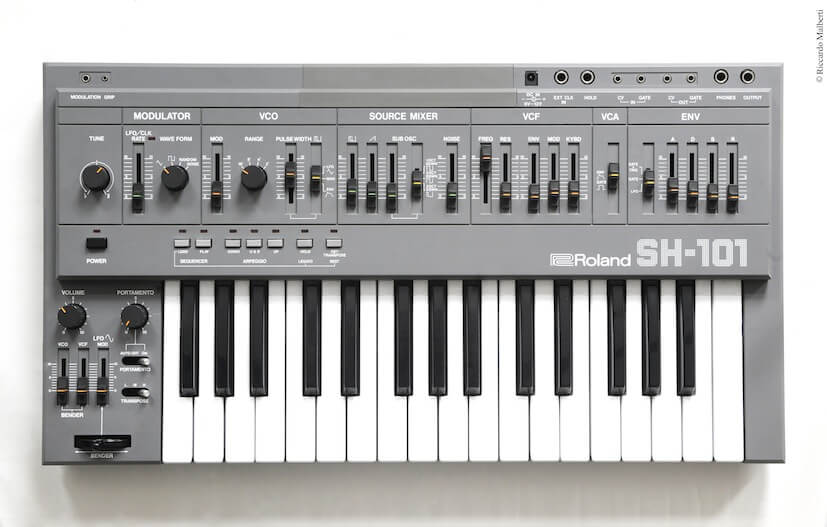 3. What is the one synth/sampler that you always wanted that you never owned?

Mark:
ELKA Synthex. I’ve never played one but I went through a phase where I became a bit obsessed with them thanks to youtube.

Michael:
I always wanted an EMS VCS3 or SYNTHI A. I don’t know if it was the allure from seeing Brian Eno using it in live videos with roxy music but it might be

4. What inspires you first? The sound or the rhythm?

Mark:
Sound is probably the first source of inspiration. Sometimes I hear subtle rhythms in the sound that I try to accentuate with rhythmic patterns. Sometimes I try to start with one, and the plan goes out the window. It can really depend on what is happening in the moment.

Michael:
They are equal catalyst and have a cyclical influence on each other as well as myself. Thinking bout this confuses me.

5. Let’s talk about more gear… I’m going exclude modular gear and Software Synths for this one.

A. Favorite Digital Synth – The only hardware digital synth I own is the Ensoniq Mirage.

B. Favorite Analog Synth – I love my Arp Odyssey MkI. 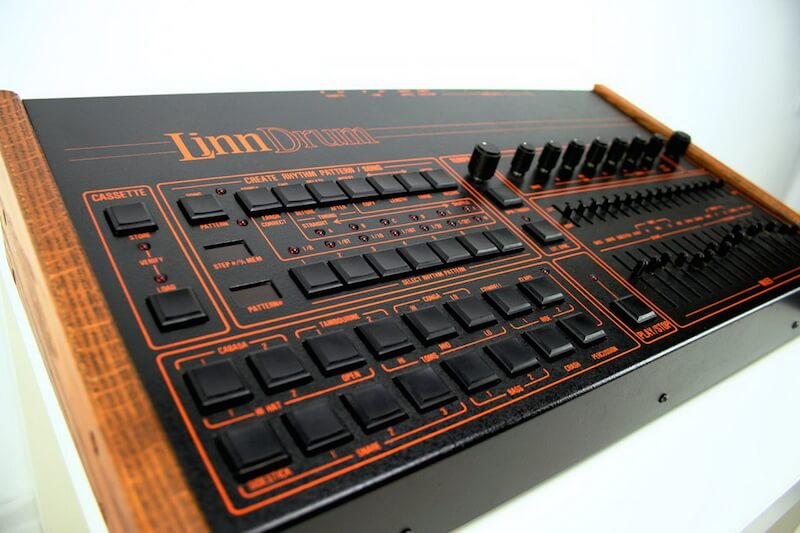 6. Where do most of you projects end up? Logic, Live Protools or something else?

7. Dave Smith said that the Analog Synthesizer has stood the test of time as an instrument. Do you feel that proper electronic music is finally being appreciated and accepted by the masses? (no reference to DM)

Mark:
Absolutely. It has been accepted for decades. People who don’t get it just haven’t freed their minds yet.

8. Who are the artist and musicians that inspire you the most?

Mark:
From Yellow Magic Orchestra to M83. It runs the gamut.

9. Do you guys mix in any other studio around Austin? Or is it all in the box?

Mark:
Michael Stein mixes most of our tracks in his studio.

Michael:
Everything re order into and mixed in Logic. After mixing we summed our album through in old Neve console through some pultec eqs to give the whole record a uniform sound.

10. You guys have one of the best shops in the country for electronic music. How is Switched On doing?

Mark:
Switched On is a great resource. They are super friendly and knowledgeable. I was buying synths from Chad Allen before Switched On existed!

Michael:
Their inventory is larger and more insane than ever!

1. Have you watched the entire season of Stranger Things and if so how did you feel when you began hearing the bands music throughout the show?

Michael:
We heard the music in the process as we were scoring it so beyond a few surprises where a couple of cues were removed in mix down there weren’t many surprises. In general it was exciting to see the final product.

2. Will S U R V I V E be scoring the music for season 2 of Stranger Things?

3. Have you guys met any of the cast members from the show? Were you allowed to be on set while filming to gather inspiration and make notes about scenes? If not, is it something you think would be useful or beneficial to the scoring process?

Michael:
Yes but I don’t believe it had much of an influence directly on the score

4. With all the success of the show Stranger Things, whats in the near future for S U R V I V E? More scoring for film or more focus on the band and touring?

Michael:
All of the above

5. Your thoughts or advice for producers who solely use software and have never touched a real hardware synth?

Michael:
Get a hardware synth. Your missing out on immediacy and what it’s like to interact with a great instrument. If you just wanna mess around for a minute but have to turn on your comp, open a daw & load a soft synth just to make sound that is torture. First time I played an arp 2600 I knew I had to get one. Turn it on, it’s got built in speakers and an extremely performance friendly interface.

6. Could you tell us the synth used for the main arpeggiator of the Stranger Things theme music. 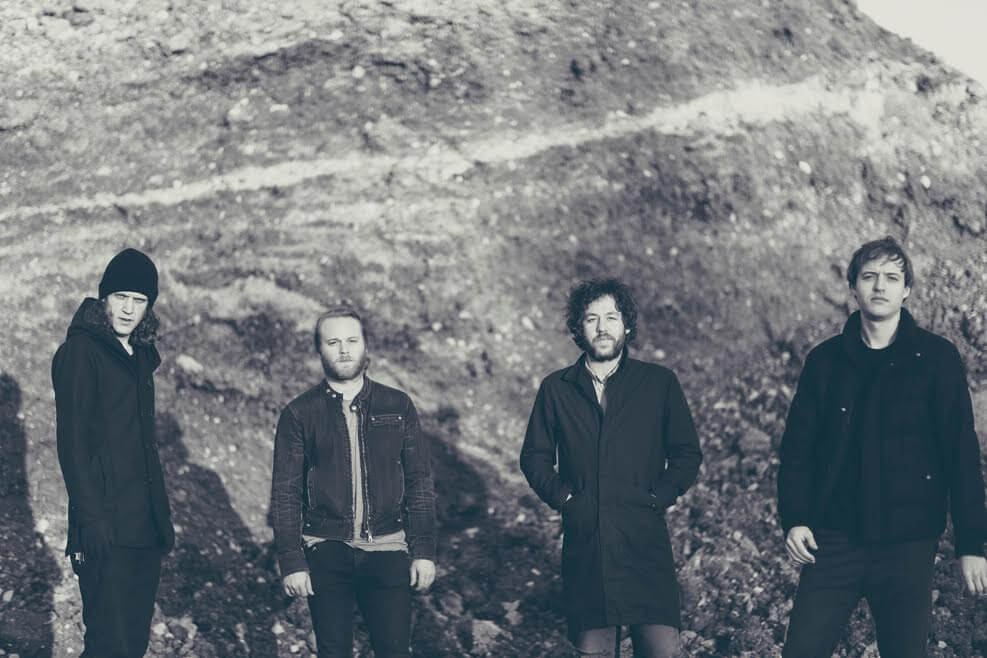