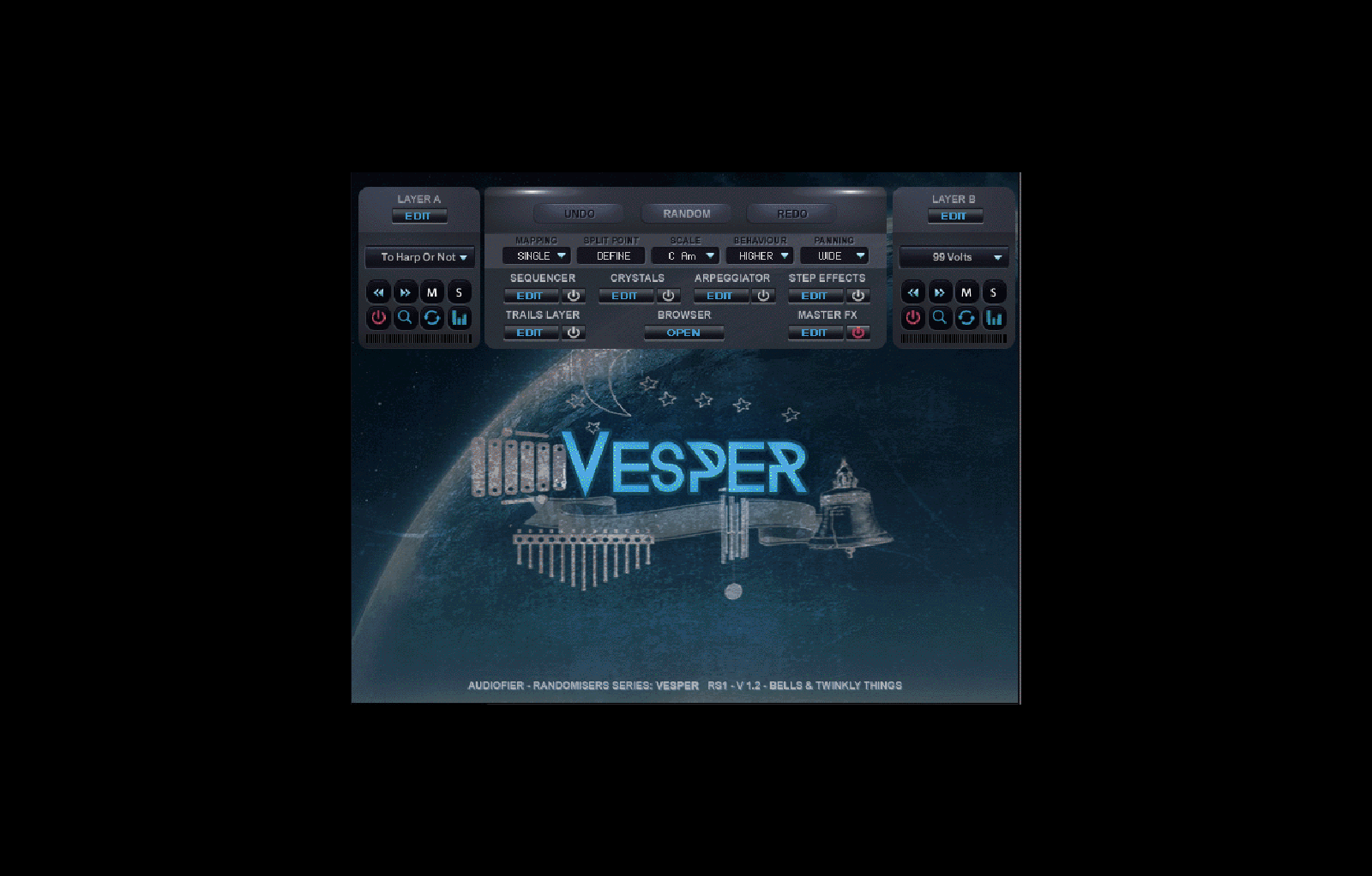 At a glance Vesper is a double engine themed rompler, geared towards “bells and twinkly things” type of sounds. But it hides a powerful randomiser engine, a twin step sequencer and a “Trails layer” which adds motion to each patch. Vesper comes with 135 sound sources loadable in 2 different slots, plus 20 Trails. Each sound source is multisampled and comes with 3 round robins. 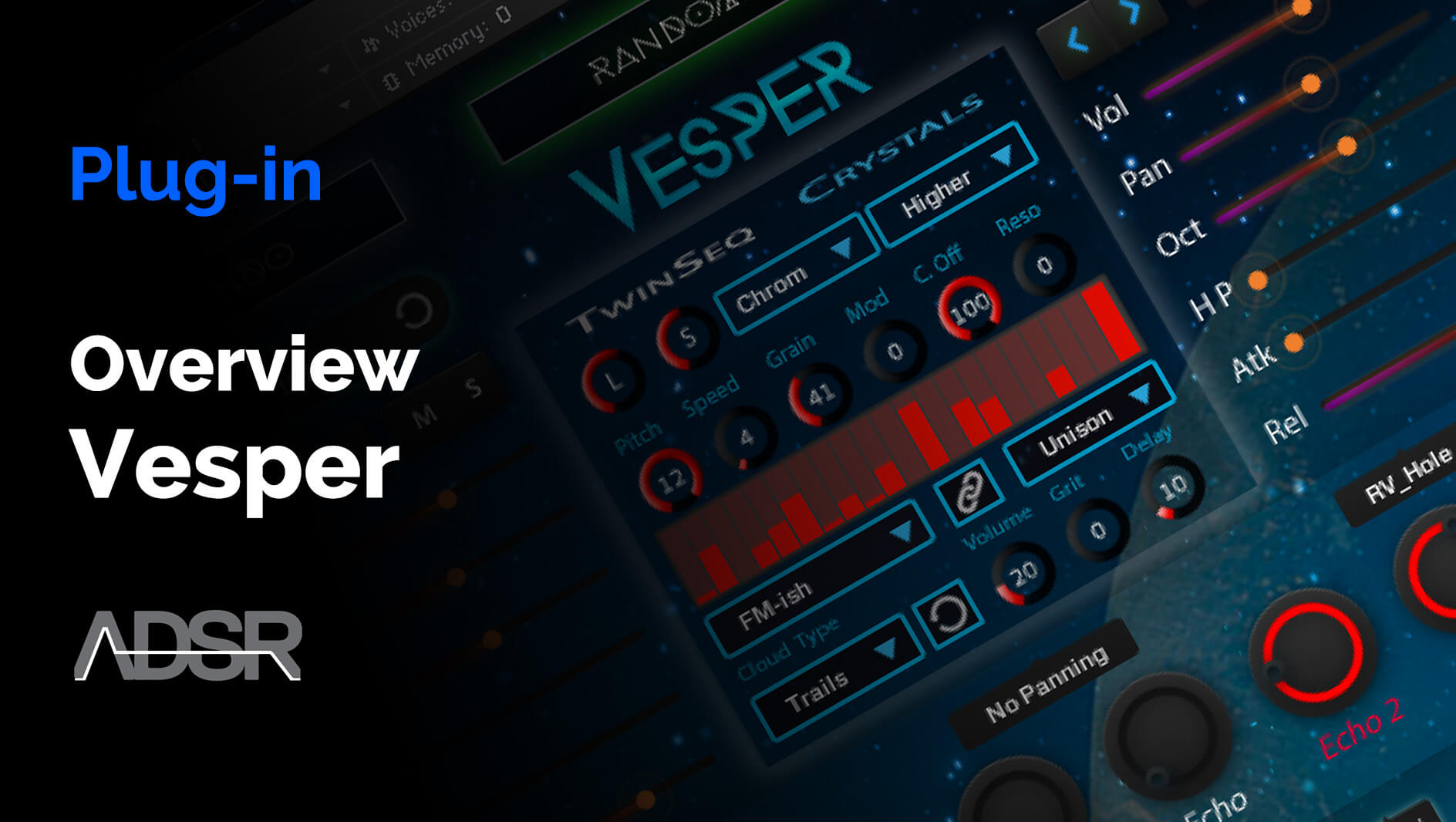 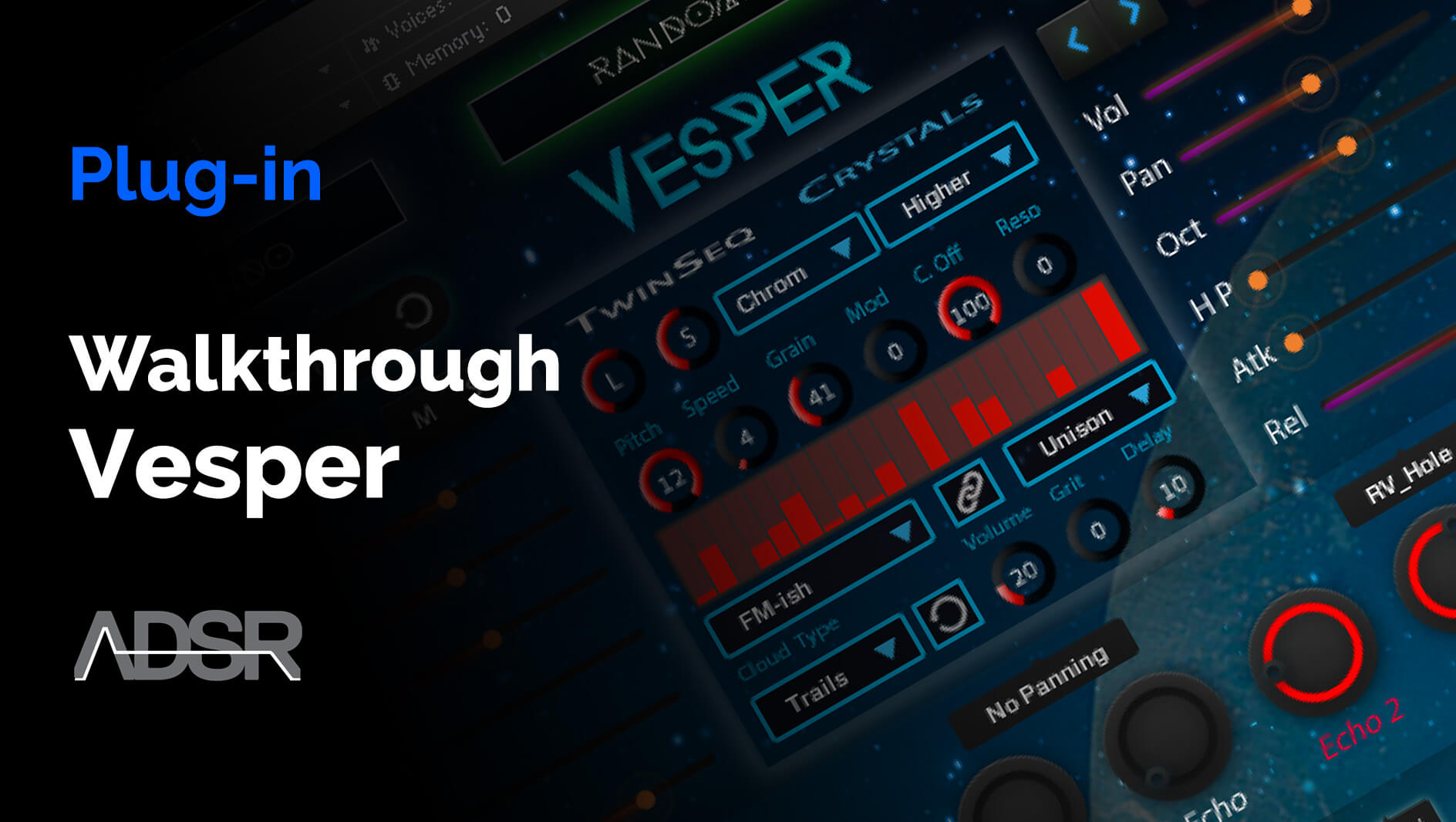 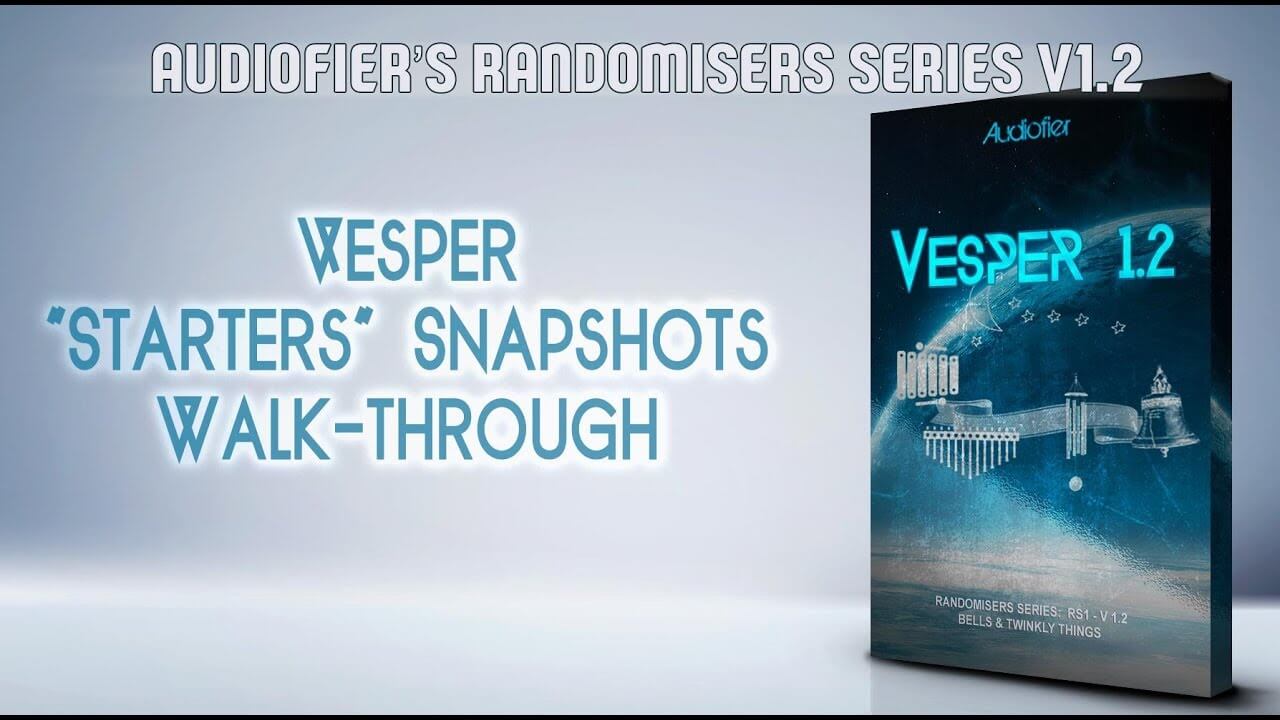 At a glance Vesper is a double engine themed rompler, geared towards “bells and twinkly things” type of sounds. But it hides a powerful randomiser engine, a twin step sequencer and a “Trails layer” which adds motion to each patch. Vesper comes with 135 sound sources loadable in 2 different slots, plus 20 Trails. Each sound source is multisampled and comes with 3 round robins. Audiofier’s new “intelligent” Randomiser feature makes it incredibly easy to create new sounds quickly and makes presets redundant. It also possible to recall past randomisations and go back and forth in the randomisation history, also recalling past randomisation on the fly.

Fully customisable Even though the Randomisation engine plays a big part in Vesper, for the most creative producers, Vesper still offers the possibility to create patches from scratch, with multiple ways of choosing sound sources, including a categorised Sound Browser, which works hand in hand with the randomisation engine to create sounds which are “just right”. On-the-Fly Reverseable sounds Following the success of Sequi2r’s family reverseable sounds feature, Vesper gives the option to reverse sounds on the fly and to adjust the length of each reversed sound with the mod wheel. 3 Play modes In Vesper you can select whether you want to play both sound sources at once (Single map Mode), one per key zone (Dual Map Mode) or let it happen randomly (Random Map Mode), creating interesting changing textures. This both while you are in Normal Mode or Step Sequencer Mode. The keyboard zone can be defined by the user. Creative Convolutions Unique reverb convolutions add to the picture to contribute in a creative way to the sound creation; reverbs that not only add space but define the final sound too. Twin Step Sequencer Vesper features not one, but 2 step simultaneous sequencers with 8 memory slots. You can change sequence on the fly like in Sequi2r via keyswitch, but with Vesper you’ll have double the fun. Also, you can record your sequences by playing, not by drawing, pretty much like in Sequi2r, but Vesper’s process is even faster and simpler. Add to this Permanent random generated sequences and Temporary random sequence at the tip of a “keyswitch”, to spice up some stale repetitive phrases. Split personality You can perform one sequence per sound source (Twin Seq on) in Dual Map Mode, or have both sound sound sources playing simultaneously (Single Map) both sequences. Or you can run one sequence only (Twin Seq off) with both sound playing at once (Single Map), or one sound per define-able keyboard zone in Dual Map Mode.

Requires FULL VERSION of NI KONTAKT 5.5. It is not compatible with NI Kontakt Player. 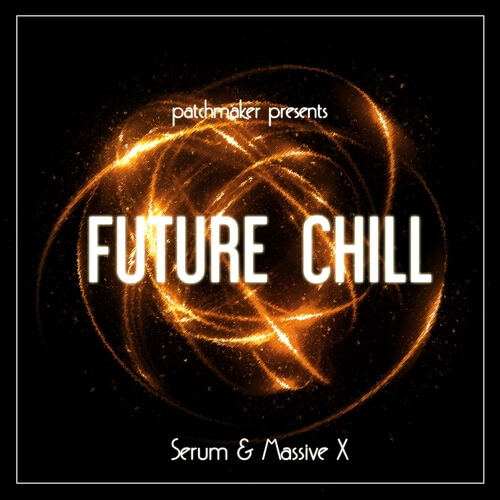 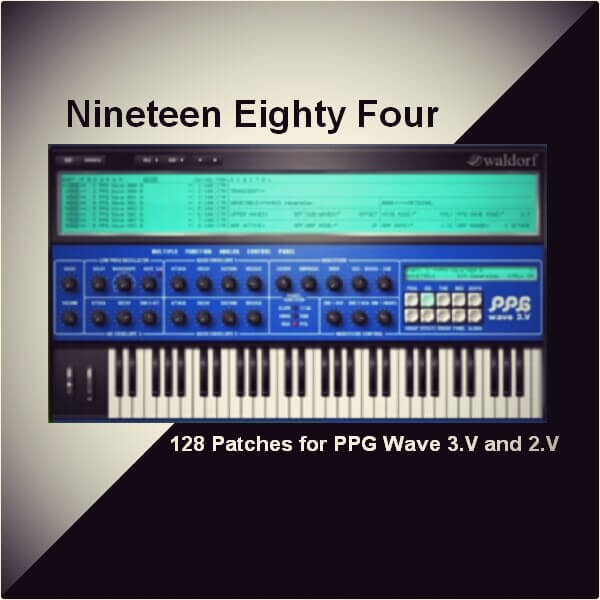 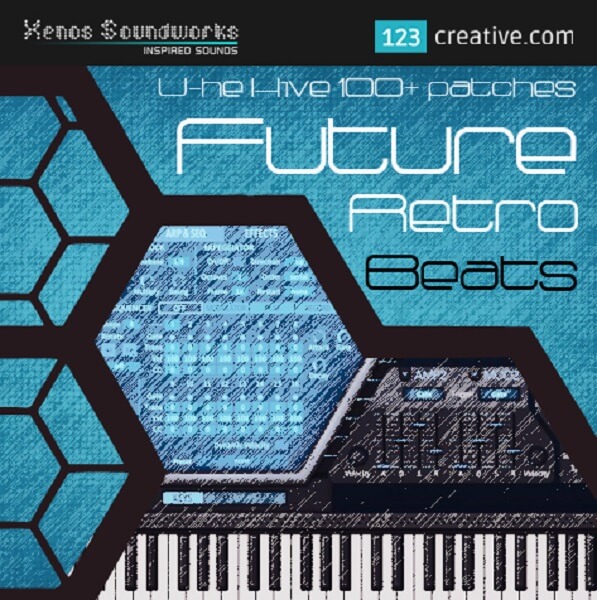