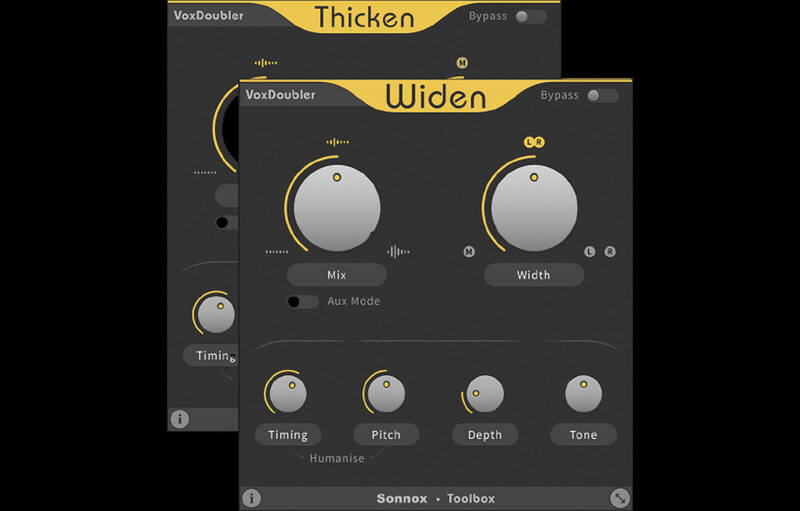 VoxDoubler is presented as two separate Plug-Ins that focus on the two most common vocal doubling workflows. Generate believable double and triple vocal tracks to create width, depth or add thickness with VoxDoubler.

VoxDoubler is presented as two separate Plug-Ins that focus on the two most common vocal doubling workflows.

Vocal performances lie at the very heart of a song. Doubling vocals is a really effective way of adding more contrast, drama and presence to the story of your song.

It’s therefore hard to imagine much of recorded popular music without the special quality that double-tracked vocals bring to a mix, either used over an entire track or just to help a chorus or key lyric connect with a listener.

You want believable and natural sounding doubles but don’t have access to your vocalist, or the time required to:

Enter VoxDoubler. Bespoke designed to give you the best of these two approaches; ease of use, real-time processing and results that sound as lifelike as if the doubled parts were actually multi-tracked.

Saving you time, money and maintaining your creative flow.

Generates two new mono voices and pans them to the left and right of the original vocal.

Great for:
Widening a mono performance, ranging from subtle enhancement to a stack of hard-panned voices

Or why not try:
Manually processing the new doubled voices separately, then mixing them back in parallel with the original

Generates a new stereo doubled voice and overlaps it with the original vocal.

Great for thickening a:

The new Toolbox range offers 2 activations for each product licence you buy.

Providing you have an iLok account, each activation will allow you to authorise your Plug-In on one of these devices:

Please Note: This product now supports iLok Cloud Authorisation. An iLok USB Dongle OR an active internet connection is required in order to activate and use this product