Sales:
9
The year was MCMLXXXV, and music was about to change forever *cue Phil Collin’s tom roll*. Did...
ADSR_0421_0029
MCMLXXXV
Audeobox Sounds
$
17.994
https://www.adsrsounds.com/product/presets/audeobox-mcmlxxxv-samples-loops/ 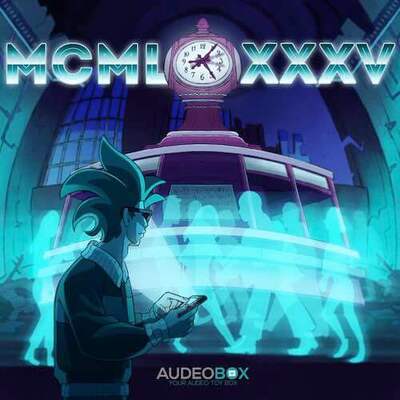 The year was MCMLXXXV, and music was about to change forever *cue Phil Collin’s tom roll*.

Did I lose you? Let’s start again, the year was 1985 and music was about to meet its best friend, dynamically controlled reverb and electronically controlled everything else (except guitars and humans because the earth hadn’t gone full dystopia).

Ushering in this age of electronic phenomena was the very thing that brought you here, unique sound design like never before.

Though plenty of artists stuck to their tried and true sounds while splicing in modern techniques, the music world was going through an electric renaissance that placed a stamp in history not long forgotten.

So just like Stranger Things Vol. 3, we’re going back to 1985, hopping in our Camaro and popping in mixtape of favorite new songs by Tears for Fears, New Order, Simple Minds and…Eddie Murphy?

Filled with round basses, entrancing arps, luscious chords, and enough tape-recorded, individually edited (and layered) gated drums from a collaboration with Carl Bahner to help you craft your next synthwave/retrowave/hybrid trap/vapourwave/??? masterpiece, or maybe just the next Carly Rae Jepsen single (if it ain’t broke don’t fix it). If you’re looking for a little 80s infusion, welcome to MCMLXXXV.