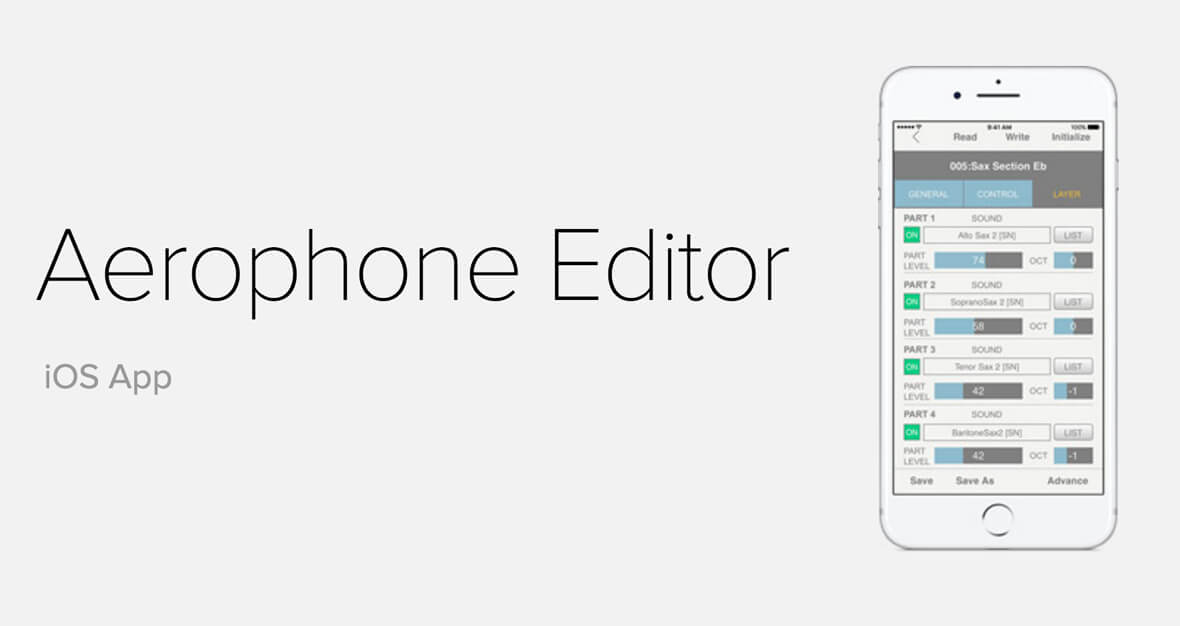 One of Aerophone Editor’s most appealing features is its sound layering function, with each of the four layers having tweakable parameters that include key range, panning, and pitch. Talk about creating some robust sax sounds!

The AE-10 Aerophone, now alongside Aerophone Editor, allows for an organic sounding sax performance right out of the box. Sure, there are plenty of great sample libraries out there, but you end up having to tediously tweak its parameters (e.g. velocity, attack) to make it sound anything close to a real performance.

You can hear how the AE-10 Aerophone sounds in the demo video below.

The Aerophone Editor is available for free in the App Store, and is compatible with both iPhone and iPad. You can also visit Roland’s website to learn more.