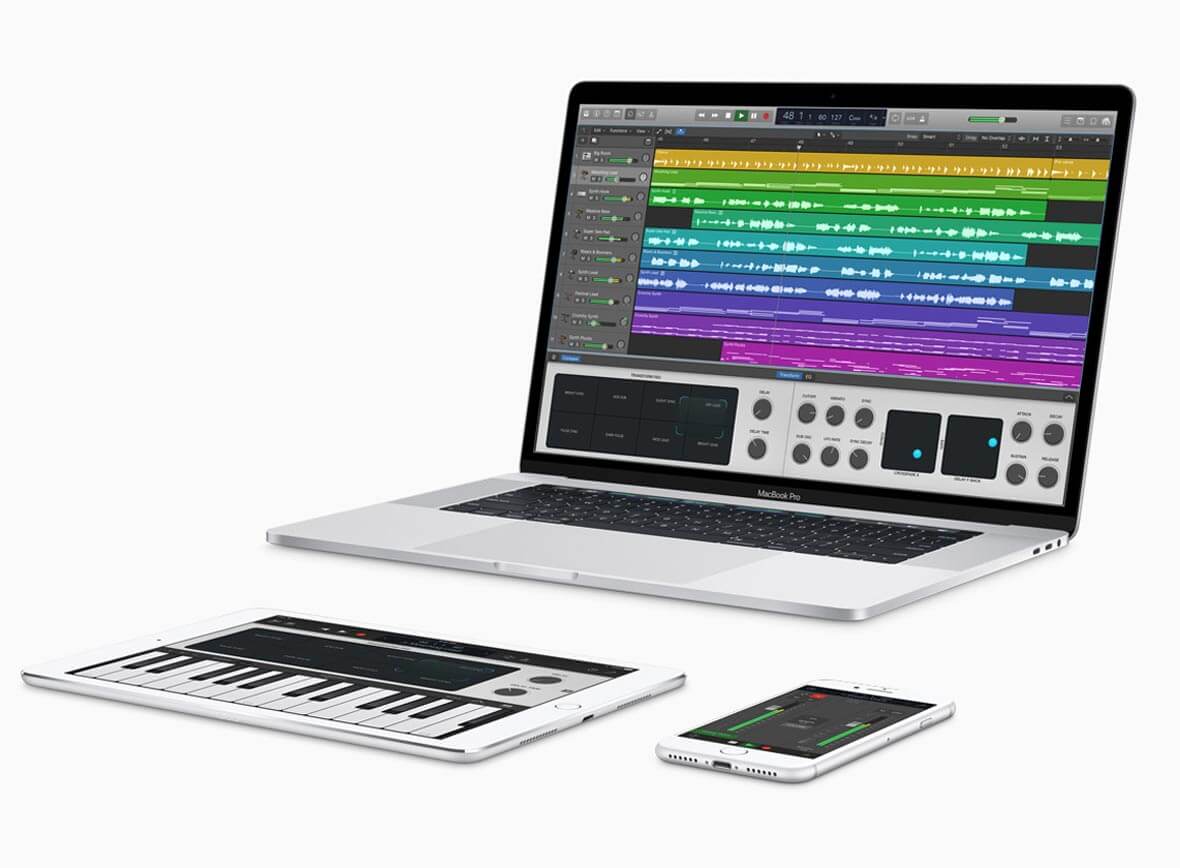 A new press release from Apple declares that its popular music platforms, Logic and Garageband, will be undergoing some exciting new updates. One of these updates is new and improved cross-compatibility between both DAW’s via iCloud.

Not only does iCloud allow for projects to seamlessly be transferred from Garageband to Logic, but it also allows projects on iOS mobile platforms to be transferred to its respective desktop application. This is exciting for many reasons. Suppose you’re away from home and suddenly have a creative rush. You then spend hours on your phone working on what you’re sure to be your next hit. Then, when you get home, all you have to do is transfer it to your desktop using iCloud and continue where you left off.

Another update is also with respect to the iOS platform, and that is the availability of the popular Alchemy synth from Logic, bringing along over 150 patches from a wide array of genres. It also has 8 different synth styles that can be chosen via it’s Transform Pad, as seen in the video below from 0:10 – 0:18.

You can go here to read Apple’s official press release.