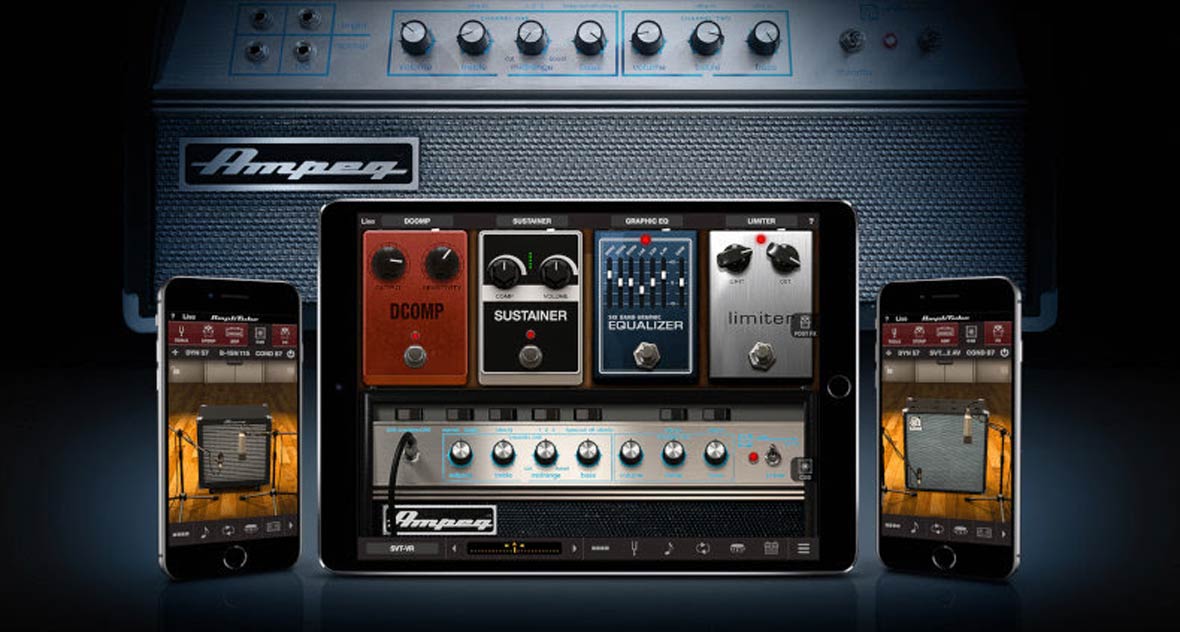 IK Multimedia has extended their AmpliTube and AmpliTube CS guitar amplifier emulations for iPhone and iPad with the new Ampeg Collection 2, a collection of popular Ampeg amp and cabinet model emulations.

The three new matching amps and cabs in the collection are:

About AmpliTube guitar and bass tone studio for iPhone and iPad
AmpliTube is the ultimate guitar and bass tone studio for iOS devices. Available as both a free and a paid app, it allows musicians to use their iPhone or iPad to process, play and record guitar, bass or other instruments while on the go. As an all-inclusive tone studio, AmpliTube offers an expandable collection of ultra-realistic, virtual versions of some of the most coveted gear on the planet. Users can build the guitar or bass rig of their dreams and then use its powerful recording and editing tools to capture their creativity whenever and wherever inspiration strikes.

Pricing and Availability
The Ampeg Collection 2 is available now for version 4.6 of the AmpliTube or AmpliTube CS apps for iPhone and iPad. It can be purchased via the in-app shop for only $14.99. You can visit the IK Multimedia website to learn more.