In this video we get a demo of the Berlin Wall Distortion, a distortion effect pedal that is made from a piece of the original Berlin Wall collected in 1990.

Even more interesting is that the distortion pedal’s circuit connections are a real map of the streets of Berlin that connect the various routes between Checkpoint Charlie, Tempolhof, Schönefeld Airport, the Reichstag and the Berlin Funkturm.

The electric current returns on the face of the board at the Television Tower build in 1965, represented by the 2.2m resistor closed to Alexanderplatz. The signal continues to the transistor base located at the DDR Museum where it meets with the signal. The transistor emitter is at the Friedrichstraße station, which is connected to a 10k potentiometer which controls the amount of the distortion. 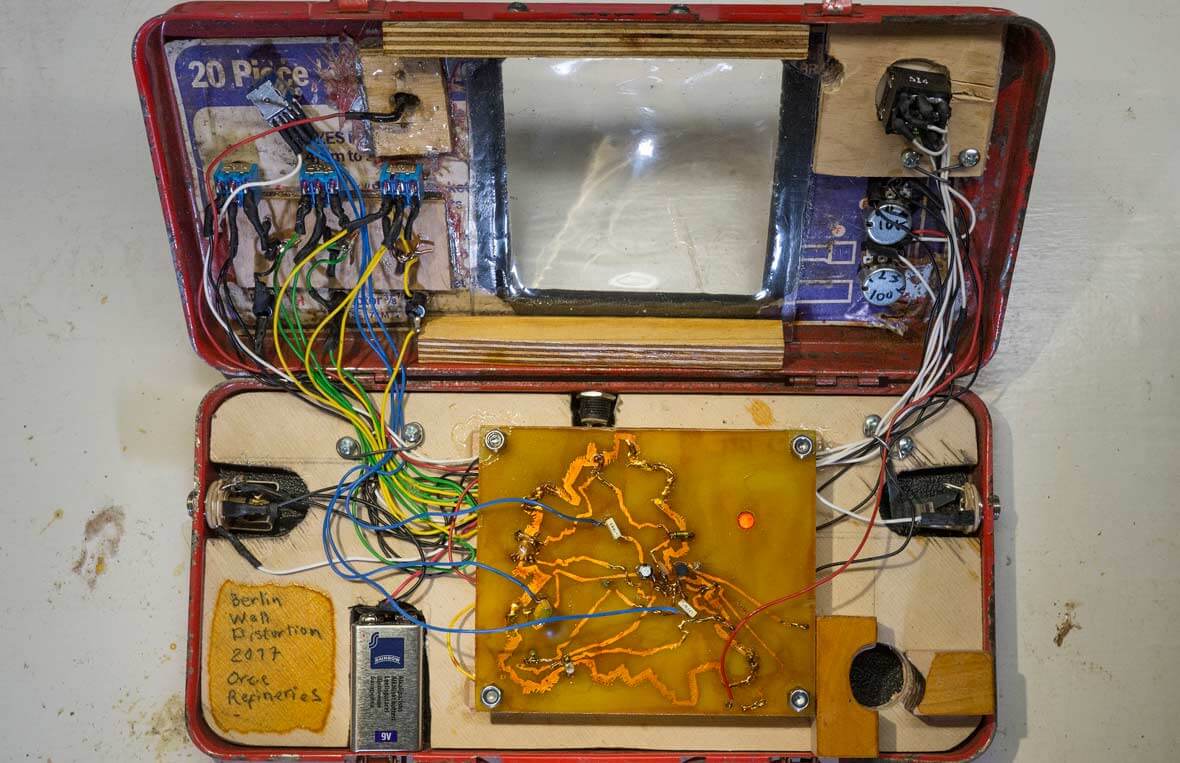 If you are interesting in learning more about the Berlin Wall Distortion, you can get more information here as well as browse the various pictures of the build.

Next: Creating A DIY Distortion Effect For Under $5