Purge Cache
This tutorial will show you how to Use Studio Drummer with Logic X Pro Drummer. Use Studio...

This tutorial will show you how to Use Studio Drummer with Logic X Pro Drummer.

Logic Pro X is here and now available in the Mac App Store. The new version includes several new features, including Track Stacks, MIDI FX, Retro Synth, Flex Pitch, Drummer, and an iPad Remote app. In this tutorial, I will show you how to Use Studio Drummer with Logic Pro X Drummer.

Setup Drummer the way you want by selecting a Drum Kit patch or manually choosing a player and modifying a kit. 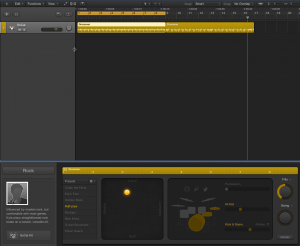 In the Kontakt Instrument track, create an alias by holding down option+shift while dragging the regions from the Drummer track. Also mute the Drummer track so that audio is only coming from Studio Drummer.

In Kontakt, load up Studio Drummer. 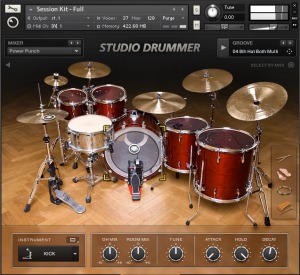 The amazing thing about trick is that changes made to the Drummer or automatically reflected in Studio Drummer because we used an alias.

Drummer uses GM so the default mapping works just fine. But there may be patches in Logic Pro X that are different. In those instances you can try another preset or manually create a midi map.I’m sure Native Instruments or some cool Kontakt user will come up with a proper map in the future. 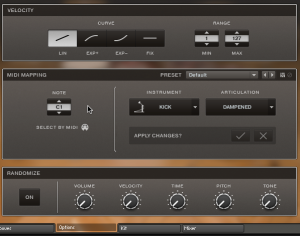 Drummer is very powerful and allows you make your own grooves that can be changed on the fly. And not only does this work with Studio Drummer but Modern Drummer, Vintage Drummer and all of the Abbey Road Drummer’s as well.

Visit: How to Use Studio Drummer with Logic Pro X Drummer