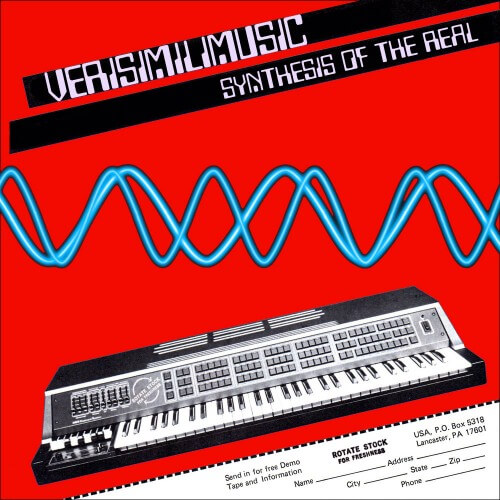 Verisimilimusic: Synthesis of the Real

Verisimilimusic: Synthesis of the Real

The article includes a ZIP file containing pieces present in the various chapters.

In other words, most people think of the sound that comes from a synthesizer as synthesis itself.

To appreciate the significance of where sound can come from today, we should remember a time when synthesis was a process of building a sound from scratch and not just, as we know it today, a matter of turning the device on.

There was a time when there was no device; there was only a process, a way of bringing sound into being, creating a platform from which sound slowly materialized.

Early forms of synthesis involved building: using an oscillator to generate a waveform (sine, square, sawtooth), controlling the frequency of the generated waveform (variable pitch v. fixed pitch), controlling the amplitude (volume), and creating any filters that may shape the tone.

Once a single sound was created, it could be recorded onto magnetic tape (saved) and either looped, spliced or played in conjunction with another created sound.

The process of creating sound was revelatory, but laborious.