Field recording is a nice activity for sound lovers and sample hunters from all borders. 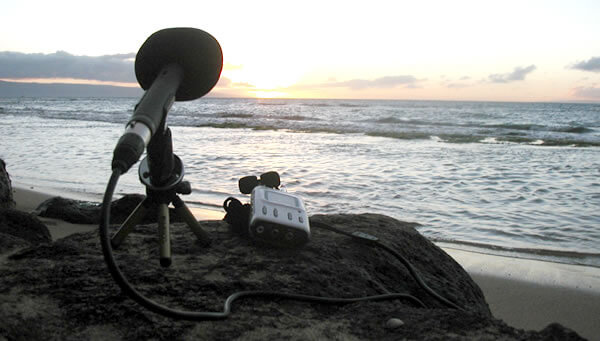 Field recording is a rewarding passion ! With a small amount of good equipment, a strong curiosity and few ideas… You could quickly start a collection of unheard and original sounds.

There is two schools in field recording, the first retain the purity of the original recording at the best possible settings.

It can be an ambience somewhere, a unique moment…

A bird singing in the nature, the noise of your shoes when walking through snow during winter, the end of an afternoon on a quiet beach when the sun goes down…

Life is full on wonderful sounds and even just a smartphone with an external microphone could get you up and running in the field recording bliss.

Walking through your city, in the surrounding nature or industrial parks will most likely put you in situations where communication and exchange will be the fruit of a positive and nutritive source of informations related to your recordings.

You could met with an old farmer, an old engineer or someone simply living near who know many unheard stories about the spot you decided to listen to.

And this is one of the important points of “field recording”… To document and inform your recordings.

The main video featured on this post is a documentary called “The Field Recordist”. It was made by Lawrence Barker.

In his own words :

“Audio field recordings act as a powerful trigger, transporting me back to the original place they were captured………They are more powerful than any image captured on camera and even surpass those caught on video – They are quite magical!” 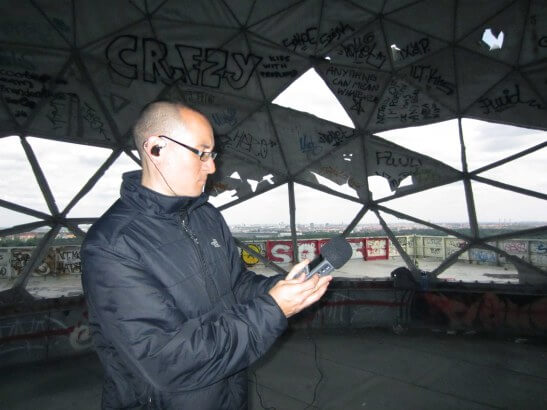 Then, there is the second school of field recording, using sound as a basic material waiting to be transformed, processed, sliced, (re)sampled, synthesized, destructed, and more…

A more experimental approach well explained by Richard Devine in this interview for Sonic Terrain :

Wherever you situate yourself, both ways of practicing field recordings can be used later in your own productions, a clean recording for an intro or an interlude referring to where the track or album was recorded… And fully processed new sounds in your main tracks. As an example. 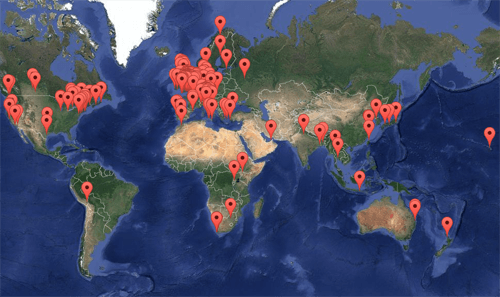 If you want to go deeper, a great two-parts article recently published at “Cities and Memory” should help you to master the basics !

What is “Cities and Memory” ?

Cities and Memory is a global field recording & sound art work that presents both the present reality of a place, but also its imagined, alternative counterpart – remixing the world, one sound at at time.

Every faithful field recording document on the sound map is accompanied by a reworking, a processing or an interpretation that imagines that place and time as somewhere else, somewhere new.

The listener can choose to explore locations through their actual sounds, to explore reimagined interpretations of what those places could be – or to flip between the two different sound worlds at leisure.

Visit their website, discover about field recording passionates, enjoy the cities sound maps and who know ?

Maybe field recording is now on your “To-Do” list ?