A young brand of lovely machines made in Moscow, Russia !

AVP Synth is a brand from Russia specializing in manufacturing and selling synth modules, drum machines and signal processing units.

We recently discovered this young team of synthesizer modules makers and instantly felt in love with their products. Well conceptualized and designed but at top of all, great sounding.

We decided to sat down and talk about their work. We learnt a lot about Russia’s relation to synthesizers and electronic music… 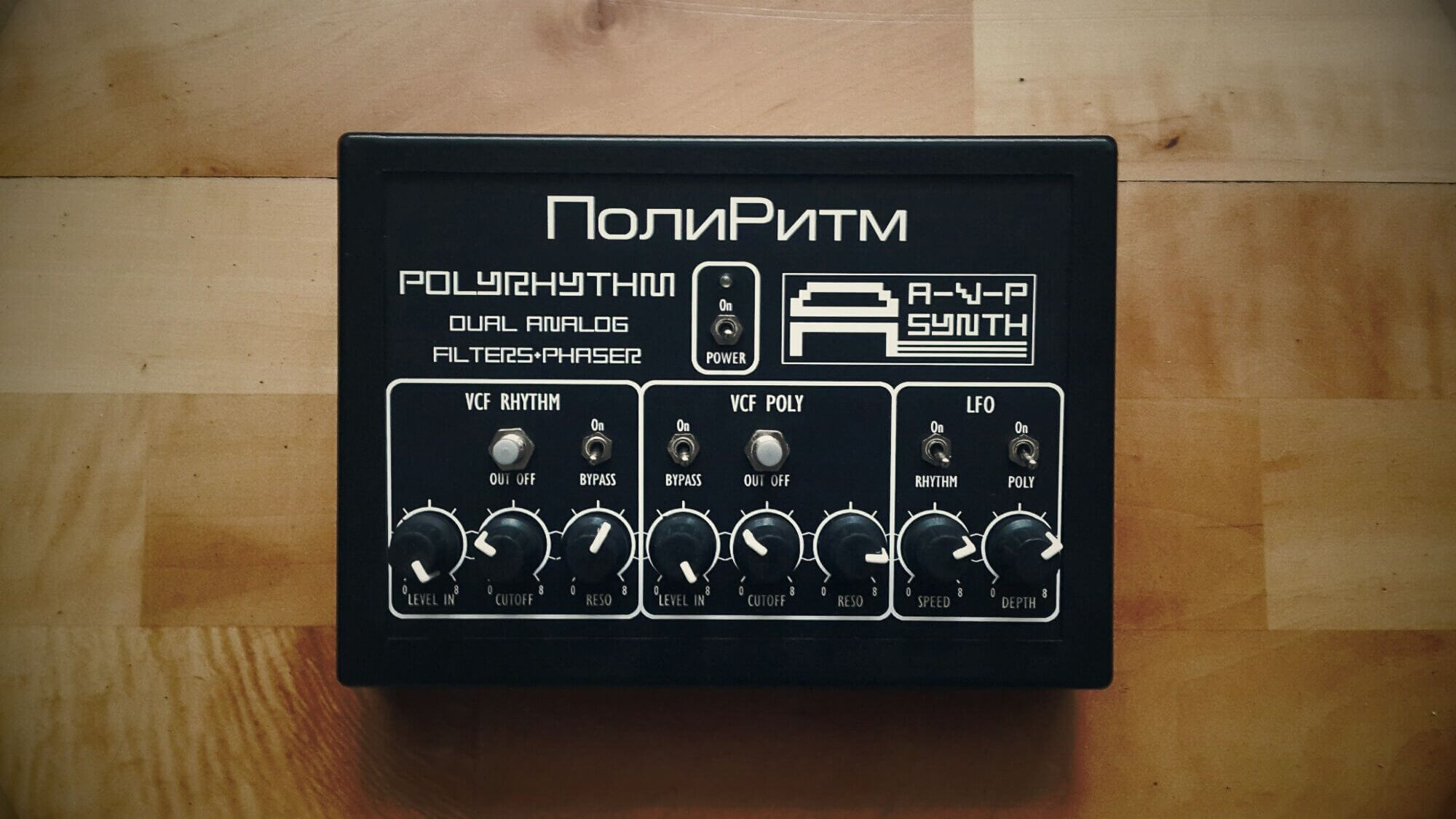 1 – So, to introduce you to our audience, please let us know where are you from and when was the first time you heard about synthesizers ?

The AVP Synth is based in Moscow, Russia. We are a team of two people – Alex Pavlov and me – Guga Guseyn. We are basically a start-up company, here is our facebook page (facebook.com/avpsynth) and fb group.

At the moment our website is under development and we are hoping to launch it soon.

As far as I remember, the first time I’ve heard about synthesizers was while watching the Soviet cartoons like “Tayna Tretiey Planeti” (The Mystery of the Third Planet) and similar. Music there was composed by the famous Russian musician, Alexander Zatsepin, who was one of the first to introduce synthesizers into his work.

Also, in the 80s, I heard Kraftwerk, Tangerine Dream and basically understood that electronic music made my mind tickle the most.

2 – Does Russia has a long history with Synthesisers ? Is there a brand that is or has been famous in your country ?

Actually, according to the history of Russian electronic synthesis, Leon Theremin was one of the founders who invented and patented the world’s famous Termenvox back in 1928! His work served as the introduction to electronically produced music.

It is also important to mention the ANS synthesizer built by Evgeny Murzin between 1937 and 1957, which uses the method of the so-called “graphical sound” production.

The ANS was notably used by another famous Russian composer Edward Artemiev, especially for his soundtrack to Andrei Tarkovsky’s movie “Solaris”. The sounds it produces are great for evolving ambient type drones and sequences which are truly unique.

Starting from the 1980’s, most of the Soviet military plants were ordered by the state to start production of consumer-type products such as organs, electronic pianos and synthesizers.

One of the most notable references go to the famous Formanta Polivoks (produced from 1982 up until 1991) – a synthesizer with a unique filter design and military looks which made it really stand out.

Below are some demo tracks which I recorded using only the Polivoks with some external drums:

There were a lot of other synthesizers produced at that time in the Soviet Union, including my favorite Estradin Altair 231, Alisa 1387, Solaris 314 and so on. These were mostly build around Moog schematics but due to the nature of the Soviet components their sound is rather different and so-called “fat” due to the fact that the oscillators are never exactly in tune. This all contributed to a more organic / fluttery sound which many musicians find fascinating and appealing.

3 – You created your own brand called “AVP Synth” ! How does this happened ?

The “AVP Synthesizers” brand originated from the initials of the company’s founder, Alex V. Pavlov.

Since the 80s, Alex has been actively engaged in designing, modernization and repair of synthesizers, electronic organs, and other audio devices.

Around that time he has started to experiment with his own devices, however the lack of available spare parts and components made it impossible to manufacture his ideas to a standard.

In the late 2000s, as more opportunities for mass market production arose, he decided to start putting his ideas to good use.

Around 2015, Alex and I decided to look into exporting our products, which brought us here today.

4 – Are you working alone or surrounded by a team of collaborators ?

At the moment, it is just Alex and me. I’m more on the demo, presentations, marketing and sales side of things. We are hoping to eventually expand based on the demand of our fellow musicians and friends 😉

5 – Have you been influenced by american brands like Moog or Buchla ? Or by Japanese ones like Roland or Yamaha ?

Of course, we are inspired by all of these great brands!

Mostly Bob Moog, especially taking into account that he created the first principles of analog synthesis (vco, vca, mixer, adsr and etc) to an industry standard. Roland, Korg and Yamaha are also a big influence.

When you think about, especially from a sound designer’s point of view – synthesizers, drum machines and effects can be percieved as spices being added to a dish in order to produce a texture of taste. The more spices you have, the more you can experiment to produce beautiful tones and sequences.

I myself am a big fan of Roland Juno line as well as Moog Minimoog (I own an Altair 231 which is basically a Soviet copy of the Minimoog).

They are all great with their own characters and tempers.

6 – What was the biggest difficulties you encountered building a new brand of Synthesizers ?

The biggest challenge is to make something more or less interesting, which is not yet available on the market.

Taking into account that we are just starting up especially with the export side of things, we are trying to build a good place in the audio manufacturers scene and stay true to our customers despite various challenges.

I am always keen on personally communicating with each of our clients in order to make them most comfortable with their requests and purchases. We know that we have a long way to go and are quite happy about it. 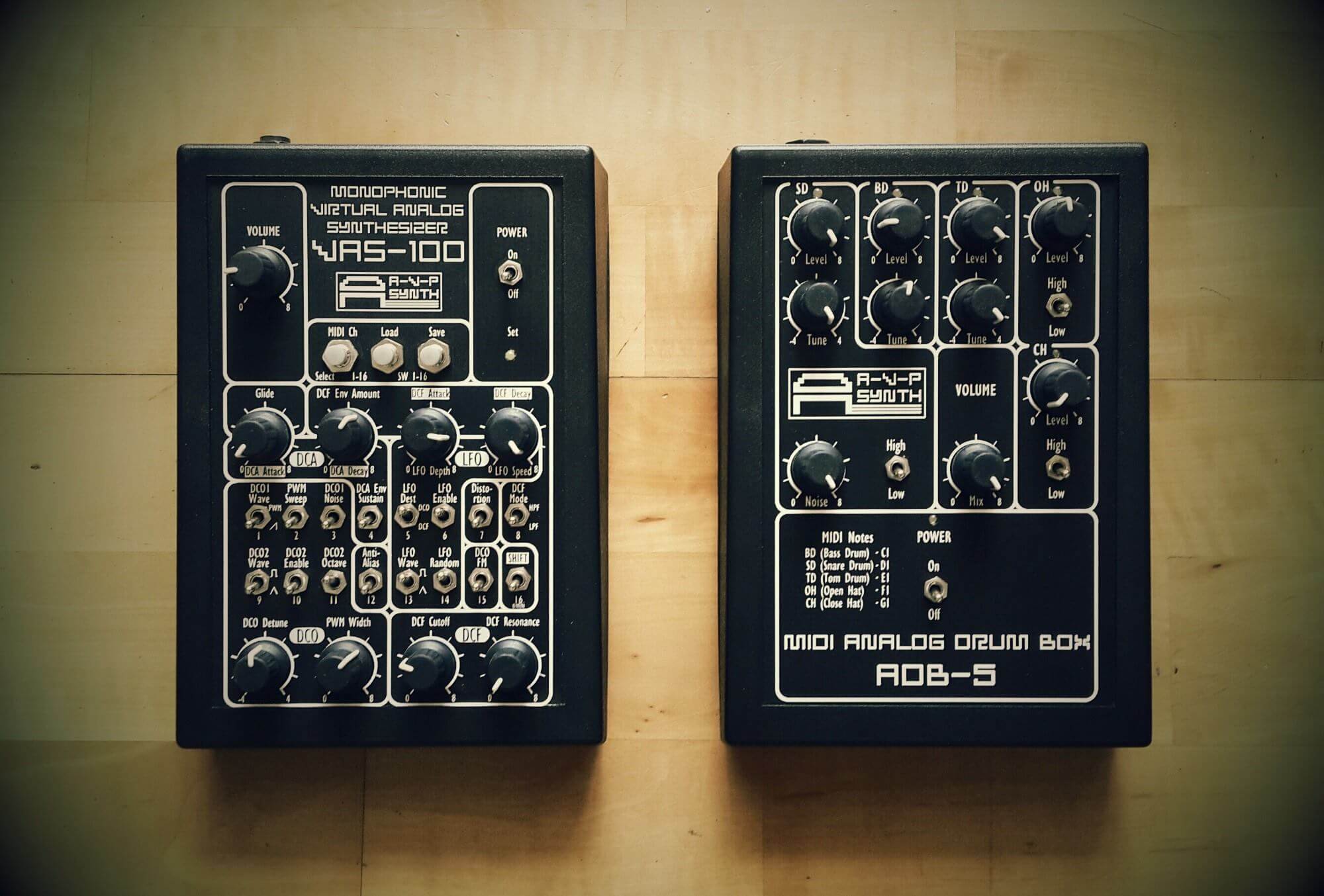 7 – You already have three modules in your catalogue right ? And I must say that they are truly lovely music instruments ! And talking about music instruments, do you make music yourself ? If yes, where can we hear about your sounds ?

Thank you very much! Actually, we have discontinued VAS-100 synthesizer but are currently working on the new ones which we will surely introduce in the nearest future, so keep up 😉

I personally produce music using an array of vintage, modern and Soviet synthesizers.

You can hear some of my tracks/eps and demos in the links below:

8 – So, there is the Polyrhythm Dual Analog Filters + Phaser, the Analog Drum Box ADB-5 and the Monophonic Analog Synthesizer VAS-100. They are relatively small sized and I was wondering if you had any interest in releasing future modules in the Eurorack format to fit into modulars ?

At the moment we are staying in the desktop format mostly because of the economic reasons but we are surely thinking about the Eurorack format and I believe it will eventually be possible! Just keep in touch and we’ll see how it goes!

9 – As we said, you’re based in Moscow (Russia). Do you deliver your products worldwide ?

We use an express shipping method (door-to-door) instead of standard one. We are keen to make our customers as comfortable and satisfied with our products as possible which is why we originally decided to go for the express shipping. Usually, the shipping takes around 14 working days max. to get to our clients whether they are in the US, Europe or Australia depending on the local custom’s timing.

10 – What can we expect from you in a near future ? Thanks a lot for your time and excellent work.

We have just released the PolyRhythm – the dual analog soviet filter box which we are quite excited about and we are currently working on a new desktop synthesizer which sound and features are expected to be quite interesting.

Also, we always brainstorm and analyse existing markets, music maker’s needs and new technologies which we can implement in our products to bring out the best in terms of quality and price.

Thank you very much for having us and keep in touch!