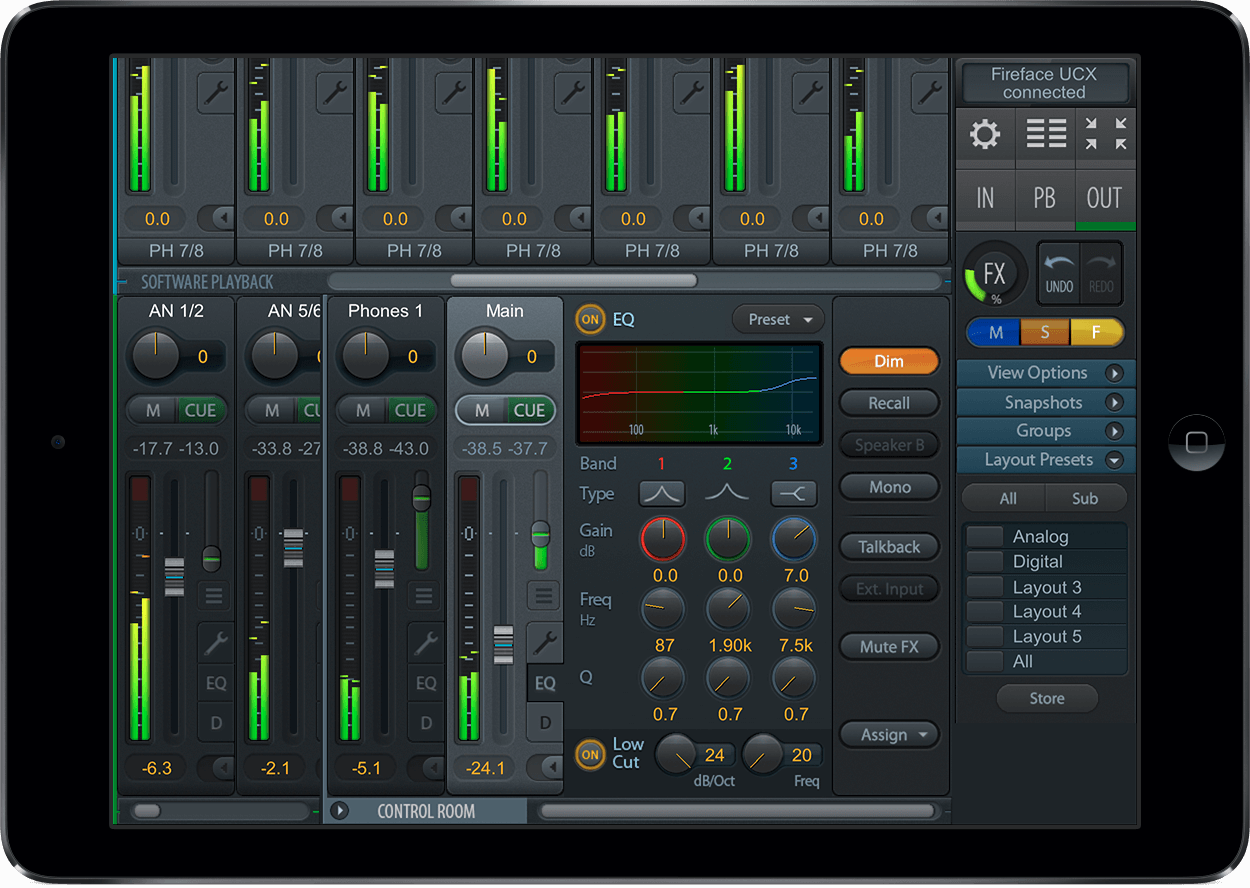 ‘TotalMix FX for iPad’ is RME’s Windows/Mac software TotalMix FX ported to iOS. It gives control over the mixer and effects of the supported audio interfaces Fireface UCX and Fireface UFX, when these devices are in Class Compliant mode.

TotalMix for iPad does not work wirelessly, and is no replacement for typical remote software (like Lemur / TouchOSC). TotalMix FX for iPad runs on any iPad and iOS version 5.0 up, using only low resources.

The latest version of TotalMix FX for iPad 1.30 is now available on the App Store. While the new version no longer supports the original (first) iPad, it runs perfectly well from iPad 2 to the latest iPad Pro.

Version 1.30 adds support for iOS 9 and the iPad Pro. It is compiled for 64 bit operation, supports slide over and split view, and enables the full resolution on the iPad Pro.

Version 1.30 also adds the options ‚Loopback’ and ‚EQ for record’ with Babyface and Babyface Pro.

RME TotalMix Fx 1.3 for iPad is available at the iTunes App Store :