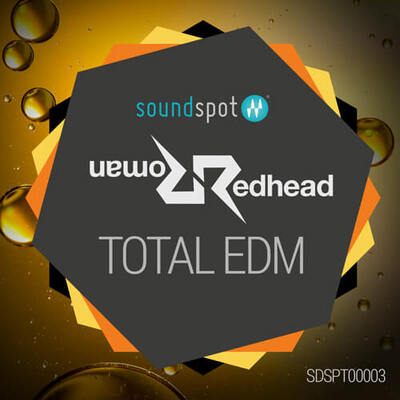 Redhead Roman was born in 1992 and is a Producer, DJ, and sound effects designer from Czech Republic. Roman has been the driving force between many a sample pack over the years and has produced a wide range of sample packs for the infamous W.A Productions who have received support from some prominent names in the music industry such as the Futuristic Polar Bears, Austin Leeds & Starkillers to name but a few. Recently Roman has been collaborating with the mighty Austin Leeds who has worked with a plethora of dance musics finest including the legend that is Paul Van Dyk and has release multiple tracks supported by the worlds finest EDM artists.

This sample pack has been painstakingly crafted by Roman and contains everything from big snare drum samples to dirty bass heavy kicks, melodic midi files to awesome sound effects. Whether you’re a budding EDM producer or a seasoned industry veteran, if there’s one pack you need in your library then this is it. The pack will help you to get that professional sound from your next EDM productions time and time again.

The pack contains 670 Files & loops including: