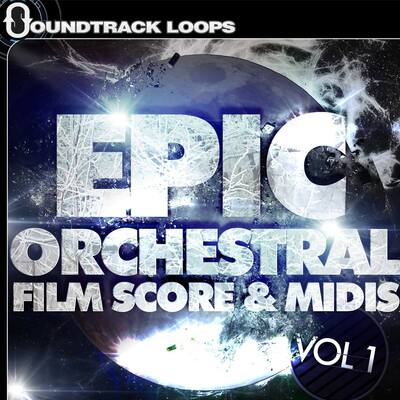 Action! Suspense… DRAMA and wHiMsY – Use Epic Orchestral Film Score and MIDIs for your next project and it’ll become a masterpiece!

In total there are 145 long 16-32 bar loops for six kits and supporting MIDI performances for five of the six kits.

Remix each piece into a customized soundtrack or use the instrument loops as standalone elements to sculpt screen action into crescendo.

All film aside, we also recommend using these sounds in other genres such as Trap, Hip Hop, Dubstep, EDM, Break Beat, and Industrial.

Tempo and key information are in the file names as well as metadata.