Sales:
7
Brace yourself for possibly the biggest fattest and most useful Sylenth Presets made as SMASH...
2 stars, based on 1 reviews
ADSR_0288_0002
Smash EDM For Sylenth
Triad Sounds
$
20.00
https://www.adsrsounds.com/product/sylenth/smash-edm-sylenth/ 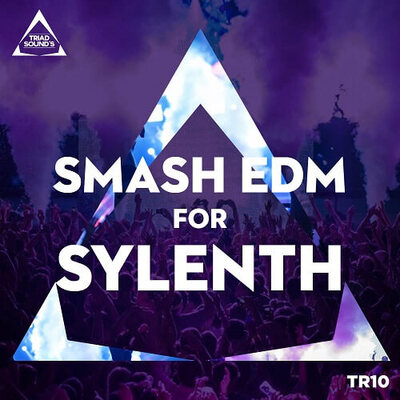 Brace yourself for possibly the biggest fattest and most useful Sylenth Presets made as SMASH EDM FOR SYLENTH has arrived!

The pack is filled with a total of 113 new Sylenth Presets suitable for all EDM genres like: Electro House,Progressive House and Melbourne Bounce!

Are you an EDM producer and one day want to hit that Beatport number 1 slot? well this pack contains presets inspired by the biggest and most powerful bangers in todays market.

SMASH EDM FOR SYLENTH has everything you need for your next EDM banger. Ranging from from Electro Leads,Punchy Basslines, Melodic progressive synths and fat Drop Presets.

Each of these fresh and fat presets has been designed to give your track a unique power and massive sound.