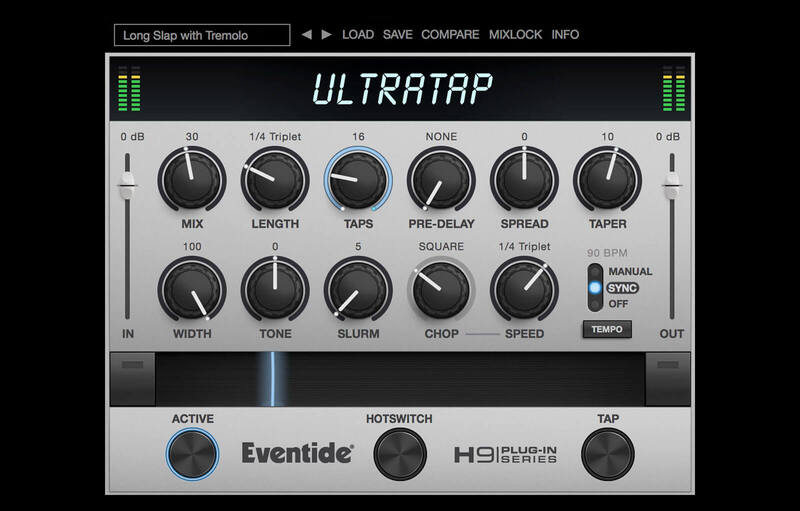 It’s the perfect tool for creating drum fills, vocal choruses, swelling guitar chords and other evolving effects — everything from reversed reverbs to a massed church choir singing a Gregorian chant in Notre-Dame Cathedral!

Think of UltraTap as the mother of all Echoplexes and you won’t be too far off. That’s basically how it operates but with the flexibility to add as many ‘tape-heads’ as you want and expressively control their positions and levels.

Designed for real-time manipulation, UltraTap features The Ribbon, an innovative control which allows you to program two settings for any combination of the controls and seamlessly transition between them.

The programmable HotSwitch allows you to instantly jump to an alternate setting at the push of a button. This combination of controls is intended to bring you as close as possible to the experience of tweaking real hardware.

This unique effect has been ported directly from the award-winning H9 Harmonizer. All of the H9 presets have been converted to work with the plug-in and have been included, as well as newly created factory and artist presets. Now you can use all the delays, reverbs, chorus and modulation effects that guitarists and synth players have grown to love. Best of all, The Ribbon has been optimized for live use with your favorite DAW.

A Brief History of UltraTap

It all started in 1982 with the world’s first rack mount programmable audio processor, the Eventide SP2016, where a flexible 64 tap delay debuted as part of its Factory Program suite. By the late 80’s UltraTap had migrated to the legendary H3000 Harmonizer effects processor and then to the DSP4000 and H8000. Thanks to advances in technology, we were able to include UltraTap in a portable compact form factor, the H9 Harmonizer stompbox. And now UltraTap has come back to the studio via your DAW and FOH environment, where it all began 35 years ago! 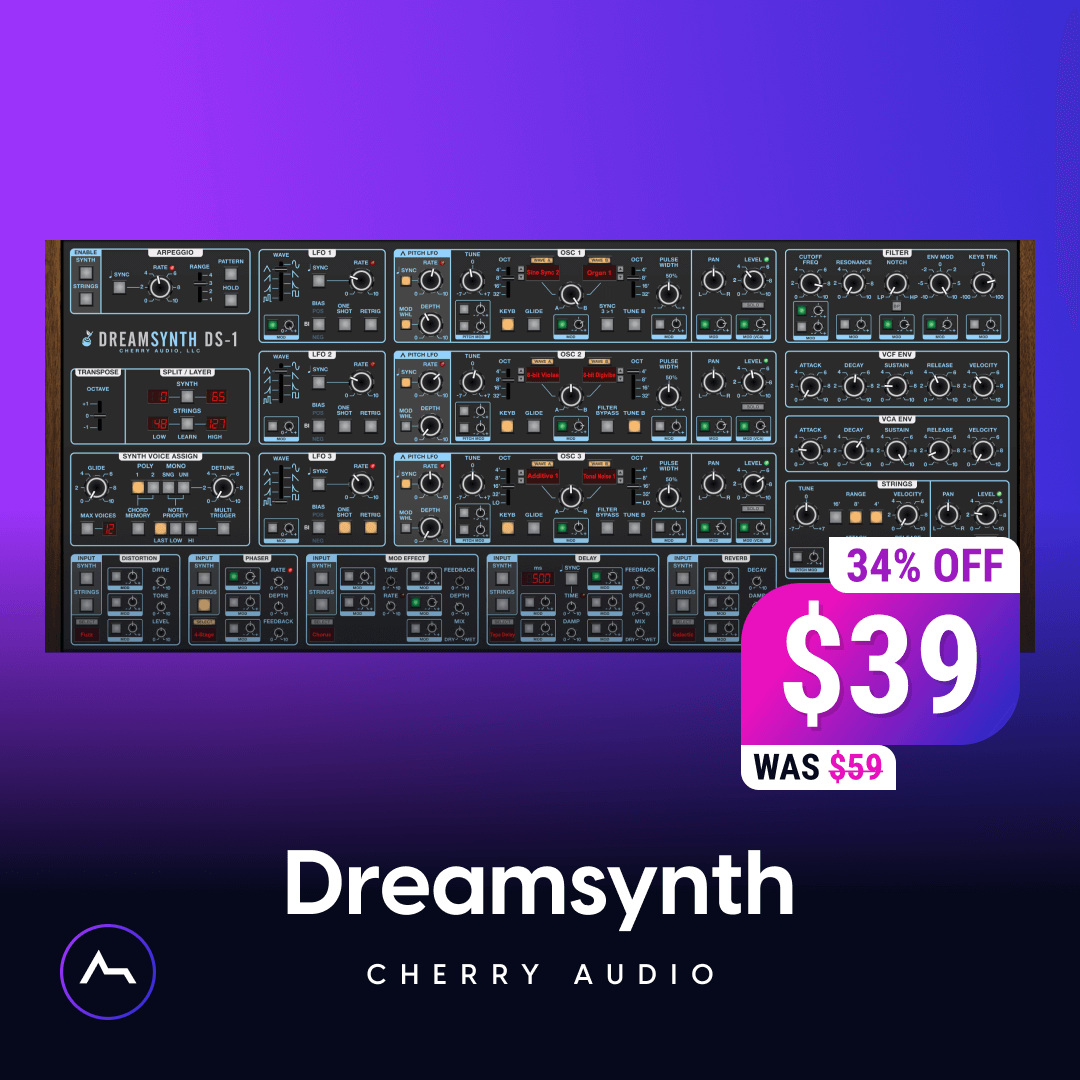 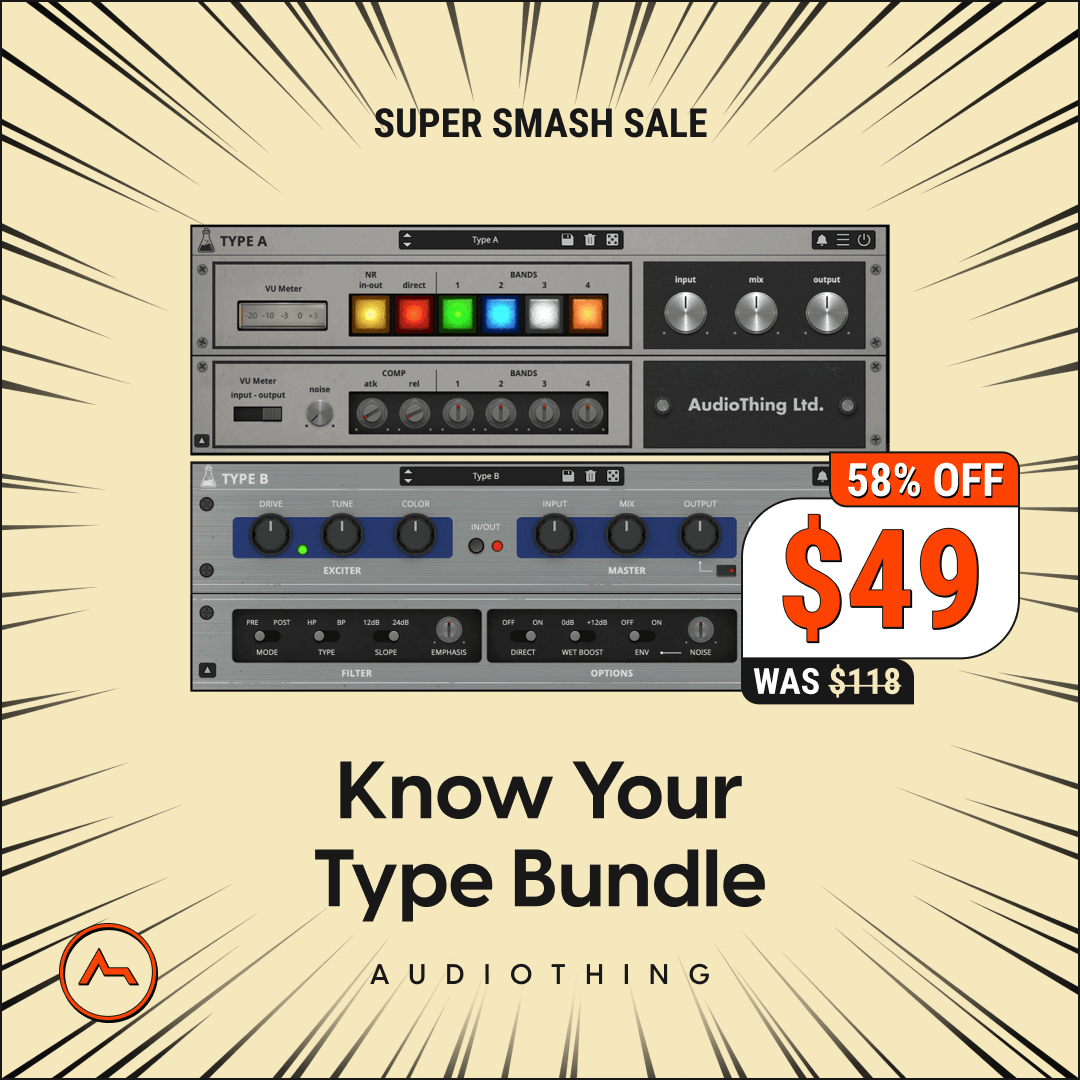 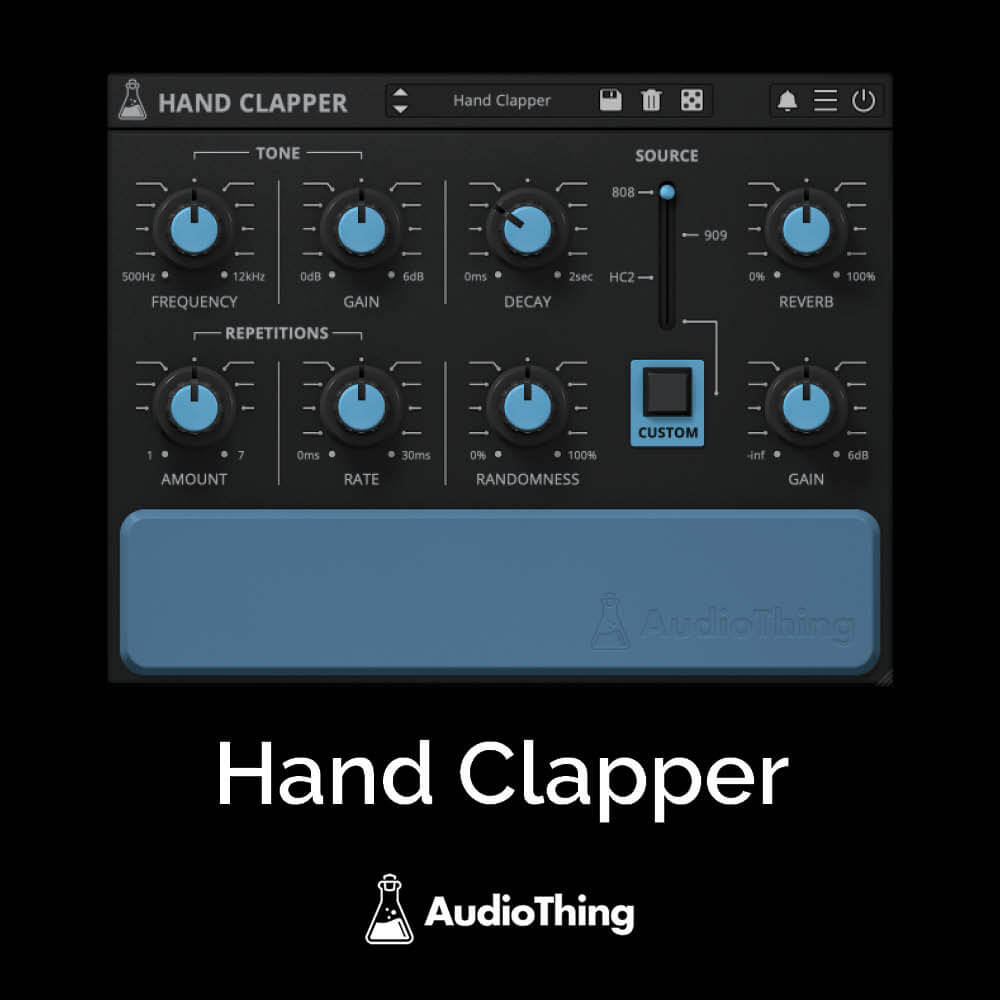 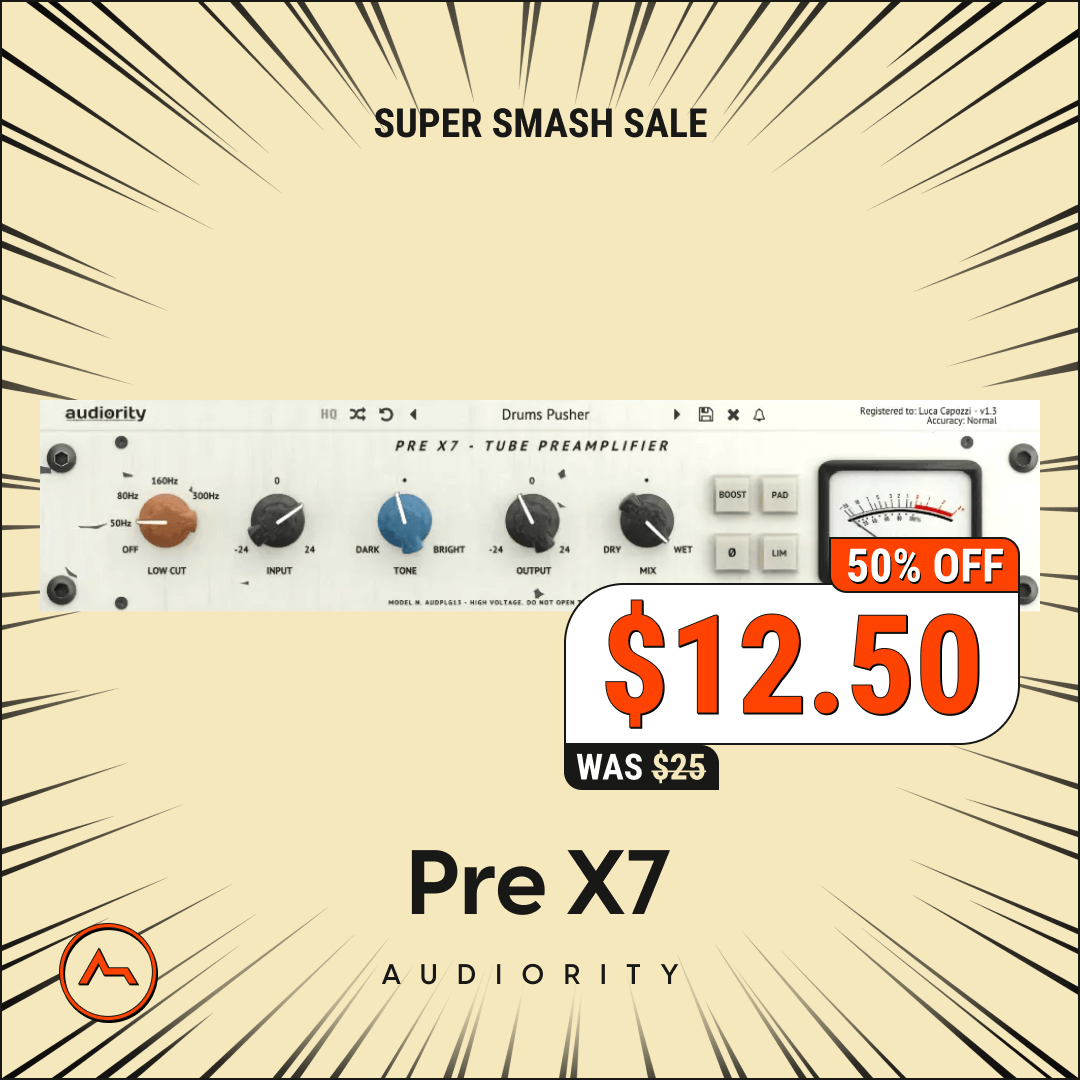 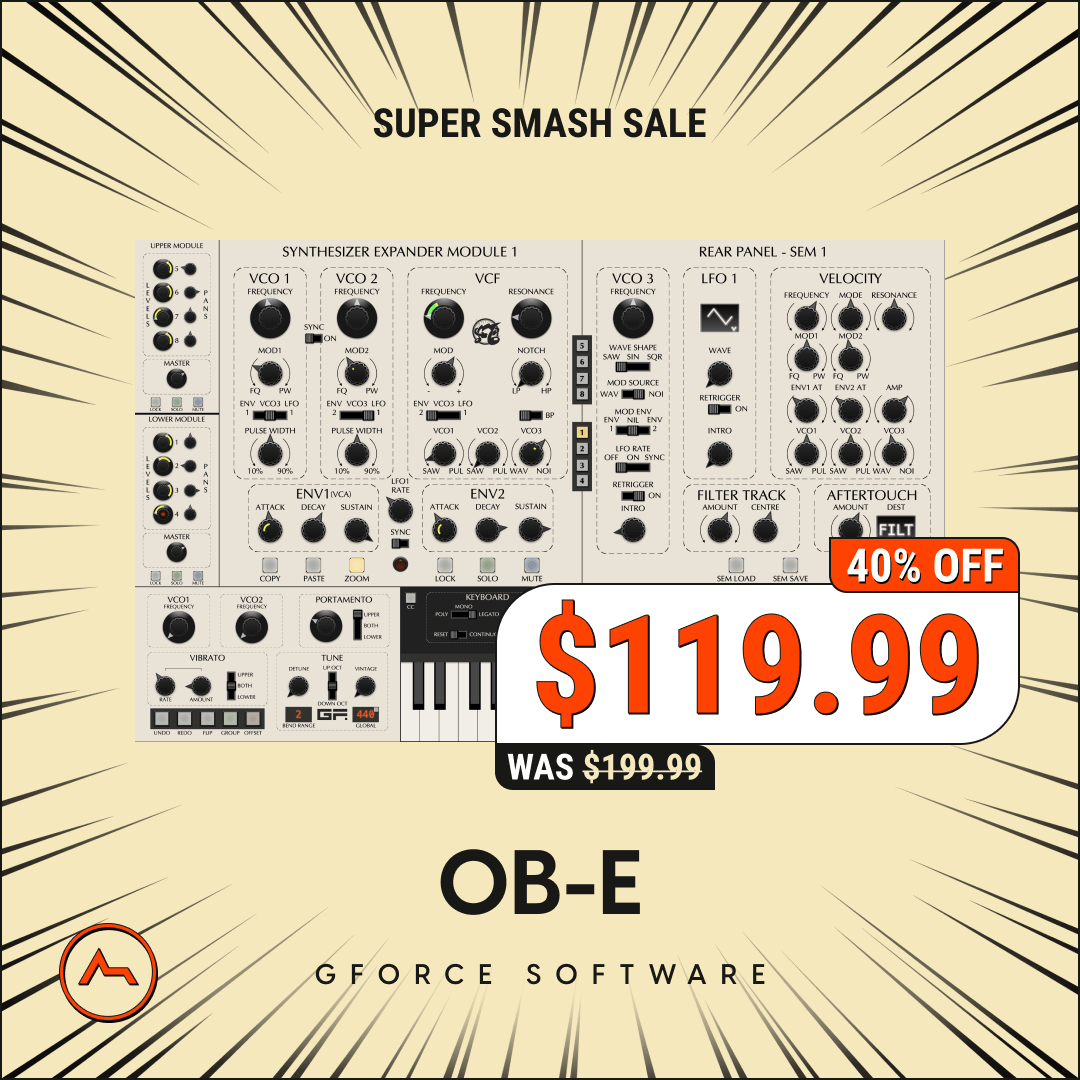