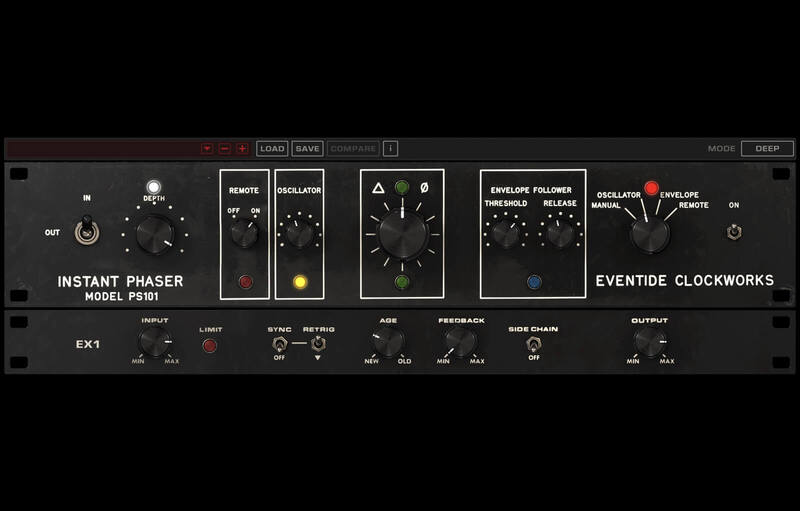 Own the First Studio Phaser

Released in 1971, the Eventide Instant Phaser began the studio effects revolution by successfully simulating tape flanging, an effect that’s been at the core of legendary albums for the last five decades.

Reminisce back to a phaser with analog personality, smooth modulations, and inherent musicality. Outfitted with a complete host of control options, the Instant Phaser Mk II is out of the rack and into your plugin arsenal. This new emulation of the classic effect accomplishes the same legendary sound notably used on hits like Led Zeppelin’s “Kashmir” and “Presence”. The capabilities have been expanded, and now you can even take your phaser on an excursion from the 70s far into the future with the delightfully characteristic “Age” knob.

New Age, Old Age, and Everything in Between

As hardware phase-shift networks get older, they don’t line up as well as they used to, revealing their analog character. The resulting effect is less exact, for tracks where imprecise nature is desired. While component drift and unintentional effects are usually omitted in hardware emulation, we’ve decided to put the ball in your court. For a phasing sound that’s straight out of the factory, set Age to 0%. To capture the sound of the same phaser 47 years later (present-day), set Age to 25%. The remaining 75% allows you to discover the Instant Phaser among the wreckage of a dilapidated studio hundreds of years from now and check it out on your new single.

Change the Feel, Switch the Mode

The Instant Phaser Mk II offers three different sonic characteristics that change the amount of phase-shift sections, simply labeled “Shallow”, “Deep”, and “Wide”. When “Wide” is selected, the Instant Phaser Mk II gives you a different amount of phase-shifting on both right and left channels, resulting in a slightly different effect in each ear. You can use this to turn flat mono guitars into huge stereo leads, or make your single-channel synthesizer fill out the sides of your mix.