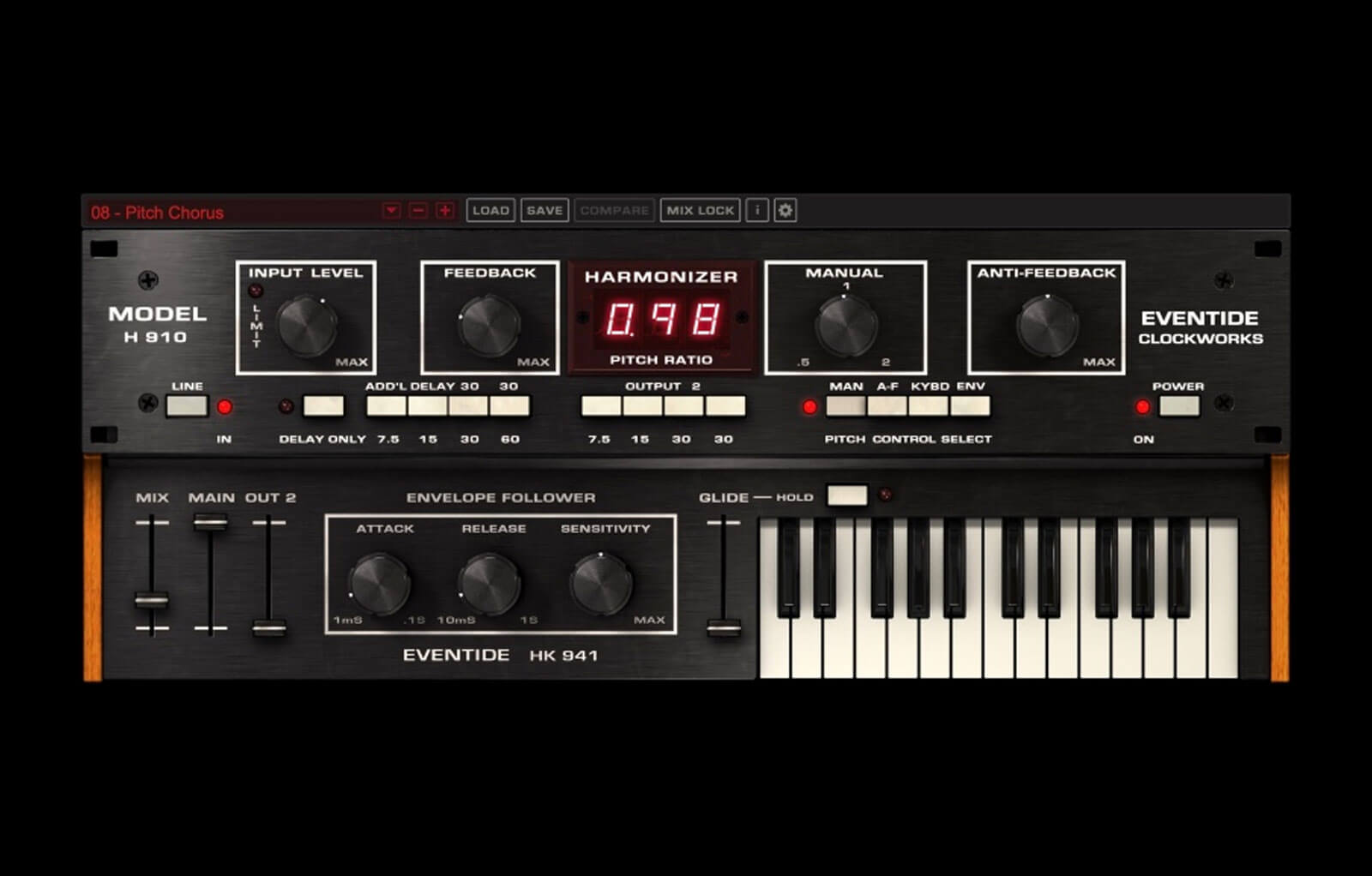 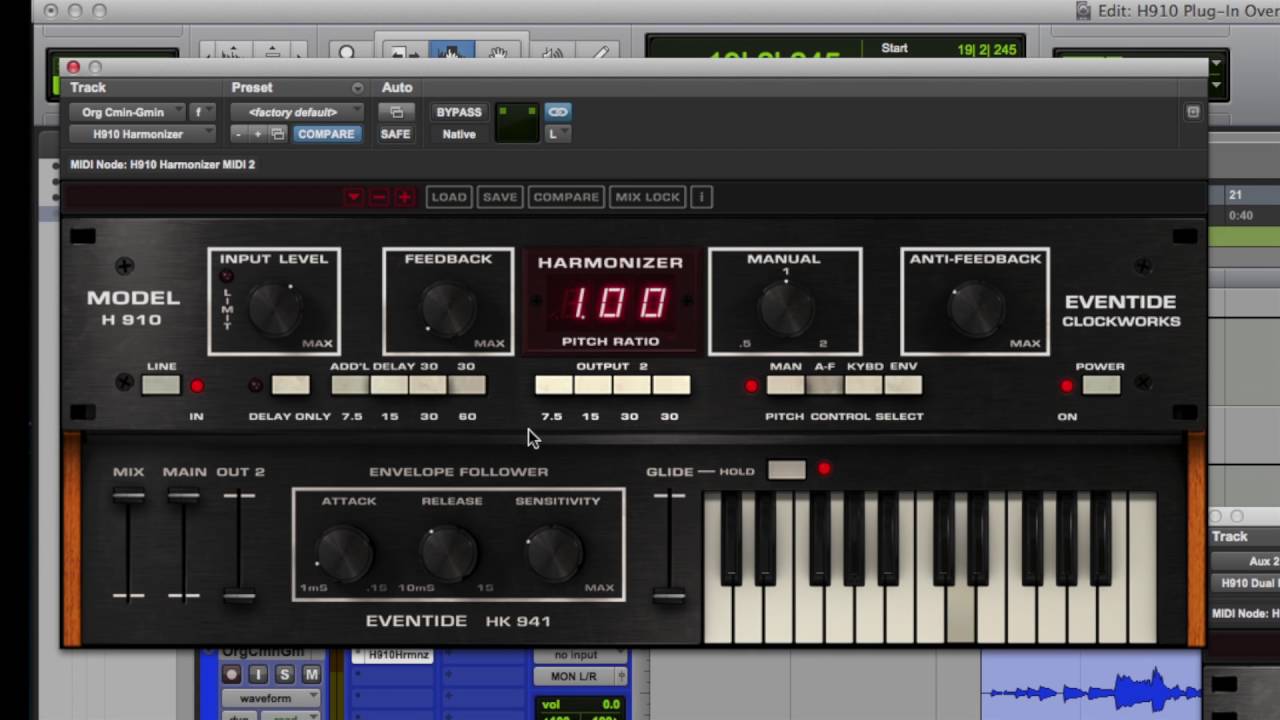 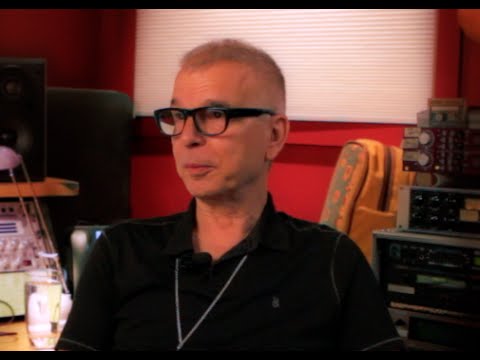 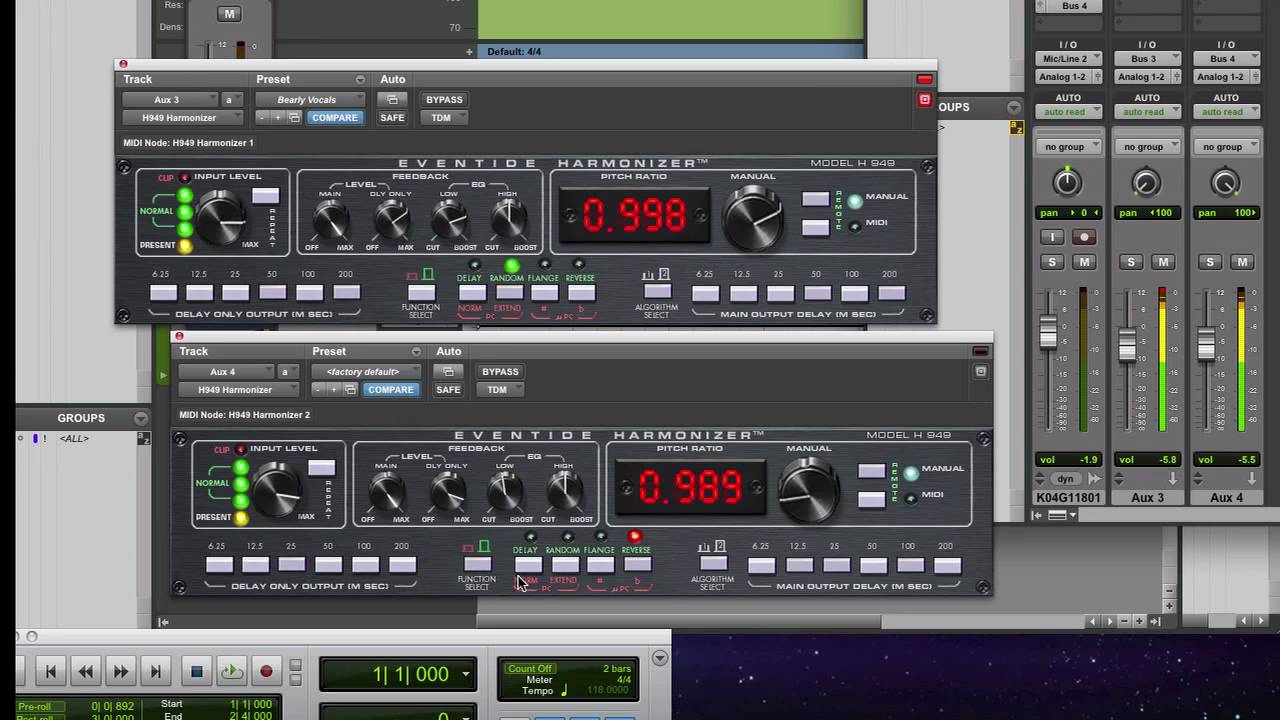 The H910 Harmonizer was the world’s first digital effects processor.

With its unique combinations of pitch shifting, modulation and delay, the H910 can be heard on countless ground-breaking works by artists from AC/DC to David Bowie to Frank Zappa. Simply put, nothing sounds quite like it.

A number of enhancements have been added to this release including Keyboard and Envelope pitch control modes, Output 2 Delay Group and a Mixer. This H910-EKD (Envelope/Keyboard/Delay) as it is known, allows the plug-in to be even more responsive to your sound.

The recreation of the original piano-style keyboard remote control allows you to play musical pitch offsets and blend in a second delay line by using new mixer controls for added stereo sound. The new envelope follower uses the input signal to bend the pitch.

Two is Better than One

When you purchase the H910 Harmonizer plug-in, you also receive Eventide’s exclusive H910 Dual Harmonizer. This version recreates the popular technique of running two H910 units in parallel to create lush doubling and other interesting effects.

The H910 and H910 Dual feature hundreds of presets and include a number of artist presets.

The Glitch is Back

The original H910’s unique pitch change method introduced random ‘glitches’ into the audio and the word ‘glitch’ into the audio engineer’s vocabulary. Not surprisingly, artists found creative ways to use the glitch and, in fact, years later when the H949 was introduced with advanced de-glitching circuitry, some users were disappointed that the glitch was gone. In addition to the glitch, all of the quirkiness of the original H910 has been emulated.

The design predates the introduction of the CD and digital audio sample rate standards (e.g. 44.1 kHz) by nearly a decade. The system clocks at the heart of the design drifted and wobbled introducing a degree of randomness in the effect not found in later crystal-based, precise digital devices.

This was evident in the way that the display would flicker between pitch ratio readings. The combination of glitch, randomness and analog signal path, especially when the feedback control was turned up, added an ‘organic’ feel to the sound and that feeling comes through in the plug-in.

Eventide has painstakingly modeled every section of the analog signal chain to recreate the sounds of the original H910.

The original H910 was a 100% software-free, analog and digital processor that predated the earliest practical ADC or DSP chips by several years.

It used simple digital logic gates and some of the earliest RAM memory chips but was, in large measure, an analog beast.

A custom analog-to-digital converter, companding, filtering and analog feedback combined to give the unit a distinctive sound which this plug-in faithfully re-creates.

H910 Hall of FameIn 2007, the H910 was inducted in the technology Hall of Fame. The list of famed producers, audio engineers and musicians that still use it to this day—either in hardware or plug-in form—is a veritable “who’s who” of the recording industry.

Once you have the H910 in your arsenal, you’ll wonder how you ever lived without it. 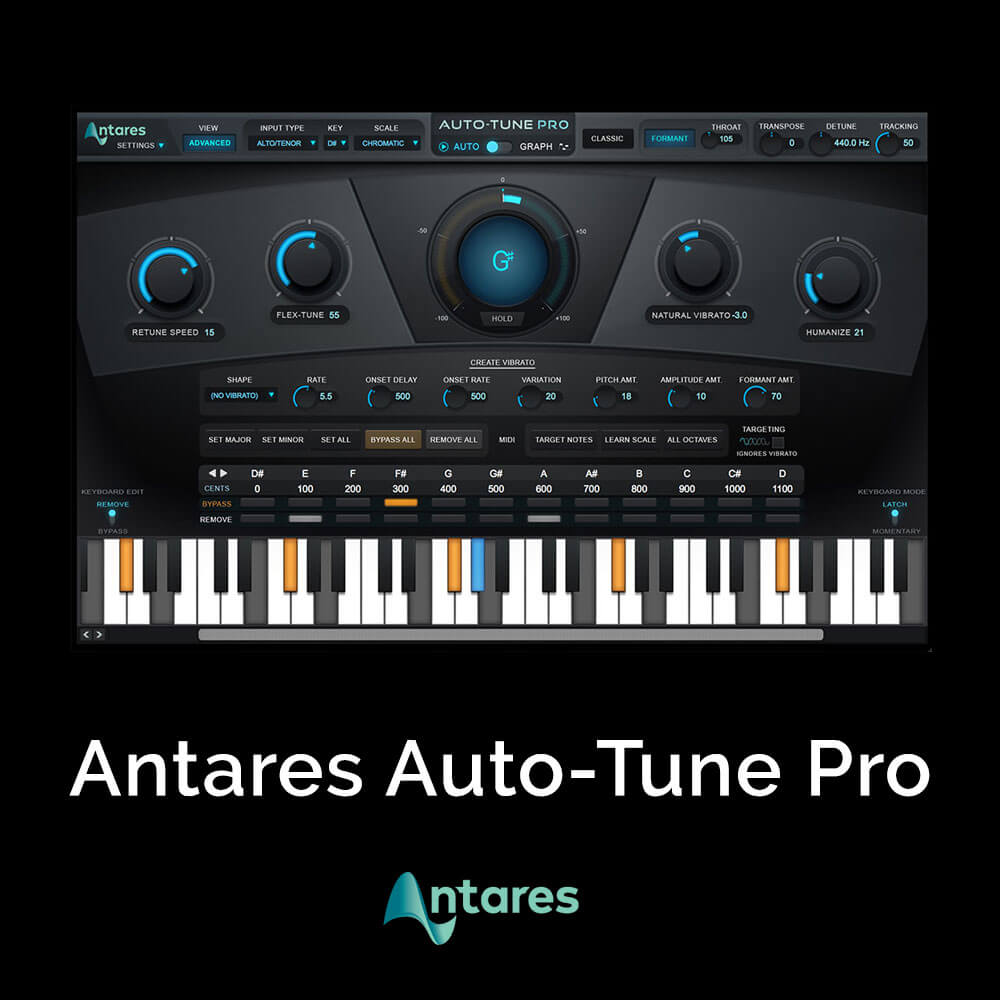 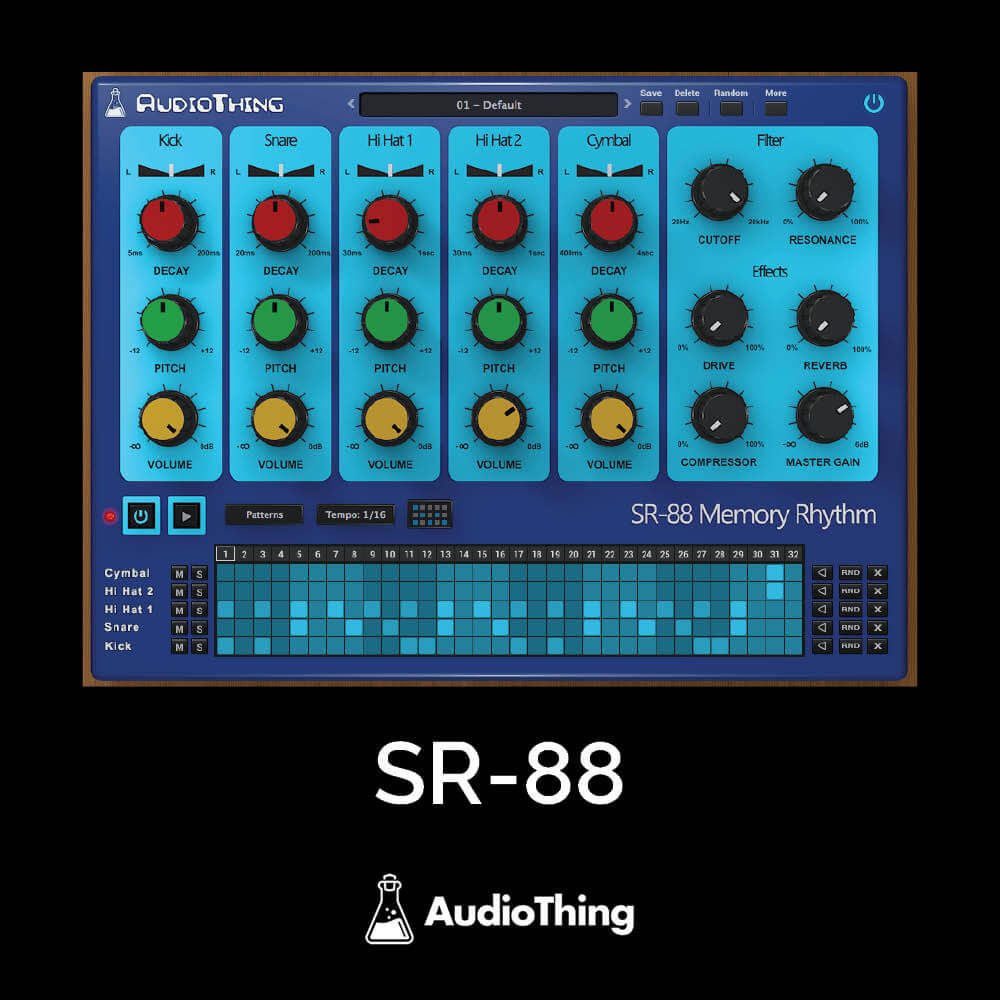 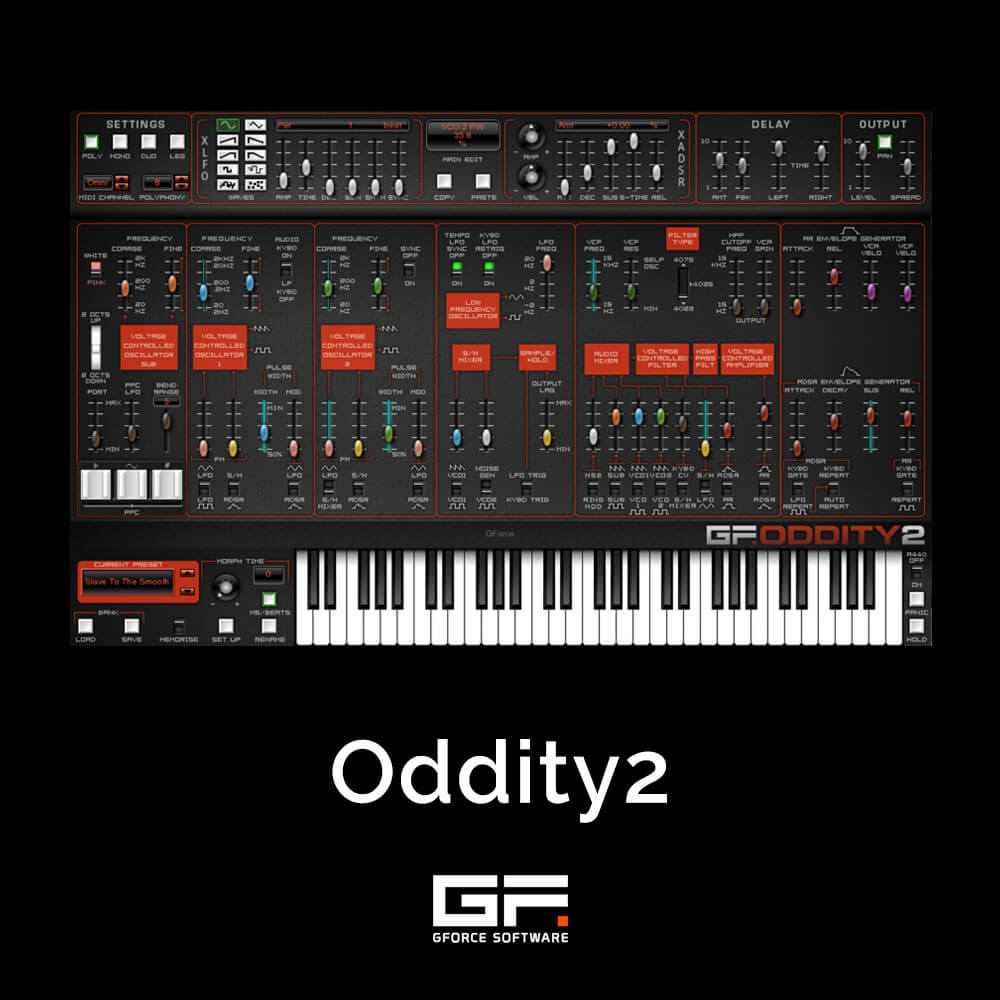 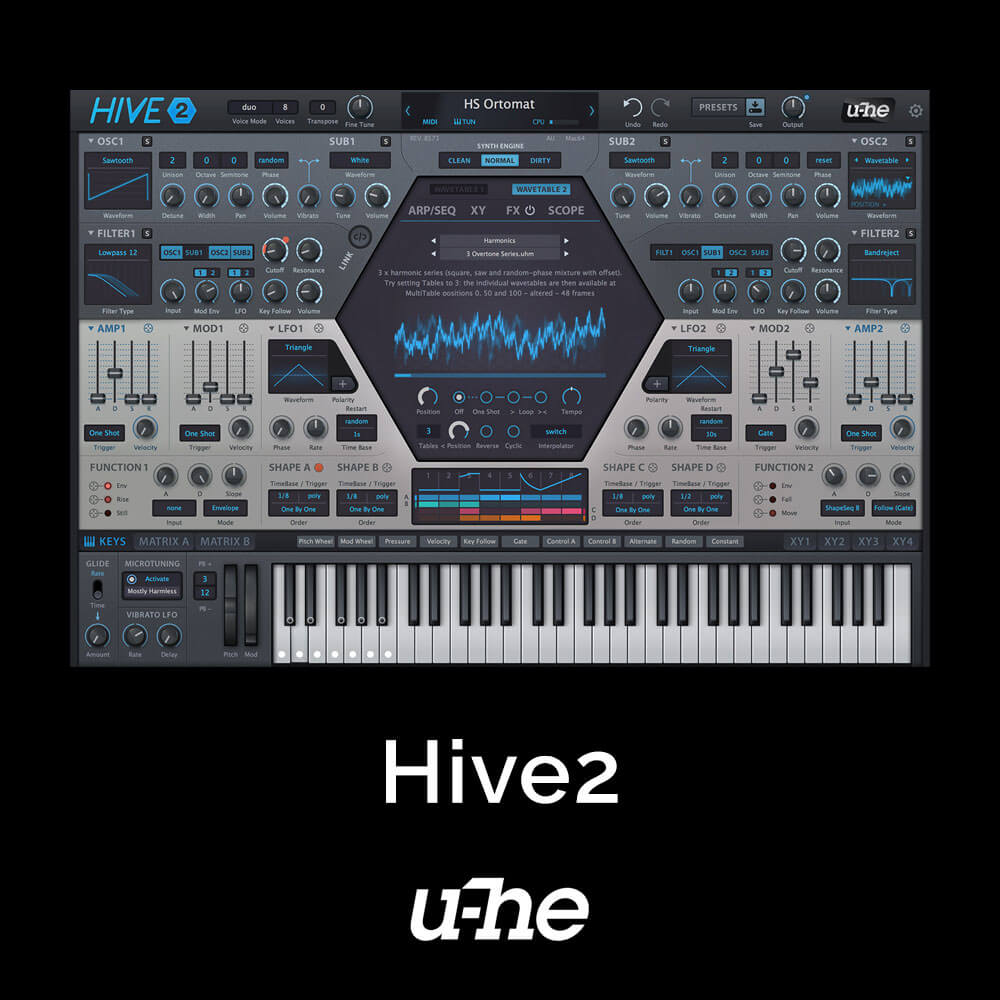 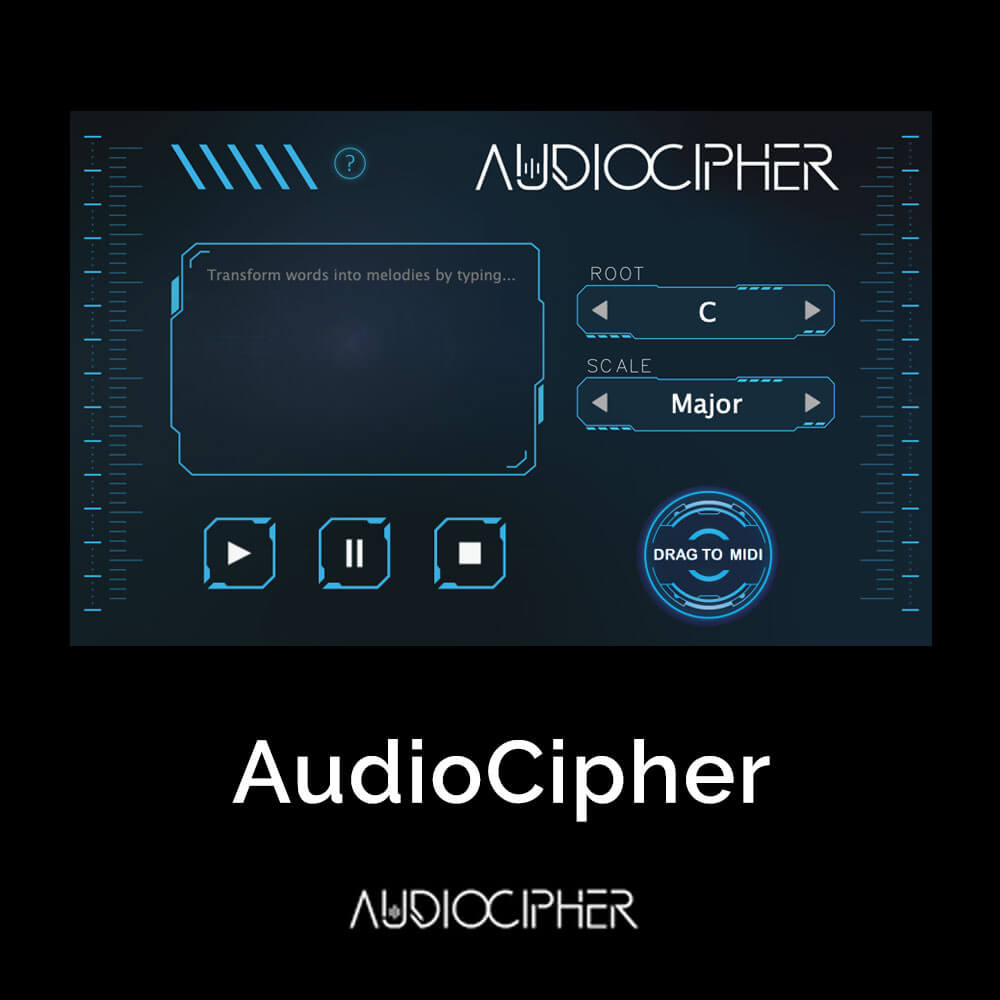