Sales:
3
Introducing : World Elements 2. The sequel of the most beautiful sounds Harmor can play ever is...
ADSR_0115_0009
World Elements 2
WeatherM
30.00
https://www.adsrsounds.com/product/presets/world-elements-2/ 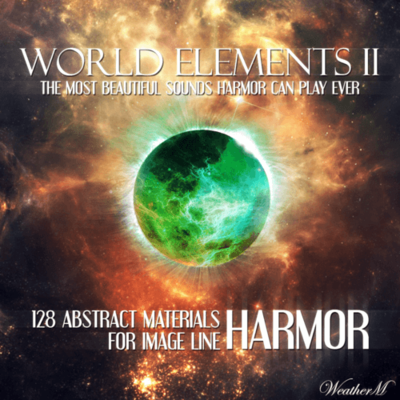 Introducing : World Elements 2. The sequel of the most beautiful sounds Harmor can play ever is back. World Elements is an Ambient sound bank that has consistently received lot of attention by Harmor users. Compared to the earlier version, ‘World Elements 2’ has leveled up its usability as well as volume.

Synthesis without re-synthesis. By having an entire preset not using Image/Audio Re-synthesis,
‘World Elements 2’ gives a definite clear sound and has a very small capacity after compression which is about 300kb.
Sound made like this not only has a better clarity, but also a broad chance in customizing if you are skilled in synthesizing as well.

Modulation beyond modulation. Unlike this typical modulation, the modulation of ‘World Elements 2’ is programmed focused on creative use and dramatic modification.

Expanded Versatility. Having an enriched usability compared to the earlier version, ‘World Elements 2’ has made big reinforcement in sound from many categories such as Bass, Lead, Bell.
Especially the Bell, Electric Pianos have been made with great effort.