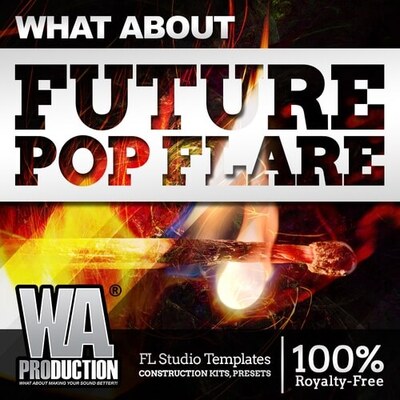 What About: Future Pop FLARE

What About: Gore Sounds & FX

What About: Sheltered Electro Pop

What About: Seismic Slap House

What About: Heavenly Vocals

What About: Bruising Bass House

What About: Future Pop Flare is a hard hitting pack in the world of Future Pop.

Future Pop is a sub genre that breaks off of genre such as General Pop music, and Future Bass and sometimes Future House. Future Pop is used a lot on mainstream songs and has been taking over the radio stations lately with some tracks winning song of the year, and some of the artist winning artist of the year.

The Chainsmokers being one of the most recognized producer duo to break into the scene with trademarked titles like “Closer”, “Something Just Like This” and “Don’t Let Me Down”.

The genre actually dates back to the early 2000s, but has had a some what slow up rising in the mainstream scene, with only gaining full recognition in in the last 2 years. But man, did it cause a wave of love for the genre.

With some of the tracks gain millions of plays and hundreds of thousands of downloads, Future Pop is without a doubt one of the most successful genres of EDM know to date.

We can assure you this pack is amazing. With every Construction Kits come a full and amazing FL Studio Template!