Sales:
152
After much anticipation we’re excited to bring you a brand new Future Bass pack for Cthulhu to...
5 stars, based on 4 reviews
ADSR_0241_0059
Future Bass CHRDZ for Cthulhu
Surge Sounds
$
50.00
https://www.adsrsounds.com/product/presets/surge-sounds-future-bass-chrdz-for-cthulhu-future-bass-cthulhu-presets/ 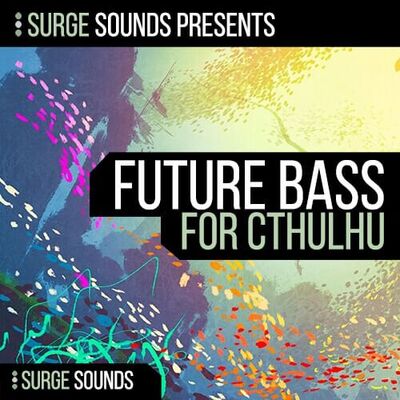 After much anticipation we’re excited to bring you a brand new Future Bass pack for Cthulhu to enhance your compositions. Future Bass CHRDZ for Cthulhu!

These chord presets are taken from 11 of our top Future Bass bestsellers. All these chords are not random, but are tried & proven to work in current top charting Future Bass hits.

Each one was carefully designed by Surge Sounds’ top producers over the course of 2 years!

Major, Minor, 7th, Sus2, Sus4, Add9 and Add11 Chords, it wouldn’t be far off to say this pack has every chord in today’s Future Bass top hits.

Future Bass CHRDZ for Cthulhu comes loaded with 180 tried & proven Cthulhu chord presets with an average of 38 chords per preset all geared to boost your Future Bass productions to the next level.

For each key the presets are separated by Note Amount in a chord and by Number Position. These both are very useful and have different purposes in composition.

For example, lets say you want 5 notes playing in a chord then find a preset in your chosen key that says 5 notes in the name. Simple! Note Amount Presets include I, ii, iii, IV, V, vi & vii Chords.

Now lets say you’re not looking for how many notes a chord has, but want to find the perfect chord for number IV in your chord progression. Just find the preset that has IV in the name. Number Position presets include 4, 5, 6 & 7 note chords. 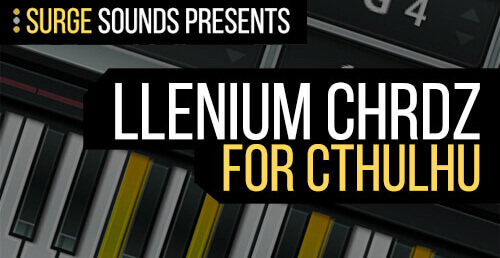 As a BONUS we’re including llenium CHRDZ! These 200 Chords in 7 Presets are inspired by the one & only ILLENIUM!

We are confident this release will get your creative juices flowing and will be a truly valuable enhancement to your productions!