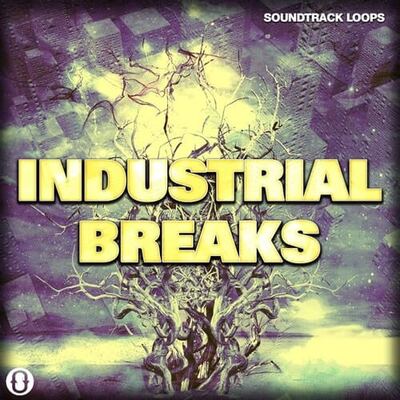 Producers like Slighter are electric chameleons, skilled at spreading their magic over the entire mediasphere, from the independents to the masses—in Colin Cameron Allrich’s case, from working with Front Line Assembly, Future Funk Squad, Cyanotic, and Ohm, to making cues for HBO, NBC, Lionsgate, FOX, and others.

Colin’s accumulated skills and versatility translate into real-world rewards when tasked with delivering samples that can handle a broad spectrum of objectives.

Both dark and fun, Industrial Breaks hits a sweet spot between industrial, rock, and breakbeat music that’s faithful to all three.

Crafted by a producer who infiltrates mainstream culture with the sound and spirit of the independents, Industrial Breaks is perfect for churning out everything from album tracks to action cues.