Sales:
4
MONOCOC has been inspiring with his dark and driving techno sound since 2012. Featured by the...
ADSR_0068_0142
Monococ Techno Therapy
Resonance Sound
33.00
https://www.adsrsounds.com/product/presets/resonance-sound-monococ-techno-therapy-samples-loops/ 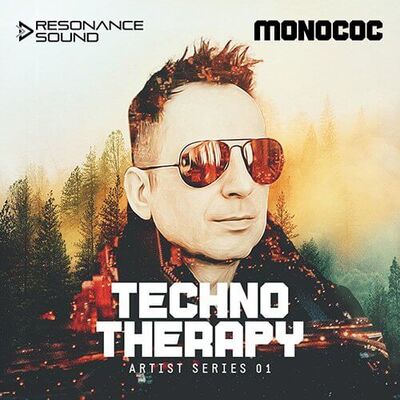 MONOCOC has been inspiring with his dark and driving techno sound since 2012. Featured by the big cheese such as Richie Hawtin it’s all been there: hard-hitting stabs, merciless kick and bass and just that insane groove setting the dancefloor on fire.

Starting up MONOCOC was inspired by artists like John Haden, S Doradus or Damne. Meanwhile working with critically acclaimed and inspiring artists such as Lewis, Danny Wabbit, Mycell and Kreisel – just to name a few – he has reached just an unreal altitude. Established in the techno scene for years his enormous release output both in terms of own productions as well as remixes proves just once more that this guy lacks no creativity.

With his first sample pack Techno Therapy, released under Resonance Sound, he takes us once more on a unique journey.

Giving an inside scoop and granting access to his world of making techno music just a bit more magic is what’s this one is all about. As usual with Resonance Sound releases, this product includes not just professionally crafted sounds, expertly prepped for instant usability and inspiration. It more importantly delivers an insane arsenal of unique, never-heard items only MONOCOC can deliver.

Making use of all the latest and greatest plug-ins and analog sound generators goes without saying and are just one reason why this sample pack is going to blow your mind away.

As a bonus this one comes with an exclusive Ableton project, helping you dive deeper into what makes the MONOCOC sound and tunes stand out. An excerpt from this Ableton project can be heard from 2:57 minutes of the demo track.