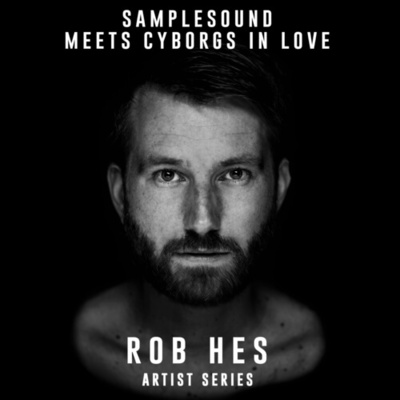 The scope of musical genres released under this label covers various electronic music niches like Techno and Tech House as well as single-instrument sample libraries consisting of Loops and Sample to inspire all the underground Producers and Labels.

This is the fifth “Artist Series” collection with Rob Hes from Cyborgs In Love. Meet Rob Hes, one of the brightest new stars on the techno horizon.

His sound can be described as raw, energetic but very musical at the same time. He is one of those artists where you immediatly recognise his work as being his, without him repeating a few signature tricks over and over again.

Rob has drawn the attention of the global techno scene big time lately, but newcomer might not be the best way to describe this multi talent. With more than 15 years of studio experience and countless releases under different aliases under his belt, this is definitely one of those raw diamonds that has remained hidden for far too long.

But don’t worry, with recent releases on Dubfire’s ‘SCI+TEC’, Christian Smith’s ‘Tronic’, the infamous ‘Bedrock’ label and his upcoming release on Oliver Huntemann’s Senso, he’s getting more eyes on him every time his music hits the stores.