Sales:
27
a state of intellectual, mental or emotional balance in which competing influences are balanced,...
ADSR_0042_0024
Equilibrium
Luftrum
$
26.00
https://www.adsrsounds.com/product/presets/luftrum-equilibrium-cinematic-soundtrack-omnisphere-presets/ 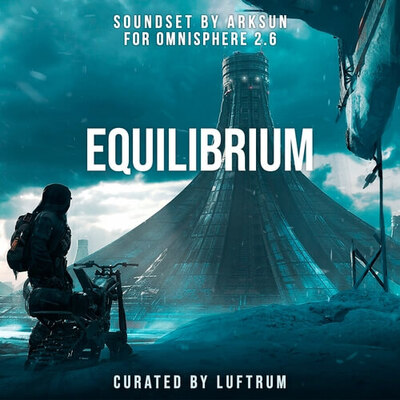 [Equilibrium: \ē-kwə-ˈli-brē-əm\] a state of intellectual, mental or emotional balance in which competing influences are balanced, due to equal action of opposing forces

Equilibrium is a small but exclusive selection of 64 fresh presets for Omnisphere v2.6 or later, crafted by sound designer and producer legend Arksun and curated by Luftrum.

Equilibrium contains usable and expressive presets with less soundscapes and textures – sounds that are unique and utterly addictive to play! From cinematic pads to driving arpeggio plucks and sequences, soaring yet sedating synth keys and leads and a good handful of cutting-through basses.

Aimed towards filmscore and game composers but also very suitable for any production in need of electronic elements.

We dare to say… the demo above is one of the finest tracks ever produced for a Luftrum release. Listen to A Winters Tale composed and arranged by Arksun using 30 presets from Equilibrium with no additional sounds or other fx plugins of any kind.

All presets got a few dB headroom and are sorted in official Spectrasonics categories, have modwheel assigned and aftertouch where it gave meaning.

There’s a PDF guide included, describing how to install the set. Also included as a bonus, are four desktop wallpapers of the cover art, including a 4K UHD 3840×2160 version to the most widely used 1920×1080.

The artwork for the cover is created by concept artist Mikhail Greuli and licensed with full permission.