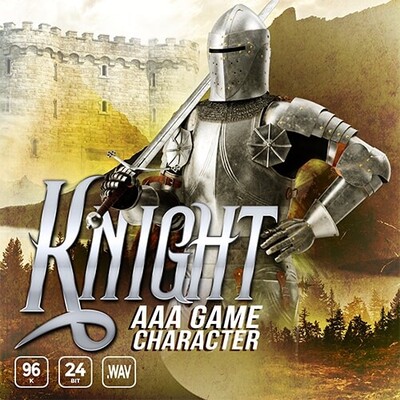 Created to cater to top tier AAA game studios and designers, AAA Game Character Knight, ensures that every game will have a compelling fantasy hero!

The AAA Game Character Knight voice sample pack has a recognizable sound that your audience will surely love.

Now you can protect your king and your kings realms alike and serve justice to the evil abominations that lay waste to his lands.. “vocally speaking”, that is.