Sales:
9
Tired of hearing the same Trap drums over and over again? Bored of listening to that same...
ADSR_0554_0004
Acoustic Trap Drums
Digit Sounds
24.99
https://www.adsrsounds.com/product/presets/digit-acoustic-trap-drums-samples-loops/ 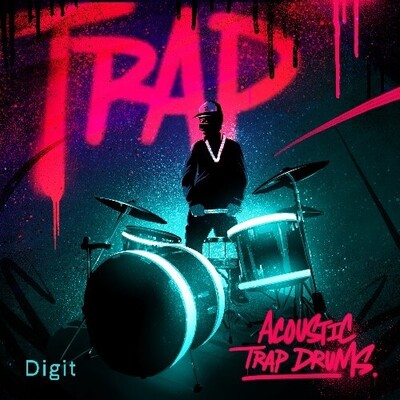 Tired of hearing the same Trap drums over and over again? Bored of listening to that same metallic snare used in every Trap beat to the point where every production sounds the same?

If you’re looking to sonically push the musical boundaries and enable your productions to really stand out from the crowd, then Acoustic Trap Drums by the inspirational new sample pack label Digit Music has you covered!

Played on astonishing world class DW drums to the highest standard by none other than one of the worlds’ top session drummers: Jonathan Hamilton, aka, Ginger.

Ginger has played and toured with the biggest artists in the world such as Sam Smith, Jessie J, and N Dubz to name just a few.

Ginger’s feel and world class ability to stay in the pocket has created some of the best Trap drum loops we have ever heard!! On top of that all played live on a drum kit!!

So, if you want to get ahead of the game and break boundaries, then this is the pack for you! Hurry though – you don’t want to be late to the party!!