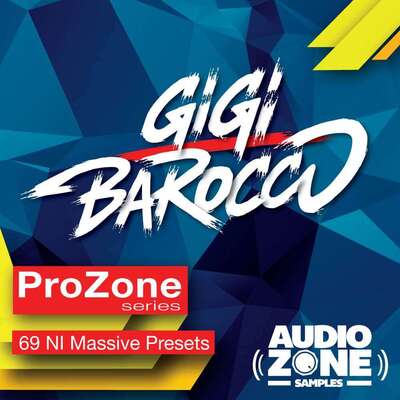 Expect to find phat Basslines and anthemic Leads, followed by atmospheric Pads and a variety of epic Drums, Voc & FX sounds, ready to drop straight into your next big tune!

ProZone series feat. Gigi Barocco really has everything you need to create your own floor rocking track!!!

PLEASE NOTE: If you own the previous version of “ProZone series ft. Gigi Barocco”, you can still receive the free updated version! Just send an email to support!

WHAT’S INSIDE THE PACK???