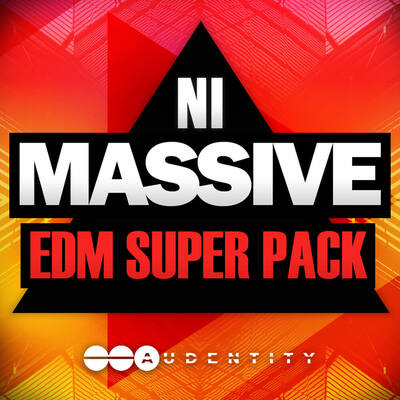 This is the preset pack for NI Massive you have been waiting for, simply load the presets into Native Instruments Massive synth and bring on the Boom!
After the incredible success of ‘Audentity’s EDM Super Pack for Sylenth, Audentity is back with a monster pack for Native Instruments ‘Massive’.
This presets pack is the first in a row which has been developed and produced in Audentity’s brand new Jan Morel studio;the presets and the samples are more detailed and impressive than ever!

Check the incredible bass-sounds, ever heard such an oomph in the low end?
Listen to the leads-presets…WOW, they are dirty, mean and cut like a knife through every mix.
And there is so much more: Phat Ear Clogging Synth Sounds, Fat Drop Attacks, Pads, Arp’s and new 2015 FUTURE HOUSE synths and basses.