Sales:
15
Get the most from your Returns Auxiliary sends and return tracks are an essential part of every...
0 stars, based on 0 reviews 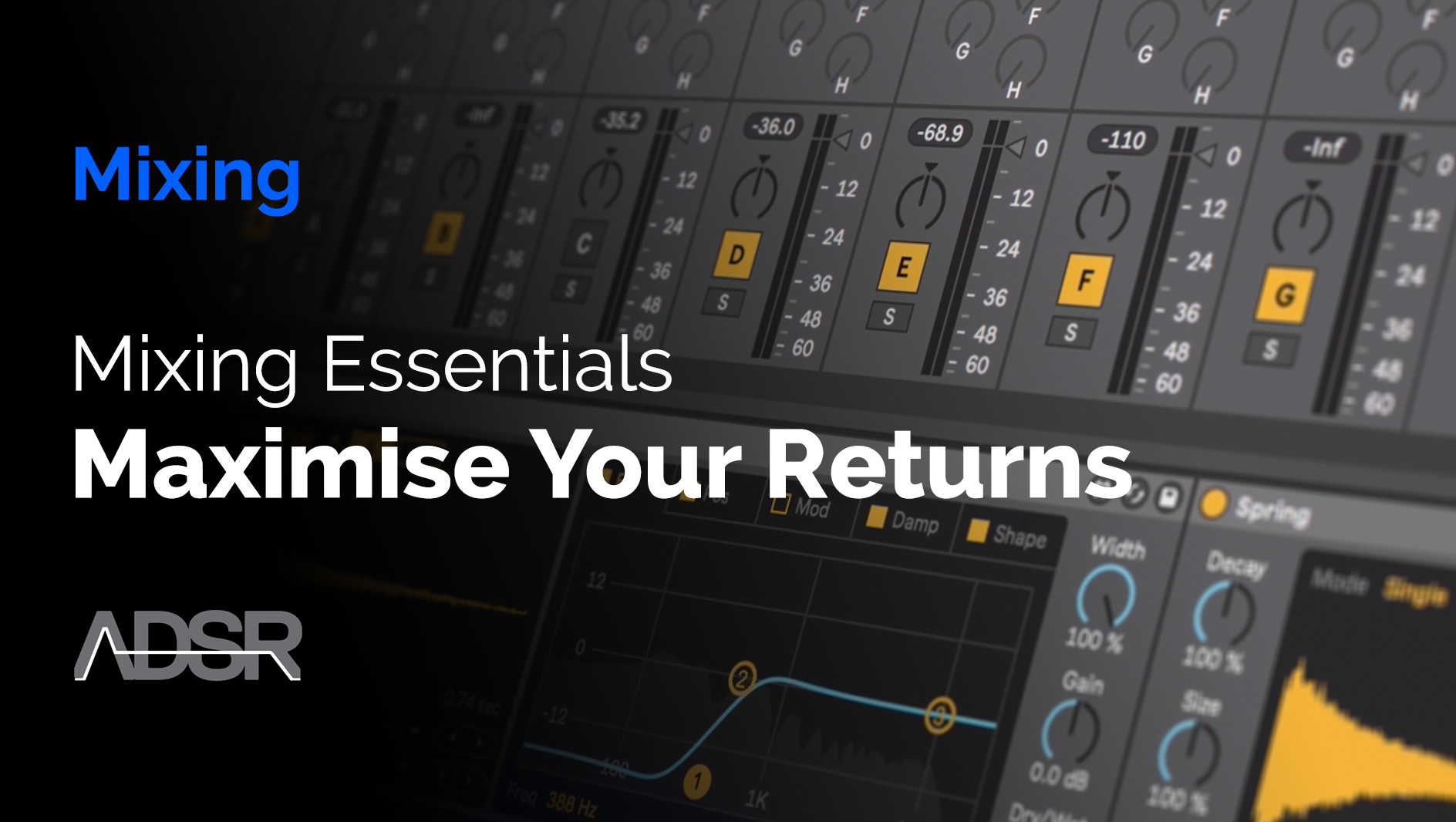 Get The Most From Your Returns
Mixing / Mastering, Production Advice
https://www.adsrsounds.com/product/courses/get-the-most-from-your-returns/

Get the most from your Returns

Auxiliary sends and return tracks are an essential part of every mix. They can be used for everything from spacializing sound to adding power, dynamics variation and motion to a mix and adding additional layers of sound design in your work.

In this course you’ll learn how to get more consistent and creative results with your returns.

Expand on standard mixing processes and get the most from your return channels.

Alan Gleeson is a musician with 20 years professional experience working in all areas of audio production.

His interest in electroacoustic music, live performance and the science of sound give him a unique and profound perspective on sound creation and music production, knowledge that he is passionate about both sharing as an educator and developing as an evolving sound artist.

Technical skill with an experimental approach to sound.

In this course we will look at effective techniques to maximise Auxiliary sends and return tracks, expanding on standard mixing processes and taking a creative approach to get the most from your return channels. 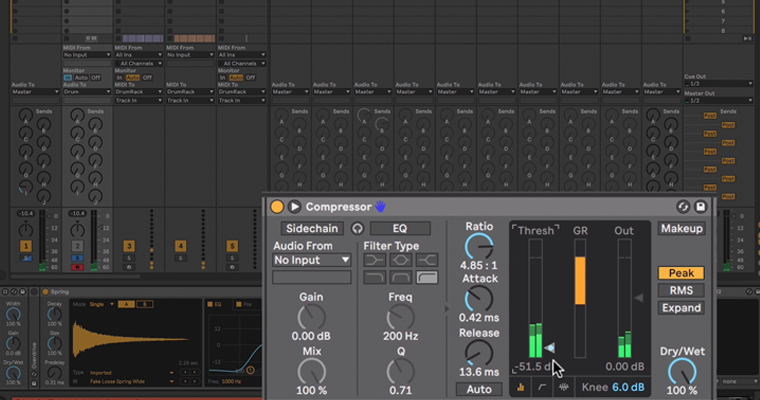 Reverbs in Series Part I:

In this first video we will look at one of the most common uses of return tracks, adding Reverb. This isn’t a tutorial on what reverb is, check the ADSR Youtube channel and website for plenty of more information on that. Here I want to look at how I use multiple reverbs in series to achieve a more bespoke result.

Most of the reverb chains I will use employ a hybrid setup using a combination of convolution and algorithmic reverb. This way I can use the best of what both methods offer and really sculpt the reverb outcome.

In this 2nd video on using Reverb in series I am going to show its application on a lead sound, making it sound quite big and lush. I am using a combination of a plate reverb and a hall reverb simulation

In the final video on Reverb in Series I want to create a special effect reverb that is customisable depending and the needs of whats happening in the mix, but something that can be quite epic if necessary. 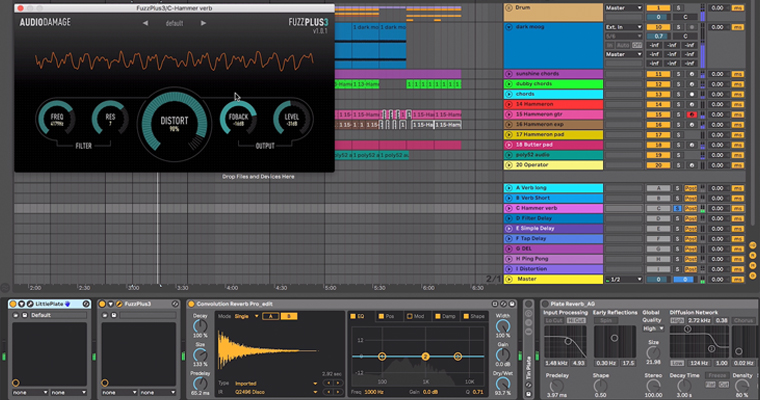 Harmonic Control with Distortion Part I:

In the next 3 video we are going to look at using distortion on return tracks. Distortion and it’s various forms is usually associated with being used as an insert on individual instruments. Whereas Return tracks are often fed my a number of sources. Having the option add have subtle or extreme control in adding additional harmonics to sounds, and effects can really add power and excitement to a mix.

In the first example let’s look at using it my itself on a return tracks. I will setup different flavours of distortion and let’s see what they add.

In the next example I am going to show how distortion can add more energy and excitement to your existing return effects chains.

In the finally example using distortion, I will look at adding some analog character to return channels. Often what people associate with an analog sound is actually some form of distortion. Think of devices like the Roland’s Space Echo, or dynamics processor such as Urei’s 1176 or Fairchilds tube compressors or various vintage pre-amps, there character and warmth often comes from subtle saturation or distortion. 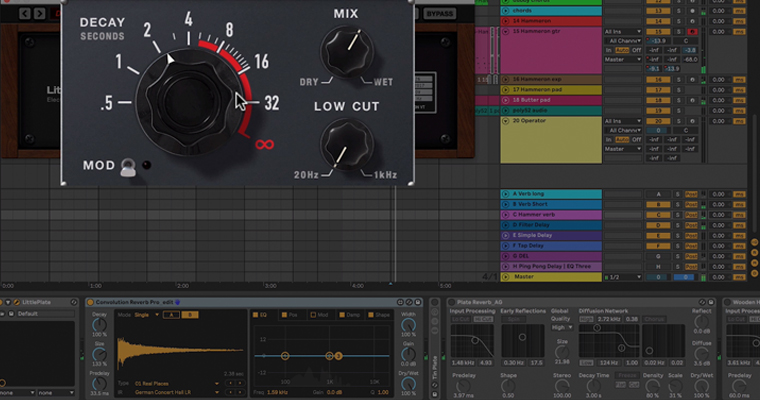 Dynamic control on Returns Part I:

In this video we look at adding compression on our drum mix reverb to add excitement and control where the focus on the energy is. Also covered is De-essing & Expanding.

In this video we look at the classic effect of gated reverb. Once we cover the basics we go further to see how this technique can be used to add a more complex and interactive layer of sound to the mix.

Dynamics control beyond compression and gating. In this video we use the Max for Live device Expression Control to use the dynamics of our source sound to effect the retune track it is processing.

, you have loyalty credit available. To redeem click the button to claim !
Claim
Claim your free sounds