Sales:
19
Learn How The Pro’s Apply Automation To Get Creative Results Automation is one of the...
5 stars, based on 1 reviews 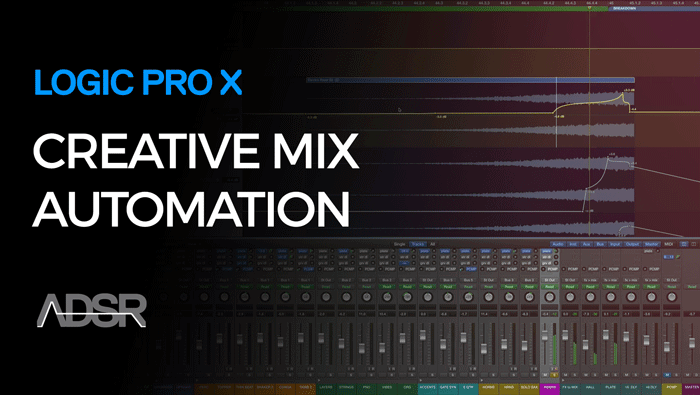 Learn How The Pro’s Apply Automation To Get Creative Results

Automation is one of the principal tools in your mixing kit. With skilled application you can add a lot of add the shading and movement that transforms a good track into a musical journey for your listeners.

In this 9-part intermediate course, ADSR instructor Stephen Ellestad takes you through the most effective creative techniques for applying automation using Logic Pro X. From the basics, to useable techniques, right through to a discussion of the bigger picture.

This course gives you the skills to know what, when and how to start expertly applying automation to your own projects straight away.

Enhance your creative output and start mixing like a master In Creative Automation Workflows in Logic Pro X you will learn how to capitalize on Logic’s inbuilt features in both a practical and creative automation workflow.

Starting with an overview of basic automation, you’ll learn how to build a creative EDL (edit decision list) and then examine automation techniques for channel & plugin automation, along with discussion and demonstration of region, group, send and section automation in Logic Pro X.

Get More Creative Control Over Your Mixes

By the end of this course you’ll be familiar all the different aspects of automation inside of logic pro x including working with plugin and channel automation, automating FX sends and returns, balancing groups and working with automation to shape the tone and parallel processing.

You’ll also know how to approach automation from a big picture perspective such as automating sections of a song and using various trim automation styles to really bring in the final detail. 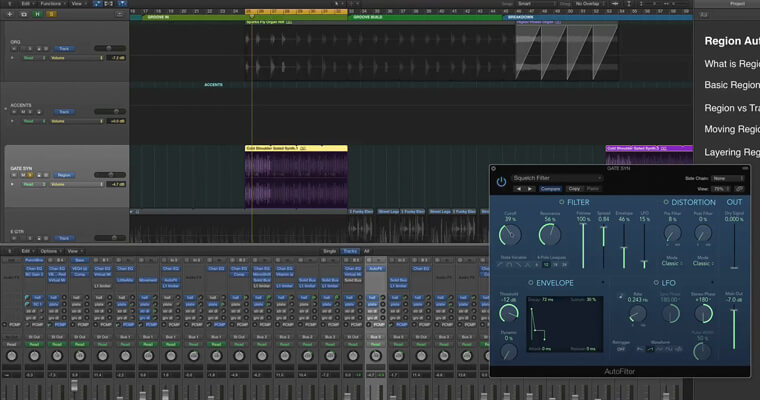 Over the course of 80 minutes you will break down the skills, knowledge and techniques you need to improve the way you use automation and your creative mixing skills in general.

Stephen Ellestad is a multi-instrumentalist producer, engineer and music educator.

He has recorded and performed on bass with a wide range of artists – among them Clyde Stubblefield, Hanah Jon Taylor, Ron Holloway & Merl Saunders –to name just a few.

Alongside his jazz and funk work, Stephen works as a producer and mix engineer at his studio in Northern California, composing instrumental hip-hop, chillout and world influenced downtempo alongside original scores for film & television.

If you’re looking for an in-depth look at creative automation in Logic Pro X, this course is what you’ve been waiting for!

This is course assumes a basic working knowledge of the mixdown process and is a follow on to Power Mixing in Logic Pro X – a 6-part course, that teaches you the essentials of a balanced mix.

If you’re looking for a complete walkthrough filled with Mixing tips and tricks, then check out Power Mixing in Logic Pro X

Learn how to use Creative Automation Workflows in Logic Pro X