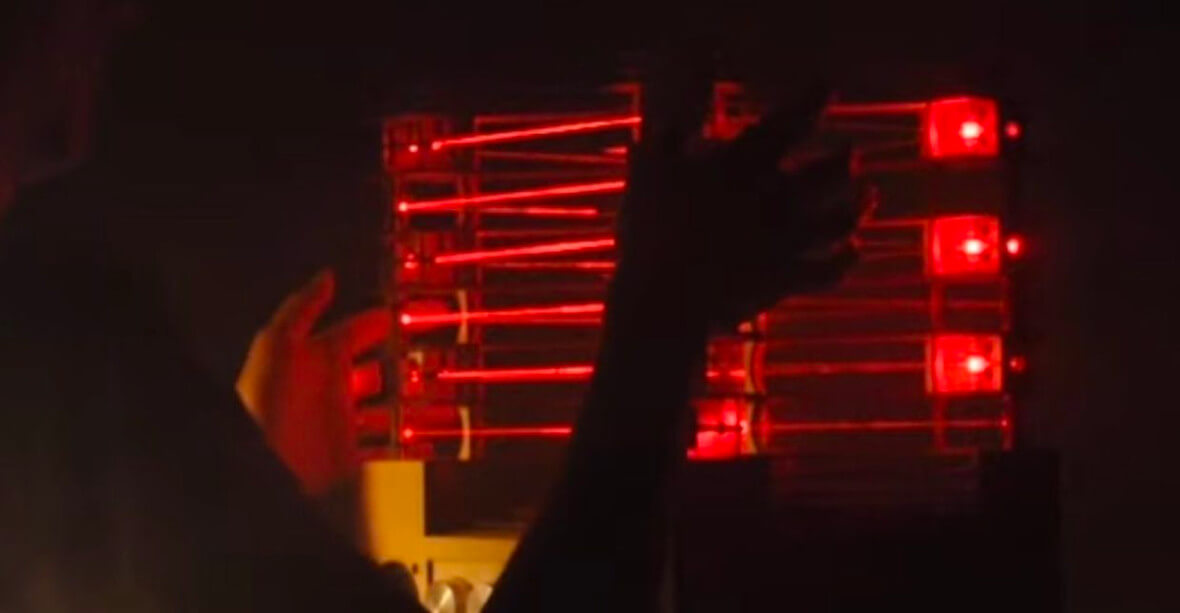 Meet the Upright Laser Harp, a musical device that uses vertical laser beam “strings” to trigger notes being played. When the beam is blocked, a note is played by the instrument. A fascinating device to say the least, you can watch it in action in the video below.

In this project, I built a laser harp with stacked laser beams that propagate horizontally. The beams reflect off mirrors to form square shaped beam paths. Instead of a MIDI output like my previous laser harp, this device has built-in MIDI player so the output is an audio signal. This means the device does not have to be connected to a computer or MIDI player (e.g. keyboard) to play sound. Both built-in speakers and audio output jack are available for playing music.

You can learn more about the details of the Upright Laser Harp via his Hackaday page.

Next: The Altura MkII Is A MIDI Controller That Emulates A Theremin