This LEGO Rhythm Machine Is Inspired By Leonardo Da Vinci 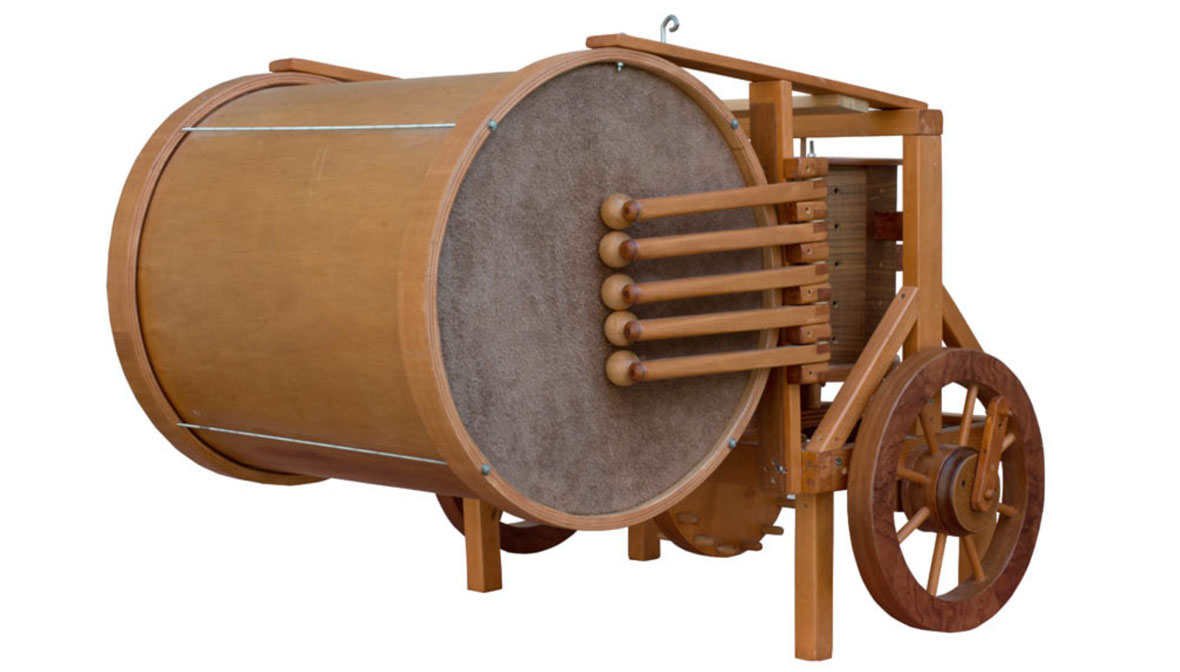 It consists of a four tracks rhythm machine which mechanically generates the electric impulses needed to trigger the drum synth and the bass-line sync.
On the 500th anniversary of Leonardo’s death, this is my personal tribute to his genius who in the late 1400 introduced the first automated musical instrument and the concept of step #sequencer.

The nonlinearity of the system made in ABS, generates a sort of shuffle rhythm and some random ghost notes, which creates an unpredictable organic groove.
[This footage is taken from the first studio jam]
Enjoy! Giuseppe

There are sure an interesting variety of musical machines built with LEGO, and this is certainly no exception. You can visit Giuseppe Acito’s Youtube channel for more awesome DIY music projects like this one.

Next: LEGO Kits Let You Build An Akai MPC and More