Purge Cache
Roland has just announced the launch of the TR-8S. A new performance instrument that combines... 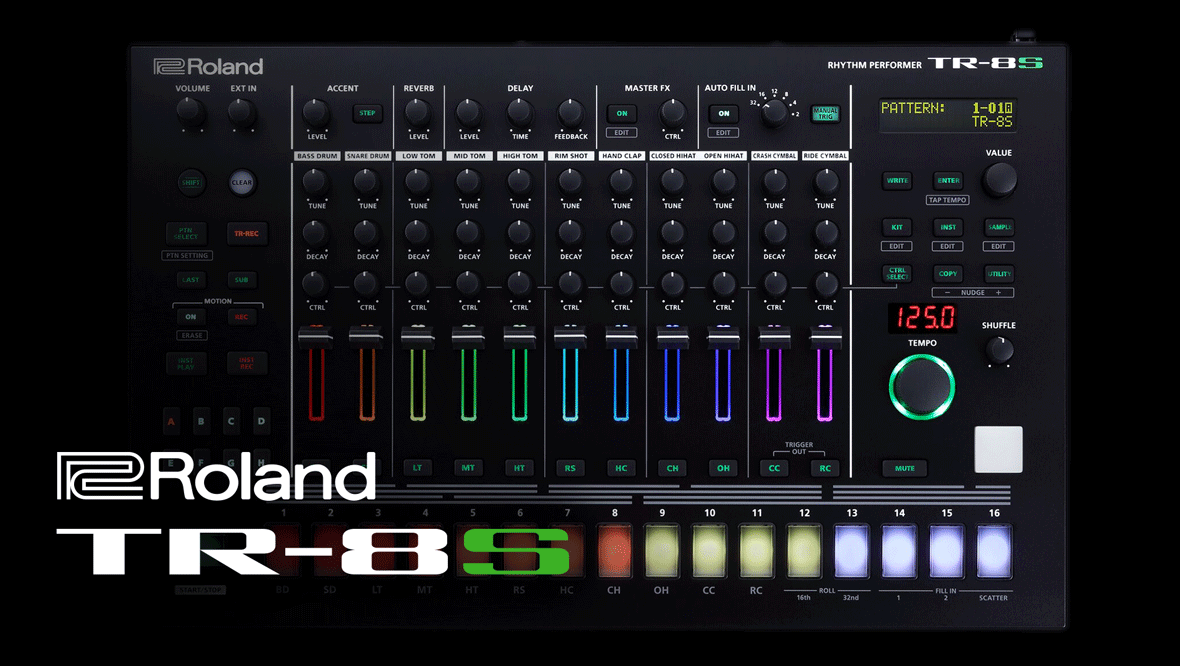 Roland has just announced the launch of the TR-8S. A new performance instrument that combines Roland’s iconic drum machines with all the technological and design upgrades you could wish for into one sleek AF hardware package.

Now you might be thinking, “sounds good but hasn’t the whole old sounds with a modern twist been done before?” Well not like this my friends, the TR-8S is a creative beast with a huge list of user-driven features that tbh are better demonstrated than written up. Luckily ADSR’s Mike Acosta was able to get his hands on one so you can see for yourself.

Whether you are in the studio or doing live performances, a classic hardware fan or a modern technophile, the TR-8S offers a lot to be excited about. 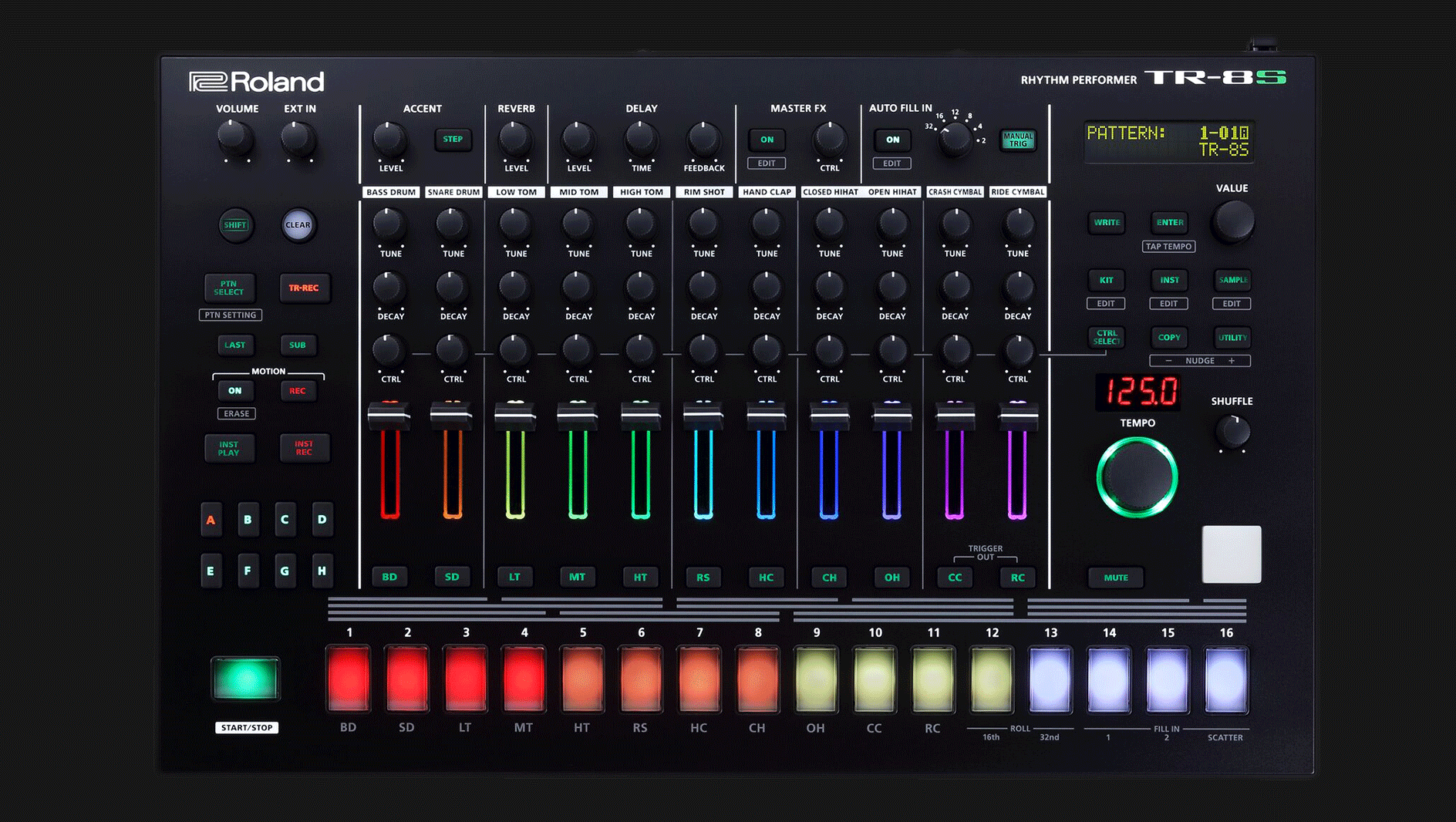 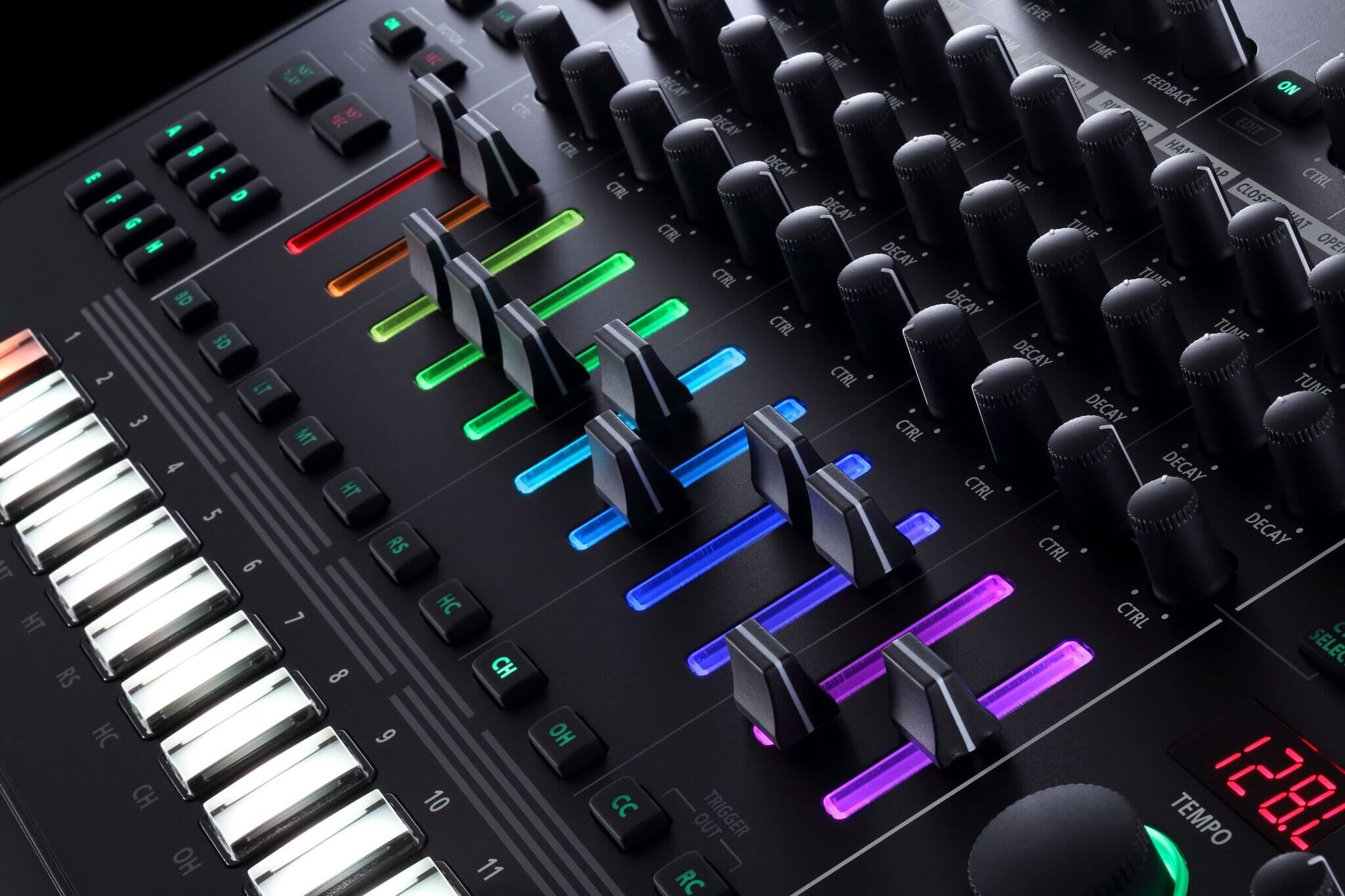 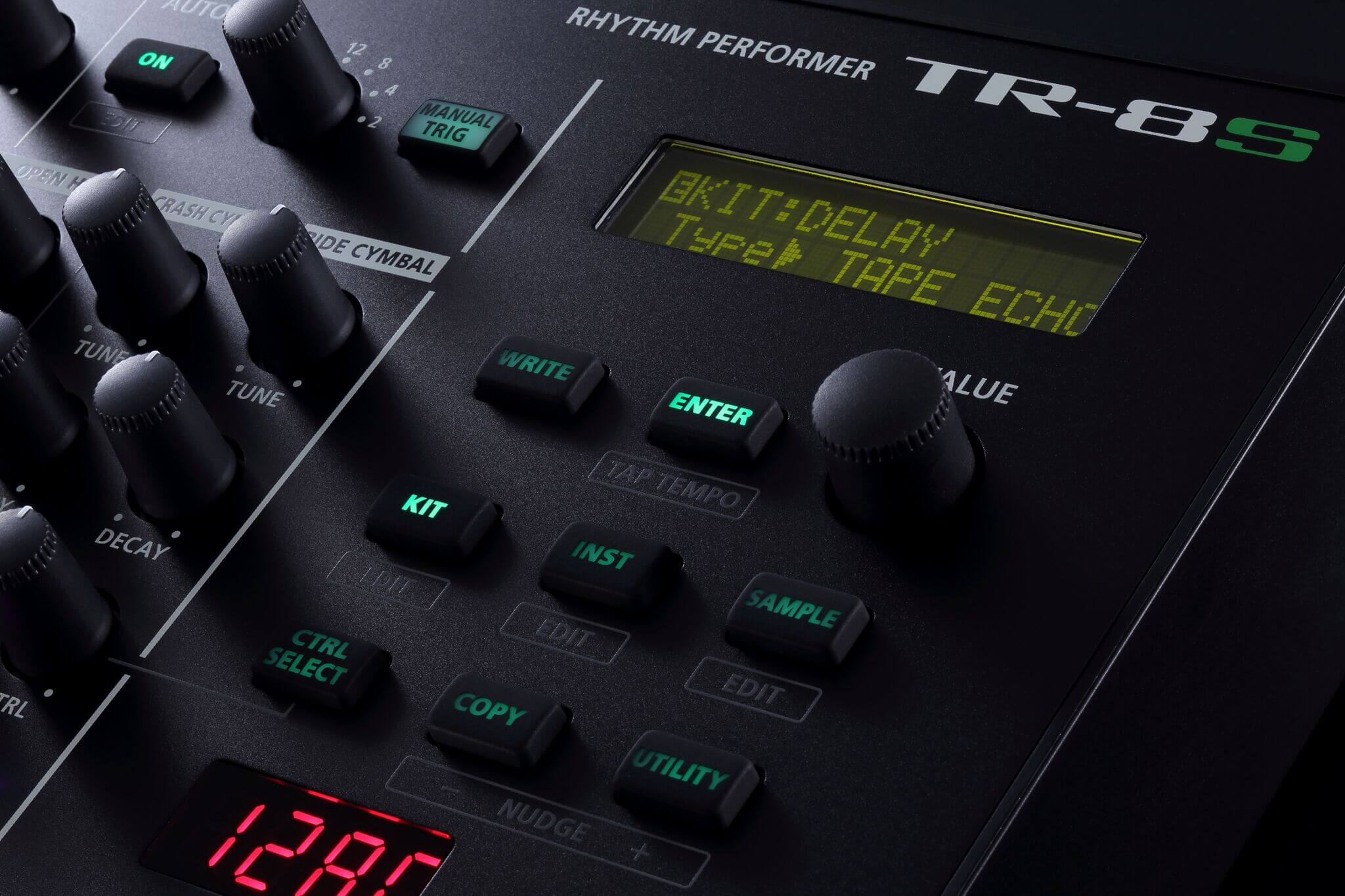 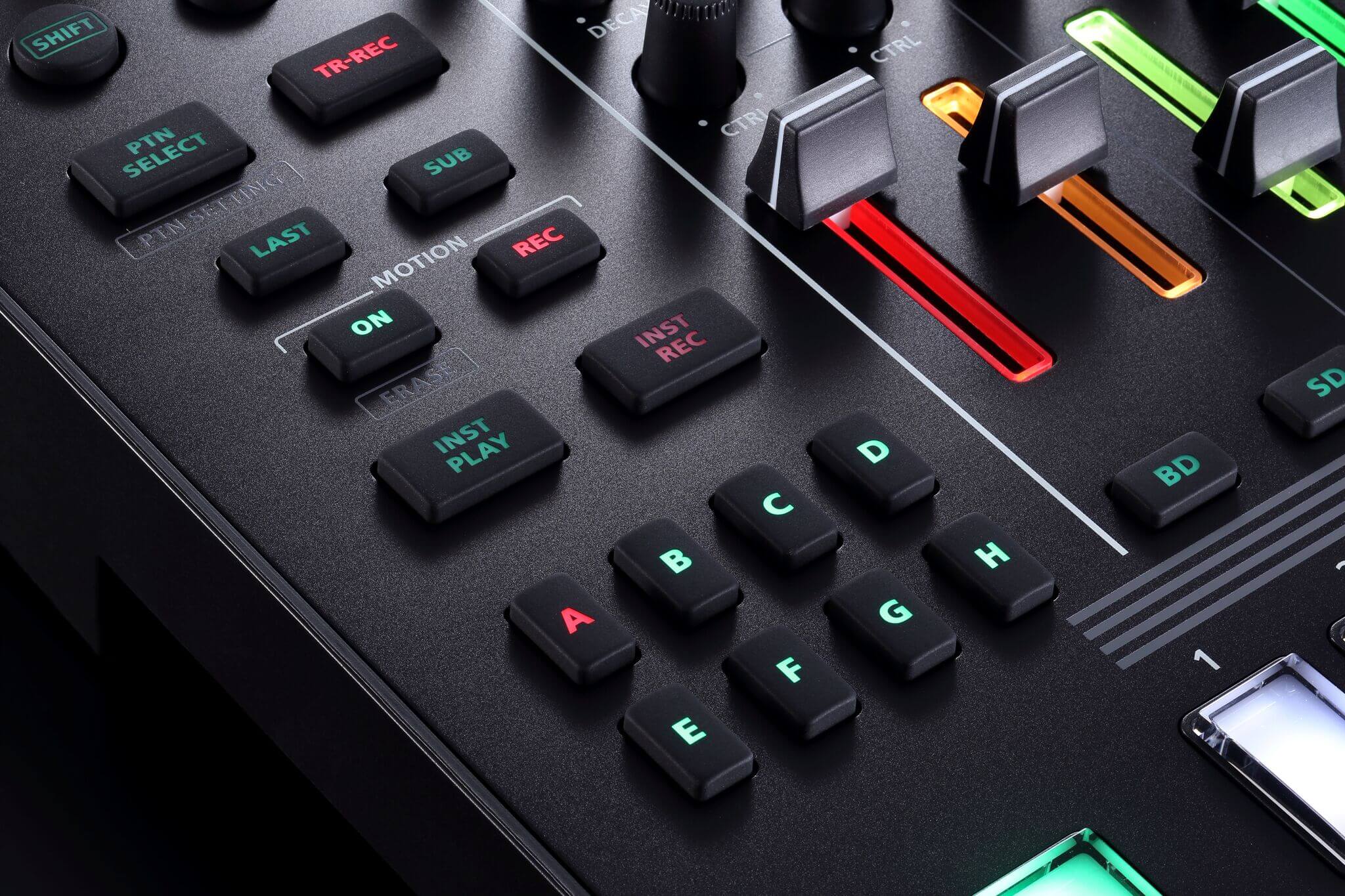 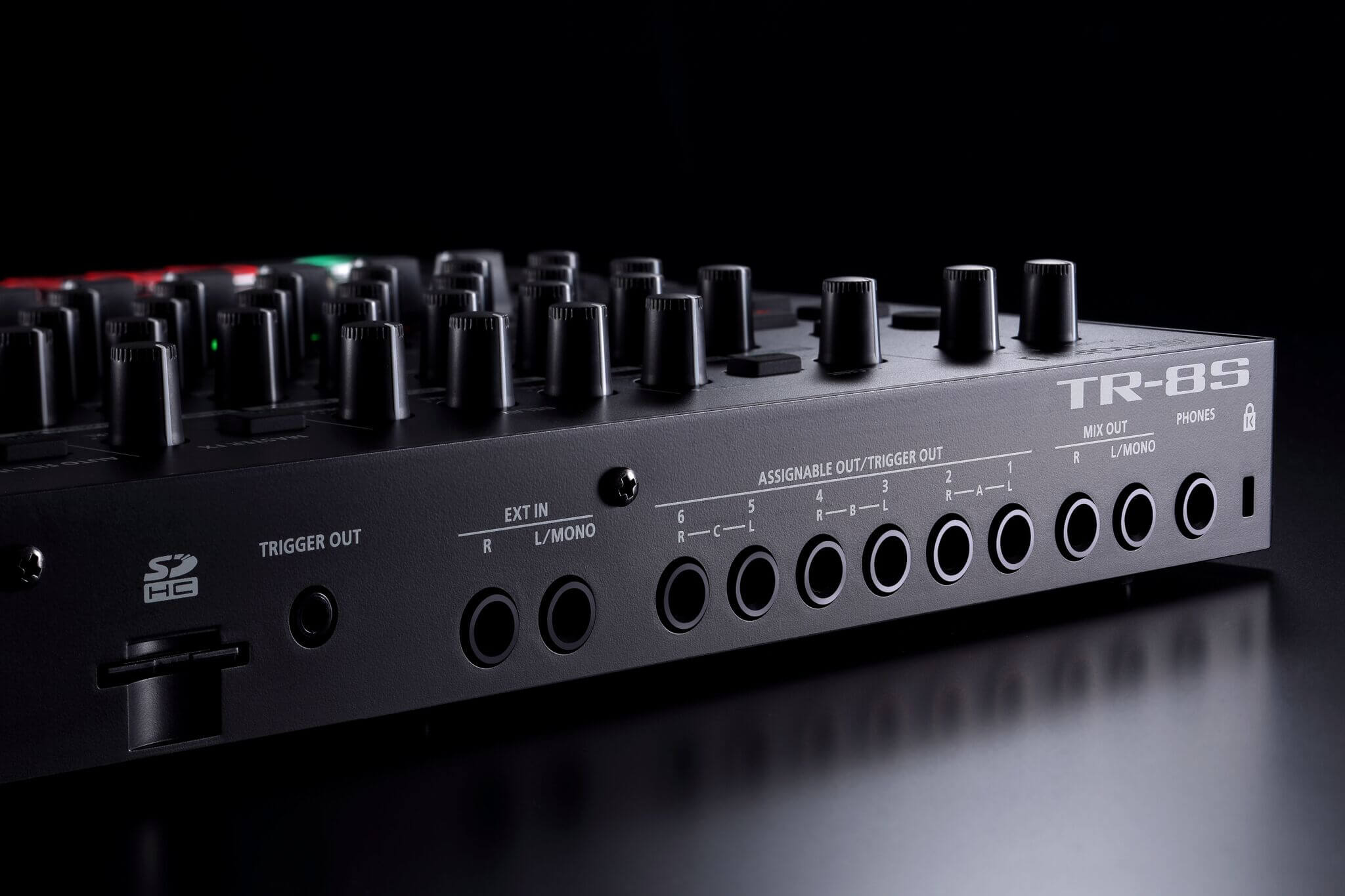 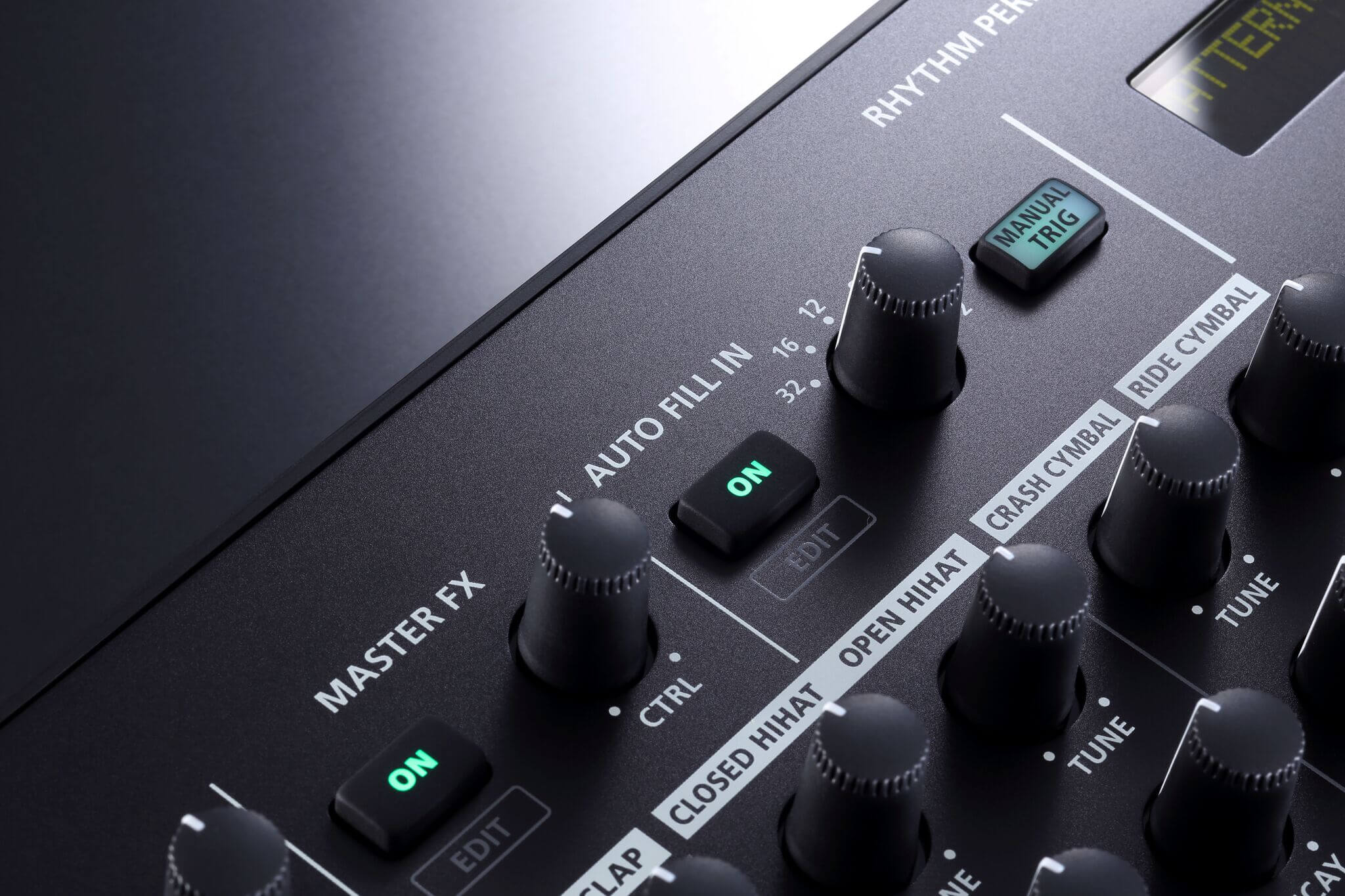 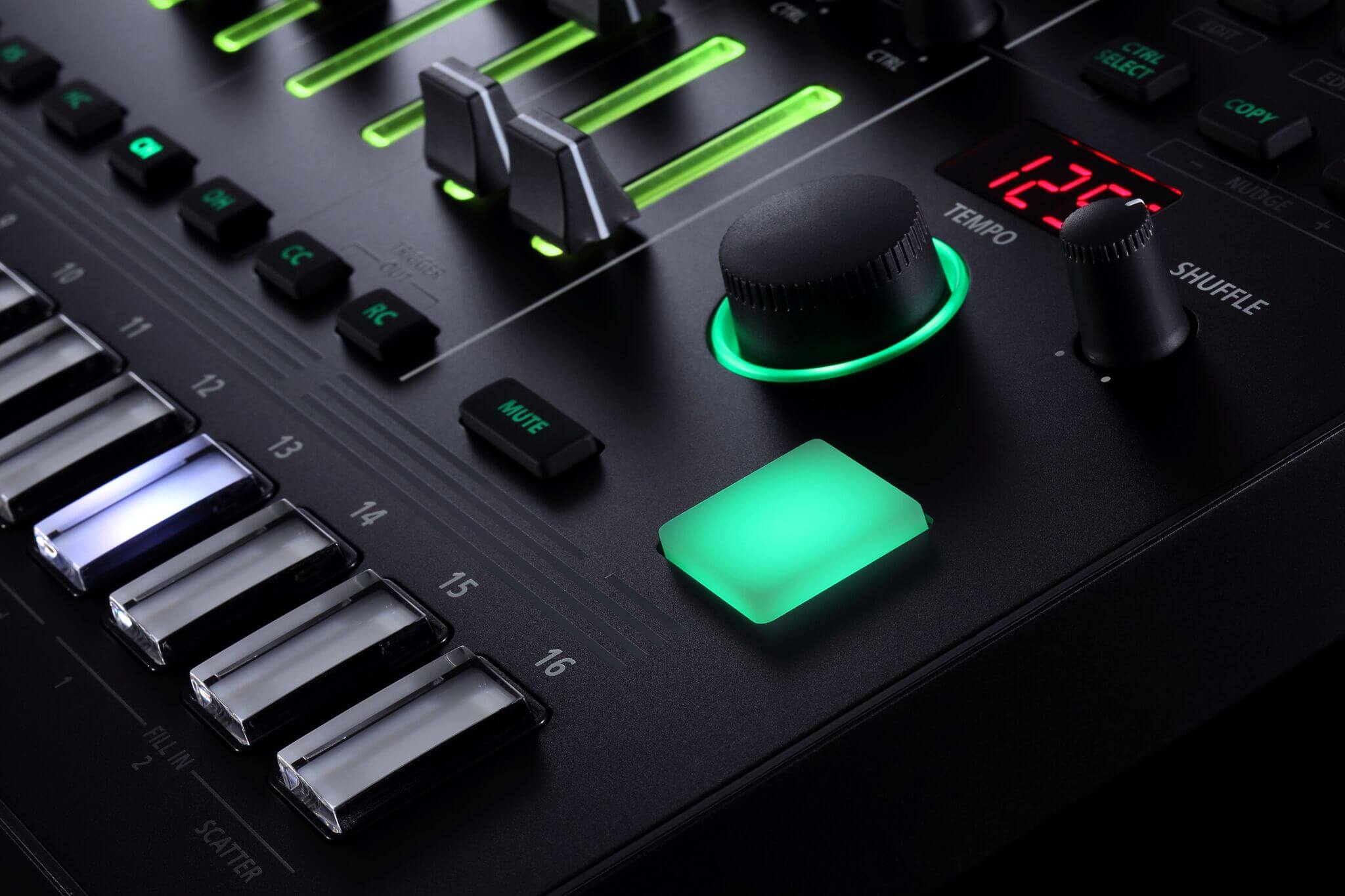 We’re talking literally every sound from Roland’s TR drum machines – the 808, 909, 707, 727, and 606, plus a bunch of modified versions AND the ability to import your own samples; the capacity to store 128 user drum kits and 128 user patterns (with eight variations and three fills contained in each) AND the ability to group channels and chain patterns; 11 instruments parts plus a dedicated trigger out; a bunch of multi FX… we’re geeking so hard right now we can’t put the words down to describe all the features!

Check out the video to see a quick walkthrough along with Mike’s own personal review to get a hands-on feel for the new TR-8S.

As he mentions at the end he’s also produced a bunch of more indepth videos covering some of this hardware’s most stand out features. These TR-8S tutes are coming soon…

In case you’re wondering, no, we did not get paid to make these videos. While our friends at Roland were kind enough to loan us a prelaunch unit, our excitement for this product is rewarded only by getting to mess around in the studio and the opportunity to share this info with you, no joke.

Desperate for more info on TR-8S?

Here’s Roland’s official press release or you can go to www.roland.com/us/products/tr-8s/ to find out how to get your hands on one.

The TR-8S is filled with the most iconic TR drum sounds of all time, plus an extensive selection of samples from Roland’s vast library. The instrument also supports both mono and stereo user samples, and comes packed with hands-on controls and production tools that make patterns move and groove. Dynamic and inspiring, the TR-8S takes the rhythm machine to a new level of creative power.

Included in the TR-8S is every sound from the most sought-after TR drum machines, with authentic recreations of the 808, 909, 707, 727, and 606, as well as several modified versions. Powered by Roland’s highly acclaimed ACB technology, each machine is a detailed, component-level model that sounds and behaves exactly like the original hardware.

While TR sounds are vital when producing drum tracks, mixing and layering sounds is key for crafting all-new signature sounds that stand out in today’s music scene. In addition to TR sounds, users can pull from the TR-8S’s preset samples or import their own sounds via the SD card slot, giving them the ability to build custom dream kits with limitless sound combinations. Instant-access controls are available to adjust decay, tuning, and many other sound parameters.

The TR-8S also includes percussion-tuned effects for enhancing sounds with character, depth, and space. There’s a Master FX knob for processing the entire kit and a control knob for each channel, and both can be custom-configured with favorite effects parameters for sound shaping on the fly.

Roland’s famous “TR-REC” step sequencer has been at the heart of electronic music production for decades. In the TR-8S, it’s been enhanced and modernized to be better than ever. Via the 16 TR-REC buttons and velocity-sensitive performance pad, users can develop intricate grooves and build detailed fills with velocity, accents, flams, and adjustable sub-steps.

The TR-8S sequencer is able to store 128 patterns, with eight variations and three fills contained in each. These patterns or variations can be triggered individually or chained together for evolving sequences. It’s also now possible to save the tempo and kit assignment (along with knob positions and effect settings) in patterns.

The TR-8S is equipped with connection options to seamlessly integrate with any setup. A stereo mix output is provided, plus six assignable audio outputs that allow individual drum sounds to be processed and mixed externally. There’s also a dedicated trigger output with its own sequencer track, and the assignable outputs can be reconfigured to output trigger signals if desired. Stereo audio inputs are provided as well, enabling users to connect and mix external sound sources. The TR-8S also functions as a multi-channel USB audio/MIDI interface and supports AIRA Link for interfacing with other AIRA gear.

To learn more about the TR-8S Rhythm Performer, visit Roland.com.