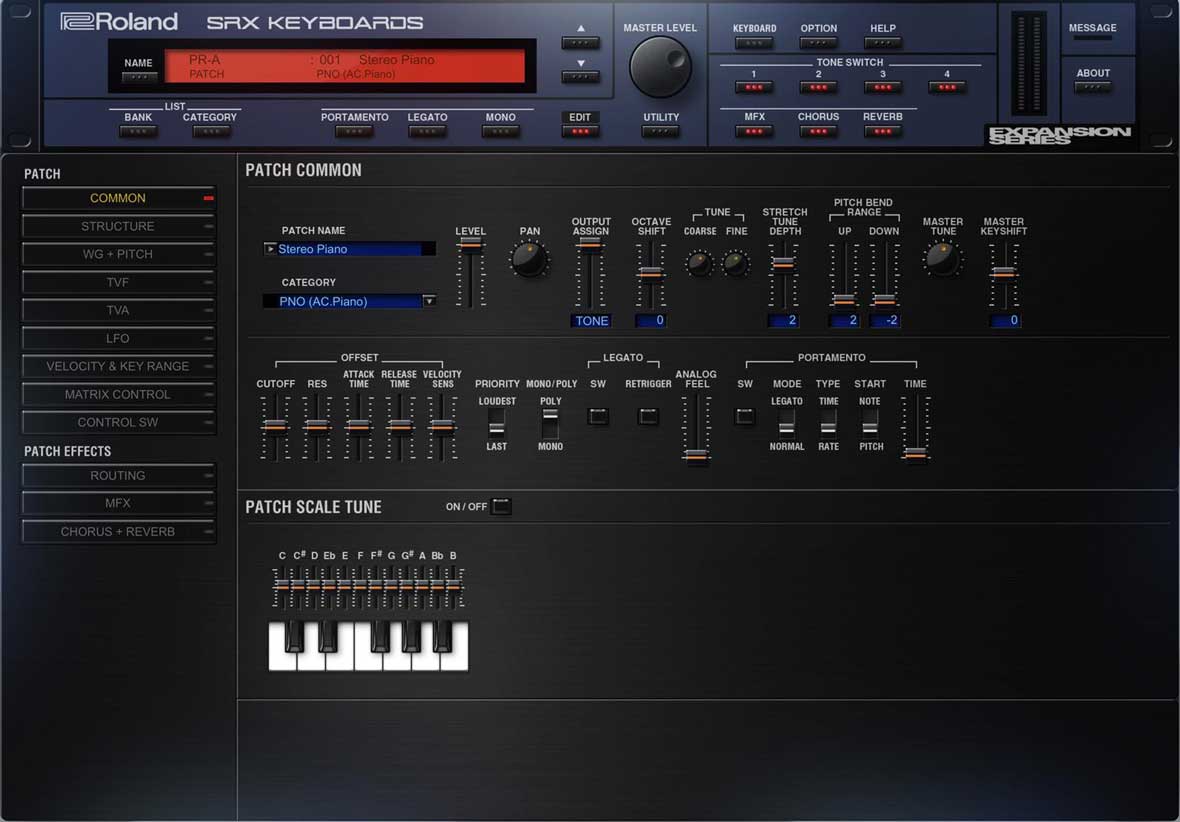 Roland has extended Roland Cloud, an online platform for providing emulations of Roland’s famous hardware instruments, with the release of the SRX KEYBOARDS Software Synthesizer, a virtual recreation of an early-2000s SRX expansion board that was originally only available for compatible Roland hardware synths.

SRX KEYBOARDS puts all this into a powerful plugin using our acclaimed DCB (Digital Circuit Behavior) technology to reproduce every nuance and detail of the original hardware. DCB uses the original sample ROM, and accurately reproduces the original waveforms and any behavior or artifacts that resulted from the digital components and circuitry used in the hardware unit.

SRX KEYBOARDS is part of the Roland Cloud core membership that can be tried out risk-free for 30 days by simply registering for a Roland Cloud account. To learn more about the SRX KEYBOARDS, you can visit RolandCloud.com.