Purge Cache
Propellerhead has announced that Reason 10.3 is now in beta, a free update for Reason 10 that is... 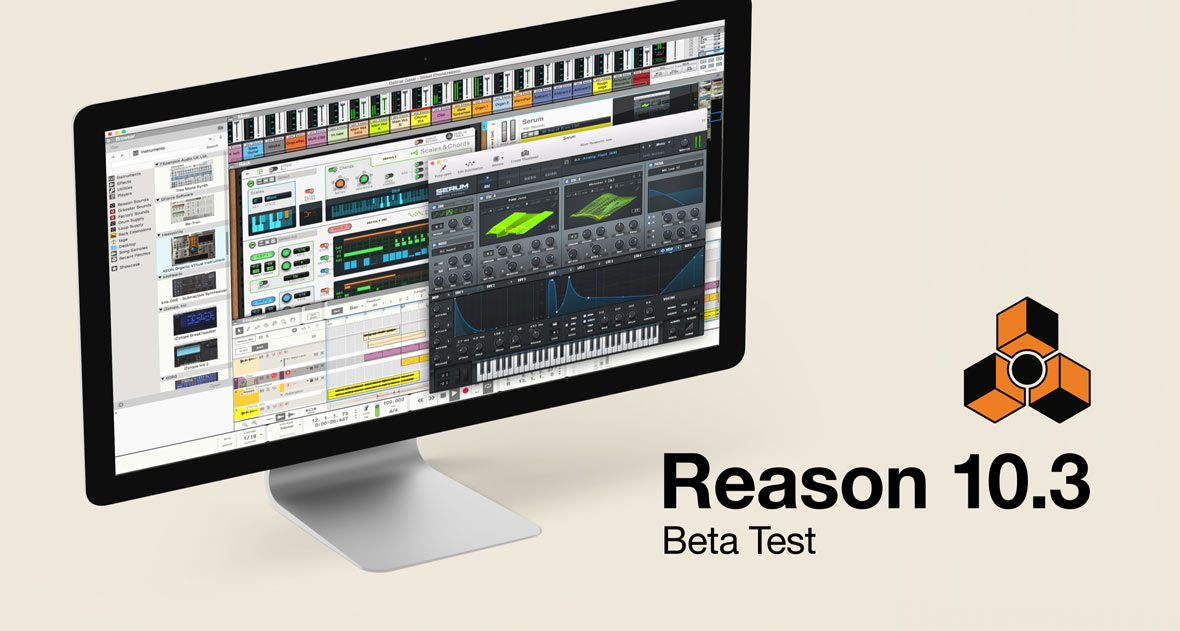 Propellerhead has announced that Reason 10.3 is now in beta, a free update for Reason 10 that is geared toward improving VST plugin performance within the DAW. You can read the complete statement from Reason Product Manager Mattias Häggström Gerdt below:

I’m happy to finally announce that the beta testing of Reason 10.3 is here! As you might know, this upcoming free update for Reason 10 is all about improving Reason’s VST plugin performance. And as a nice bonus, it improves performance if you’re not using VSTs too! Read on for the details…

When VST support was first added in Reason 9.5, we received a lot of great feedback: “finally, VSTs in Reason”. However, after a while we also started getting feedback about “poor and erratic” performance when using some of your favorite VST plugins. That’s when we started investigating.

We eventually came to the conclusion that to fix the problem, we had to essentially rewrite big parts of Reason’s audio rendering code. As many of you know by now, that took some time. But now we have a version to share with you and I think you’re really going to like what you see!

In Reason 10.3, VST plugins work as expected and Reason’s VST performance is on par with other DAWs on the market. How much of an improvement you’ll get varies depending on which plugins you use and your set-up, but it’s been improvements across the board. During alpha testing we’ve tested many of the most popular plugins on the market and we’ve seen improvements range from a measly 5% to a staggering 260%, and that’s when using a buffer size of 512.

Why do I mention the buffer size? Well, performance testing is very complex with many moving parts so it’s important to test properly. When comparing things, we’ve tested identical situations on the same machines with the same settings where we can turn our changes off and on. We’ve set up “average” song documents as well as tested number of instances of many different plugins.

What we’re defining as “bad performance” is when you start hearing audible artifacts, like clicking and popping, or experience issues that keep you from making music. In other words, we’re not looking at the CPU meter in the OS, but rather we’re testing where you’d have issues in a real-life music making scenario.

With that in mind, we found that Reason 10.3 improves performance even when not using VSTs too! It will differ a bit depending on your setup, but we’ve seen up to a 30% improvement. In other words, you’ll be able to build your rack even higher and wider now without worrying too much. I hope you’re as excited about that as I am!

We are planning to release Reason 10.3 in April as a free auto-update to Reason 10. Until then we need your help putting the beta through its paces, especially if you have encountered VST-related problems in the past. To join the beta testing, sign up now!

You can visit the Propellerhead website to learn more.

Next: The Nanoloop Is A Handheld Synthesizer With A Game Boy Feel