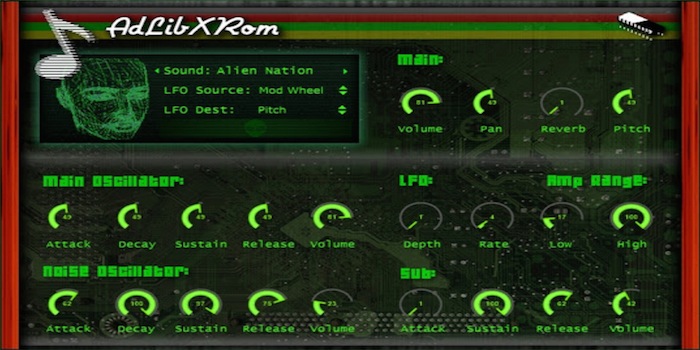 SampleScience, a sound company specializing in sample libraries and audio plugins, has released AdLibXRom, a plugin instrument that brings back the sounds of the AdLib Music Synthesizer Card, most commonly used in Windows machines from the 90’s.

After hearing some of the demos, this synth delivers some dreamy and ethereal sounds, similar to what you’d hear from most analog synth emulators. These sounds played a central role in the video games of the 90’s, and it’s pretty cool that we now have a software plugin to emulate such sounds.