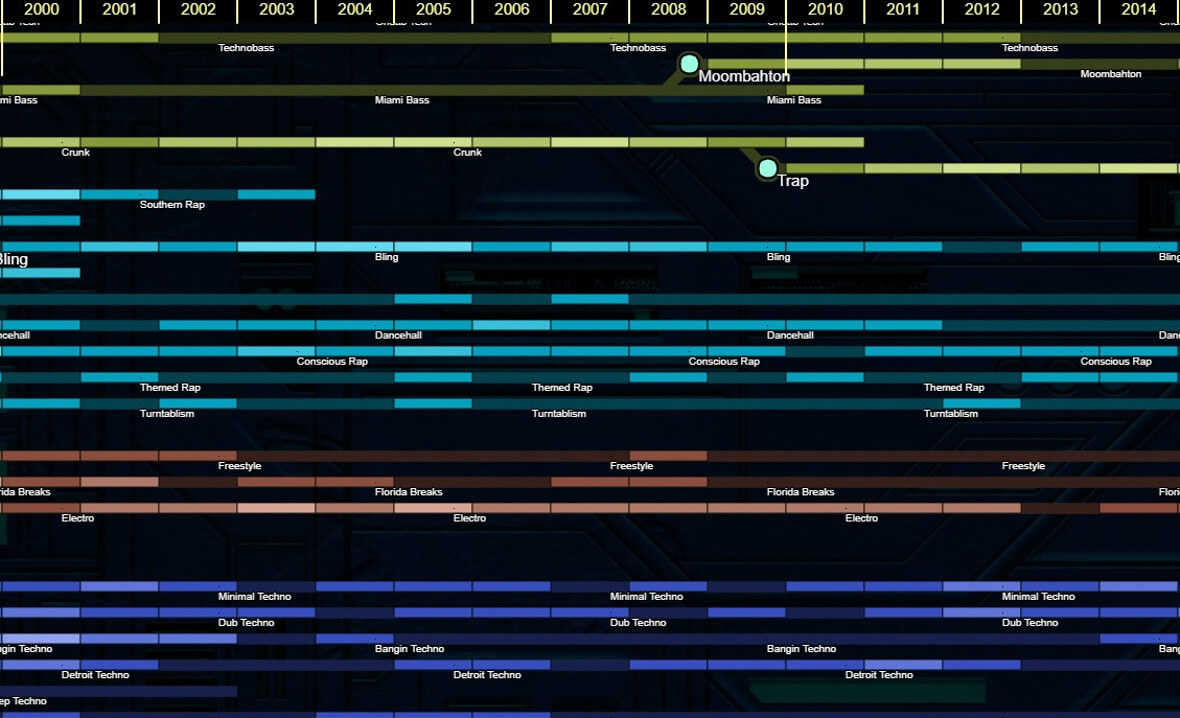 Ishkur’s Guide To Electronic Music, an interactive website that compiles a thorough history of electronic music genres, has been updated for the first time since the early 2000s. You can check it out here: music.ishkur.com

Looking at the previous version of the guide, it can easily be seen how much time has elapsed since then!

Hi there. I am Ishkur. This is version 3.0 of Ishkur’s Guide to Electronic Music.
There is a bit of history to this. The first two versions of the Guide were Flash monstrosities released in 2000 and 2003. They may still be online somewhere if you look hard enough. Version 2.5 was maintained and updated for two years and was abandoned in 2005.
A Flash v3 of the Guide was planned in 2006 but never got past the pre-dev stage. After three design reboots, the abandonment of Flash, and several personal, artistic and technical decisions later, the Guide you are looking at right now was pre-dev’d in 2010. The map and music categorizing was mostly finalized around 2014 (but in some instances still isn’t done), programming in 2016, and content, art and functionality in 2017. Compatibility for all devices and formats as well as additional research and extras were added in 2018 and 2019.