Purge Cache
Behringer has announced yet another clone of a classic synthesizer - The EDP Wasp from 1978. The... 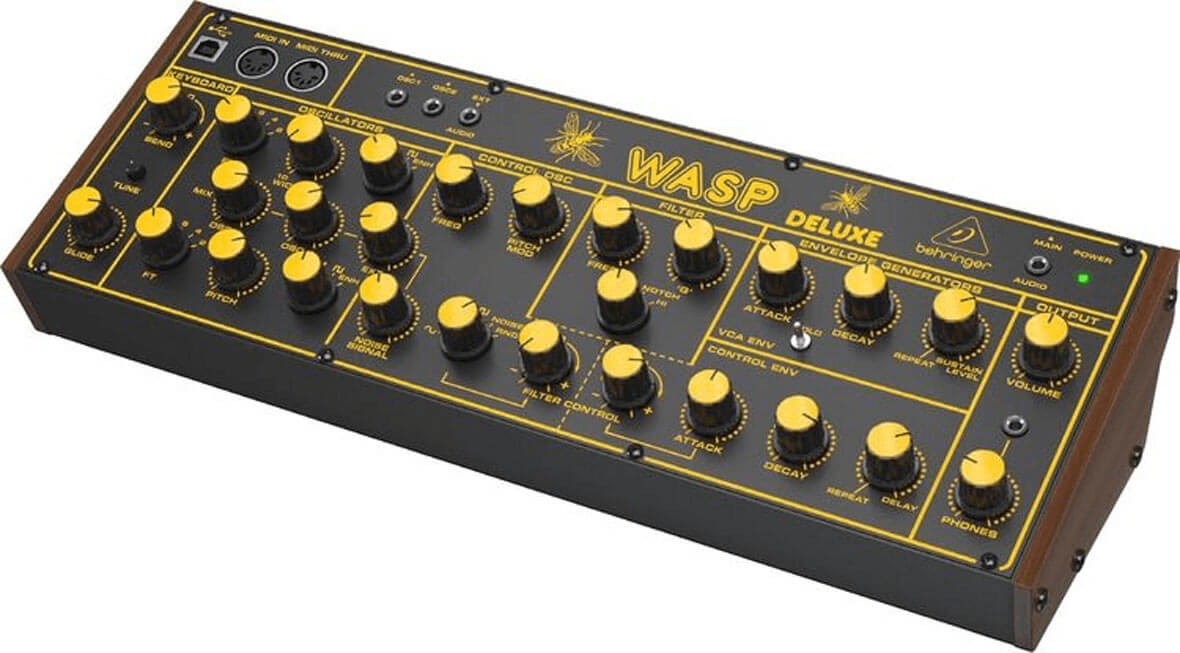 Behringer Announces The Wasp, Clone Of The 1978 EDP Wasp Synth

Behringer Announces The Wasp, Clone Of The 1978 EDP Wasp Synth

Behringer has announced yet another clone of a classic synthesizer – The EDP Wasp from 1978. The Behringer Wasp monophonic synth has the bone-rattling lows and searing highs that made its predecessor infamous in esoteric synth circles. The Wasp excels at droney, buzzy synth sounds, emanating from its two digital oscillators, distinctive analog VCF with highpass, lowpass, notch, and bandpass modes, noise generator, and a hive full of modulation capabilities.

Eurorack and Poly Chain Compatible
The Behringer Wasp can be used as a desktop module or integrated into a Eurorack system, with an 80HP footprint, and integrated it into your MIDI setup via 5-pin DIN or USB-MIDI. Featuring Behringer’s Poly Chain capability, the Wasp can be combined with multiple synthesizers for up to 16 voice polyphony. It also includes an external in, so you can shape and mangle guitars, vocals, drum machines, and more with the Wasp’s inimitable filters and modulators.

Pricing and Availability
The Behringer Wasp will cost $299.99 and is available for preorder via Sweetwater and other licensed retailers.

Next: Behringer CRAVE – Sounds Only Demo