Purge Cache
You can only use one set of groups with Cycle Round Robin or Cycle Random because Group Start...

Why Have One Round Robin When You Can Have Two

You can only use one set of groups with Cycle Round Robin or Cycle Random because Group Start Options work at the Instrument Level. But what if you want to Cycle Round Robin two sets of Groups independently from one another? The easy answer is with Scripting. But there is another way and in this quick tutorial i will show you how.

In an an earlier tutorial, The Power of Cycle Random in NI Kontakt, we talked about using the Cycle Random and Group Start Options to add realism and control over what samples are triggered when you play a note. Because Group Start Options work at the Group level, the Instrument only keeps track of one set of Random or Round Robin counters. This means that your instrument can only have one random or round robin grouping of sounds. To have more than one in the same Instrument will require the use of Scripts.

In this quick tutorial, I will show you how to have a left and right snare playing in round robin, each on their on key, without using Scripting. For this to work, the two groups must be multiples of each other. So for example left snares has 8 groups and right snares has 4 groups. 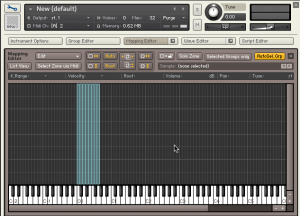 Move each of them into their own group by using the Zone Edit menu. 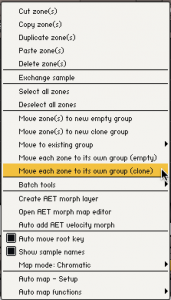 And make sure all the Zones are on the same key. 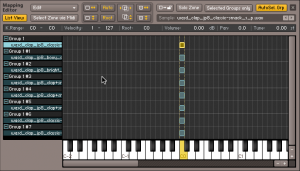 Tip: Rename the groups for easier identification. Groups can be renamed by double-clicking on them in the Group selector window.

Repeat for the right snare Samples. 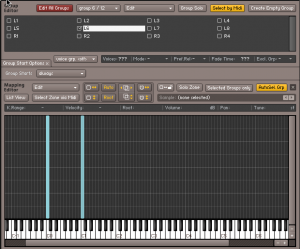 Select Group 1 of the right snare groups and set the position to 1. Change the connector to Or and change Always in the row below to Round Robin to add another Group Start option . Set the position of this row to 5.

Select Group 2 of the right snare groups and set the group start options to RR2 or RR6.

Select Group 3 of the right snare groups and set the group start options to RR3 or RR7.

Select Group 4 of the right snare groups and set the group start options to RR4 or RR8.

If you don’t have enough samples to make multiples, you’ll have to use scripting to have more than one Round Robin cycle count in the same Instrument.

Visit: Why Have One Round Robin When You Can Have Two