Purge Cache
In today's tutorial, we will discuss creating Key and Velocity Crossfades in Kontakt....

In today’s tutorial, we will discuss creating Key and Velocity Crossfades in Kontakt.

If you create an instrument from chromatic samples and you don’t have a sample for every note you can fill in the gaps by transposing nearby notes updwards or downwards. This transposition can cause undesired effects on the sample, especially when transposing over a wide note range.

Crossfades provide a way to counteract these affects by overlapping your Zones and creating a crossfade between them. This allows the Zones to ‘blend’ into each other for all notes that are within the crossfade. 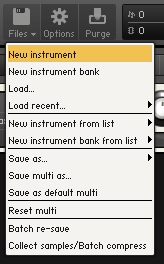 Next enter Instrument Edit Mode, then show the Mapping Editor. 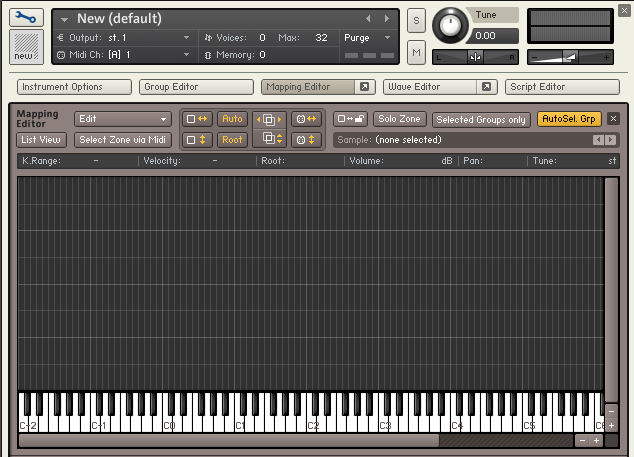 Add two samples from the browser (or your desktop). 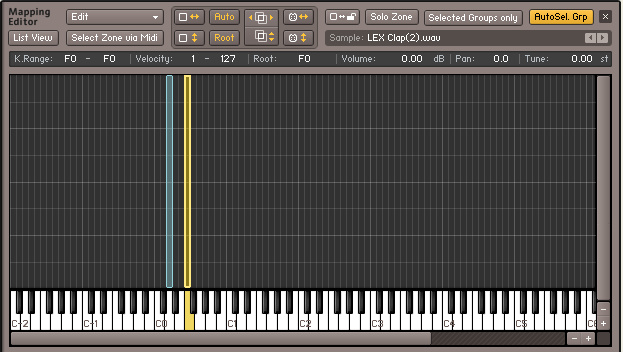 Extend the keyrange of the first Zone to C0 – E0 by dragging the left and right edges of the Zone or editing the Status Bar.

Extend the keyrange of the second Zone to D#0 – G0.

The Zones are now overlapping on D#0 and E0 where both notes are being transposed. 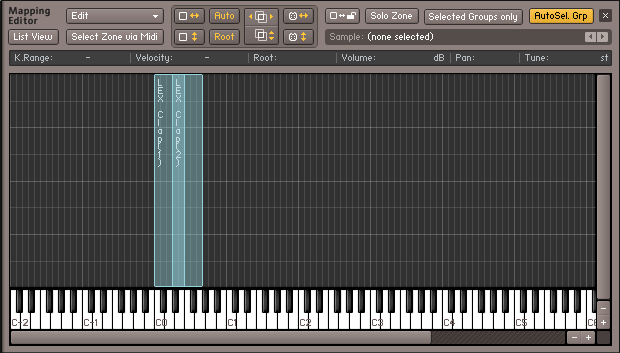 Select both Zones and click Edit>Batch Tools>Auto-Apply X-Fades (Key). The crossfade is shown as a colored gradient.

Tip: To remove a Key crossfade, select the Zones and then click Edit>Batch Tools>Remove X-Fades (Key).

Let’s work on the Velocity crossfade now by deleting all the Zones.

Add two samples from the browser (or your desktop).

Extend the keyrange of the both Zones to cover one octave. 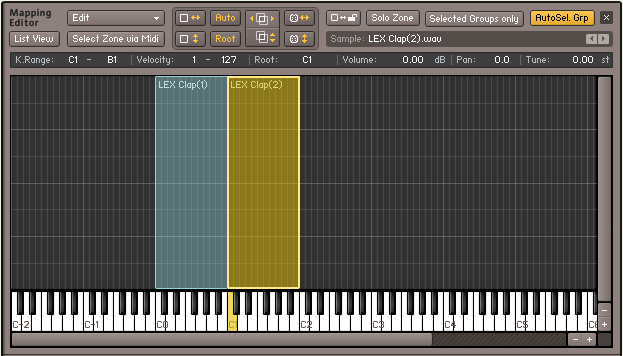 Move the second Zone over the first Zone by dragging it in the Zone Grid or changing the Keyrange.

Select both Zones and click Edit>Batch Tools>Auto-Apply X-Fades (Velocity). The crossfade is shown as a colored gradient. Note: I moved the second zone over so you can see the gradient more clearly.

Tip: You can manually create crossfades by Ctrl-clicking and dragging the borders of a Zone. 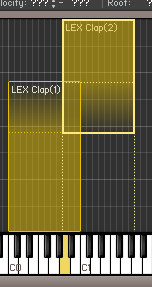 So now that you have a better understanding of creating Key and Velocity Crossfades you can make more dynamic and realistic sounding instruments.