Purge Cache
Phantom Terrains Wi-Fi data may be invisible to our eyes but a question still persists... Does... 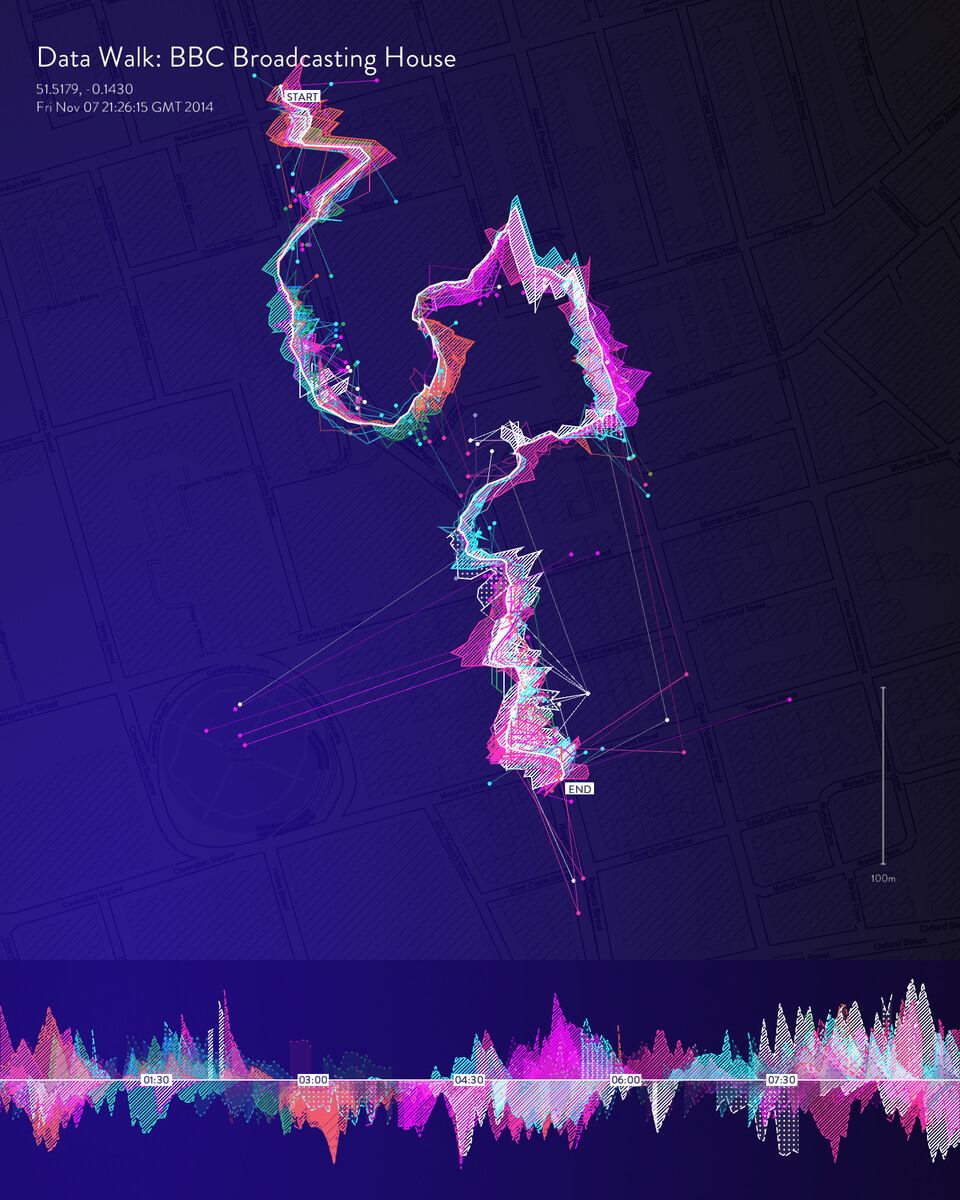 Does it makes sound ?

They used a prototype platform called “Phantom Terrains” in order to translate data streams that goes back and forth an iPhone to translate them into sounds and it’s quite interesting to hear !

Streams of wireless data surge from internet exchanges and cellphone relays, flowing from routers to our devices and back again. This saturation of data has become a ubiquitous part of modern life, yet it is completely invisible to us. What would it mean to develop an additional sense which makes us continuously attuned to the invisible data topographies that pervade the city streets?

Phantom Terrains is an experimental platform which aims to answer this question by translating the characteristics of wireless networks into sound. By streaming this signal to a pair of hearing aids, the listener is able to hear the changing landscapes of data that surround them. Network identifiers, data rates and encryption modes are translated into sonic parameters, with familiar networks becoming recognizable by their auditory representations.

The project challenges the notion of assistive hearing technology as a prosthetic, re-imagining it as an enhancement that can surpass the ability of normal human hearing. By using an audio interface to communicate data feeds rather than a visual one, Phantom Terrains explores hearing as a platform for augmented reality that can immerse us in continuous, dynamic streams of data.

For sure, we’re still far away to hear these sounds in most renowned worldwide Dj’s sets…

But it is fascinating to see and hear how much science and technology are fast unifying to deliver us things we would have never imagined a couple of years ago.

If this “Phantom Terrains” is a prototype project to which we can’t access, there is an application recently released that lets you see the various wireless signals around you…

Name is “Architecture of radio” and it is available at the iTunes app store :