Purge Cache
This week, I've got another collection of great free Reaktor ensembles from around the web...

This week, I’ve got another collection of great free Reaktor ensembles from around the web (you can find our first compilation here).

Due to some shortcomings, (not to mention widespread discontent with the ratings system) use of the official Reaktor User Library has dwindled in recent years. This has a couple of effects – one is that the community becomes more fractured as people  leave the User Library and post their work on their own sites, another is that the great stuff that does get uploaded often gets missed by many people.

Since one of the greatest benefits of giving away your stuff for free is seeing people use and enjoy your work, I hope to bring some more attention to various projects. If you find something you like, let it’s designer know!

One last word before we get started – I spend so much time in Reaktor programming and making tutorials that I don’t get as much time as I would like familiarizing myself with the work of others. If you have any suggestions for me to check out, leave them in the comments.

Babble On (and more) by JJ Clark

I wish I’d known of this guy when I was going to McGill, maybe I wouldn’t have dropped out! There is a lot of stuff on this page, all of it somewhat older, but still great. For me, standouts include the Babble On ensemble, a speech synthesizer that is quite impressive and complex, and  wXform, an additive synthesizer.

I haven’t had the time to try everything on this site, but the stuff I have used is very good.

Babble On is capable of programming out very long sequences (one of the presets is “She Loves You” by The Beatles) and comes with a manual to help with programming. Simply choose a preset from the Song Selector instrument and press the play button in Reaktor to check it out.

JJ Clark is also the editor of an online book, Advanced Programming Techniques for Modular Synthesizers, that focuses primarily on the Nord Modular, but has applications in Reaktor as well.

Speaking of the Nord Modulars, and vocal synthesis, here’s a Reaktor ensemble based on a Nord G2 patch that was originally inspired by the VOSIM technique. The result is a pretty nifty synth capable of making some very strange sounds that are reminiscent of speech but also very digital sounding. 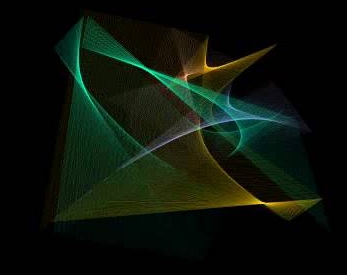 Made by a dream team of Reaktor veterans, including Richard Devine (whose work is included in the Reaktor 5 library) , SonicTwist and Antonio Blanca of Twisted tools, and Rick Scott AKA rachmiel, a prolific experimental Reaktor designer, Graincube is amazing! You can download it from Devine’s website, https://devinesound.net/. Due to the design of the site, I can’t provide a direct link, but simply click on the ‘Library’ section, and Graincube is listed quite close to the top. 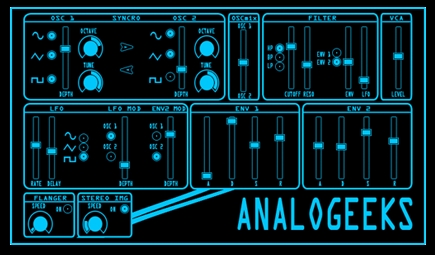 Sign Industries is a french record label that put out this Reaktor ensemble for free a few years back, complete with a soundbank designed by artists form the label and templates for the Lemur/iPad. A very cool idea with a fairly good implementation, nice design all around. Download here. 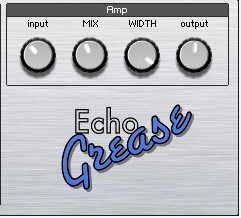 Colin Brown is one of the more talented builders out there willing to share for free. His newest ensemble, Echo Grease, is certainly worth grabbing from the User Library (you must have a registered copy of Reaktor to access this). Built on top of an old ensemble of his from the Top 100, this is a fantastic new effect with a lot of depth to it.

Before I post a link, I just want to mention some things about the voting system in the User Library. Basically, due a poorly programmed rating system, any vote less than a 10 is actually very bad – so you might think you’re doing somebody a favor by voting 9 out of 10, but actually these votes just destine an ensemble to a low rating and to never be noticed. So, if you enjoy an ensemble from the UL, please give it a 10, folks really do appreciate seeing their stuff do well.

Colin is also the force behind some other amazing projects. A few years back we were both working on convolution engines, something that had long been claimed as impossible in Reaktor. While I was able to get something mostly working, Colin ironed out all of the bugs and posted it to the UL. It may be a little complex to use, but it really is a great feat of engineering that it works at all, and it deserves more respect than it’s gotten so far! 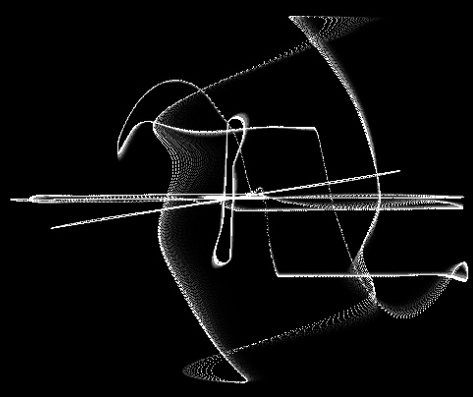 Here is the original prototype for the Factory Library ensemble Skrewell, by Lazyfish. Crazy sounds, ever morphing and capable of some really weird stuff. Currently this ensemble and a mod by Rick Scott occupy the top two slots of the Hot 50. Really great stuff!

Like I mentioned, I rarely have time to check out much in the User Library or elsewhere, being very busy with my own projects in Reaktor. I would like, however, to regularly update this site with quality Reaktor ensembles from around the web. One thing in particular I’d like to publicize is ensembles in the UL that deserve more attention and a better rating, so if you have any in mind, please post them in the comments!