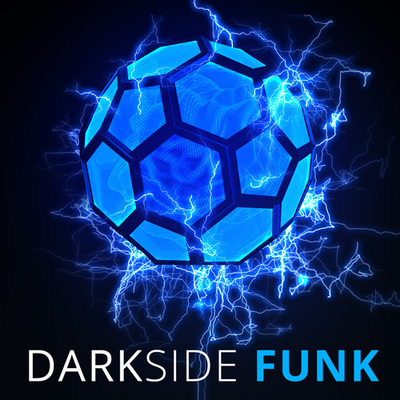 Forged in the fires of the future, Darkside Funk lies at the leading edge of evolving sounds for modern bass music. Inspired by some of our favorite sci-fi films, it cloaks you in an immersive universe of hard hitting basses, searing mid-range bizness and morphing textures. With modulation pushed to the max, each preset moves and breathes with a life of its own.

Lurking inside, you’ll find some of the most advanced and powerful sounds ever created for Serum. All this power is at your fingertips, BEGGING to be unleashed! The creative use of Macros makes Darkside Funk delightfully immediate and simple to use, while also yielding spectacular sound-mangling abilities.

After more than two years (for real) of development by our sound design team, and countless hours spent on the arsenal of presets, Darkside Funk sets a whole new standard. It’s poised to deliver the ULTIMATE Serum experience.

An entire realm of audio is packed into each wavetable. A wealth of timbres and tones lurk beneath the surface waiting for you to explore them. With a twist of a knob, you take the preset on an utterly smooth journey through spectral morphing.

► All Macros + MOD Wheel Are Used

Our philosophy was to make each preset evolve like CRAZY with a single note. Hyper-advanced modulation does just this. Each preset makes FULL use of all the Macros and MOD wheel to make the sound even more responsive and tweakable.

If you like heavily processed sounds, you’ve struck gold. Our affinity for neuro genres inspired layers upon layers of intricate, sophisticated effects. We pushed Serum’s infamous arsenal of effects to their limit. The result is pure fire!

Here’s Exatly What You Get:

Darkside Funk is the culmination of 2 years of work by our sound design team. No, that’s not a typo. We’ve been keeping it tightly under wraps, testing, refining and perfecting it. Although we could have launched it a lot sooner, Darkside Funk took 2 years because of how crazy HIGH we set the bar.

Some people might think that’s ridiculous, but when it comes to the quality of your music, there’s no room for anything short of SPECTACULAR. Each sound needed to have something completely NEXT-LEVEL about it to make the cut.

The presets are crazy RESPONSIVE, which took hours of extra work. All the macros, the mod wheel, and many other modulators are used to make these presets HYPER-expressive.

You can’t make something truly exceptional if you try to be all things to all people. We opted to take a different path: Specialize, focus our efforts, and make something absolutely BREATHTAKING. When your mission is mastery, you need to exclude things so you can concentrate on the core.

We drew inspiration from some of our favorite sci-fi movies, asking ourselves things like “What would a hyperdrive malfunction sound like?” You won’t believe your ears when you hear some of the sounds we came up with… It’s as if we took a Sith lord and gene spliced him with Han Solo. You get unreal evil superpowers, mashed up with swagger, style and charm.

The presets include a VAST arsenal of sound styles to fully round out your track. You simply don’t need to waste time hunting through tons of soundbanks to fill in gaps. Darkside Funk was designed to be balanced, complete, and immersive.

Other Details and FAQs:

Cross Platform Compatibility
Works on Windows on PC and OSX on Mac. Any program that can load Serum can use DARKSIDE FUNK.

What Version of Serum Do I Need?
You’ll need to be running Serum version 1.215 released August 31, 2017 or newer. To update Serum, login to your user account over at XFer Records, and hit up their available downloads section.

What Genres is Darkside Funk For?
We’re not going to BS you and say this soundbank can be used for “Any genre”. You can’t make something truly exceptional if you try to be all things to all people.

We opted to take a different path: Specialize, focus our efforts, and make something absolutely BREATHTAKING. When your mission is mastery, you need to exclude things so you can concentrate on the core.

Take a Peek Under the Hood… Watch These Videos on What You Can Do with DARKSIDE FUNK….