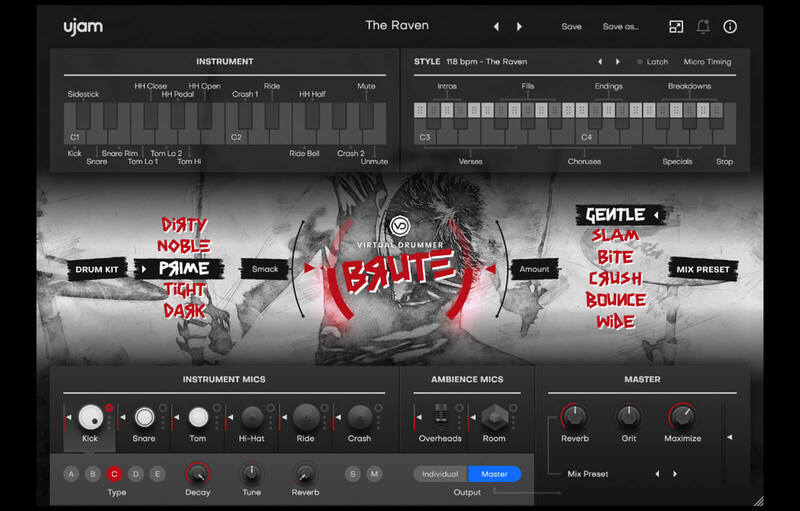 Smells like mean drumming - For rock, grunge, punk, and cross-over styles. Make your drums stand out! Easy and accessible drum sounds for crafting your next hit! Fight for your right to keep rocking!

From nineties to noughties

Contemporary hard-and-heavy music genres driven by a very specific drumming style: loud, wild, edgy and cutting through the mix. Both drum sounds and playing are rooted in aesthetics invented about two decades ago. Virtual Drummer BRUTE features the essential sounds and styles from Grunge to NuMetal.

In a nutshell: BRUTE is the Virtual Drummer for you, if HEAVY 2 is too Metal-ish and SOLID 2 not rocking hard enough.

What’s in it for me?

From Seattle with love attitude

In the early 1990s, a guitar-heavy new musical category set out to conquer the hearts and ears of the audience. A new generation of artists would unleash distorted guitars, angry drums, and bucketloads of attitude onto an audience that was suddenly keen to rock out again.

Influenced by classic rock of the 1960s and ‘70s, and in opposition to the synthetic aesthetics of the prior decade, bands like Rage Against The Machine, Nirvana, Soundgarden, or Alice in Chains popularized the next incarnation of Rock music. Its playbook is still today the go-to for guitar-heavy hard rocking styles.

What makes BRUTE special? First and foremost it has been designed, recorded and processed to do one thing really well: Compete with layered walls of distorted guitars while maintaining character and detail. This was a tricky challenge… The solution was to record with three different sets of microphones that emphasize different aspects of the drum sound.

Each of the three microphone sets has a specific sonic purpose:

Using the Smack and Grit controls, you can adjust and blend these different characteristics seamlessly to find the perfect mix:

The five drum kits in BRUTE have been composed with specific styles in mind.

Drumming in the name of

Programming realistic drum tracks can be daunting. With BRUTE it’s fast and easy, so you can focus on your music!

NOFX? Well, there are at least a few…

Mix Presets shape the overall sound by swapping out an entire multi-bus effect chain for every channel under the hood. Saves you time and nerves wrestling with the bus system of your DAW.

Make your drums stand out! Smack adds purpose-recorded and processed mic signals that focus attacks and transients while retaining the warm, organic qualities of the kit.

Crossfades between two sets of mics: basically from nice and clean to dirty and mean.

Made for you and your stupid mom!

Fight for your right to keep rocking! 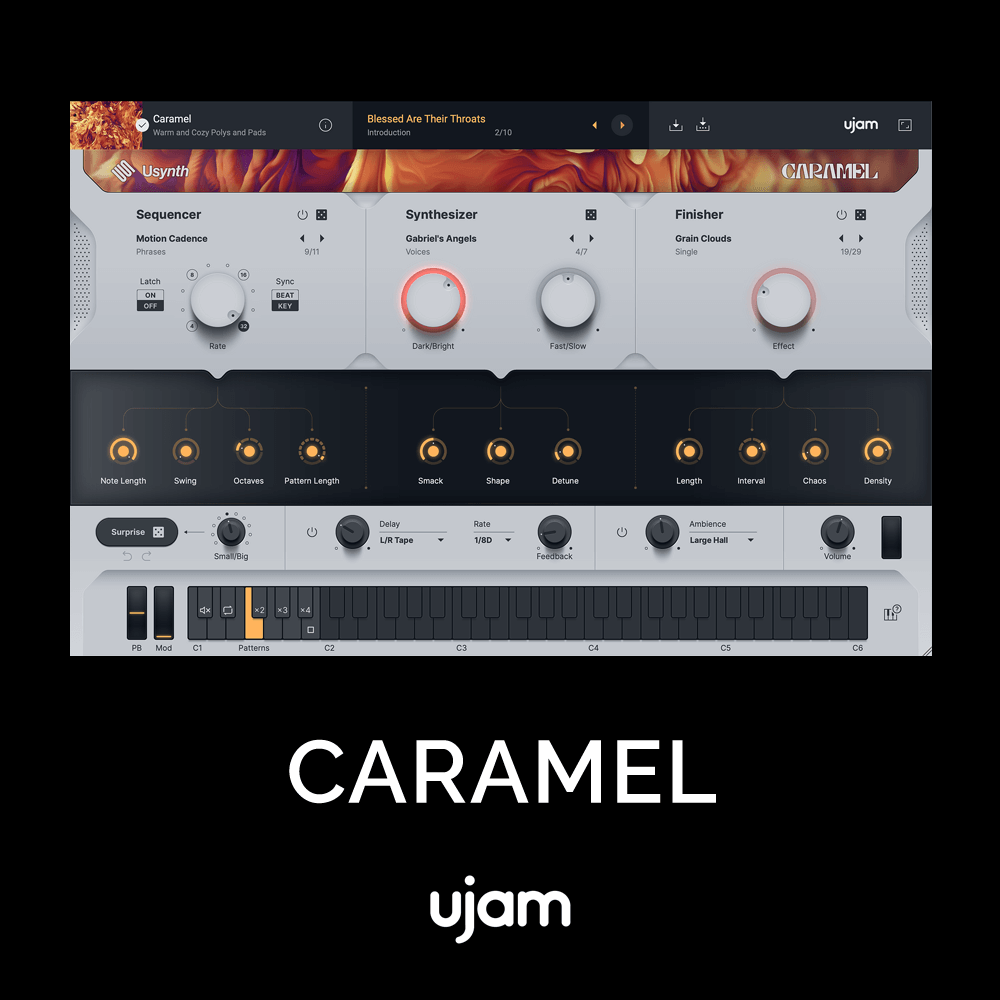 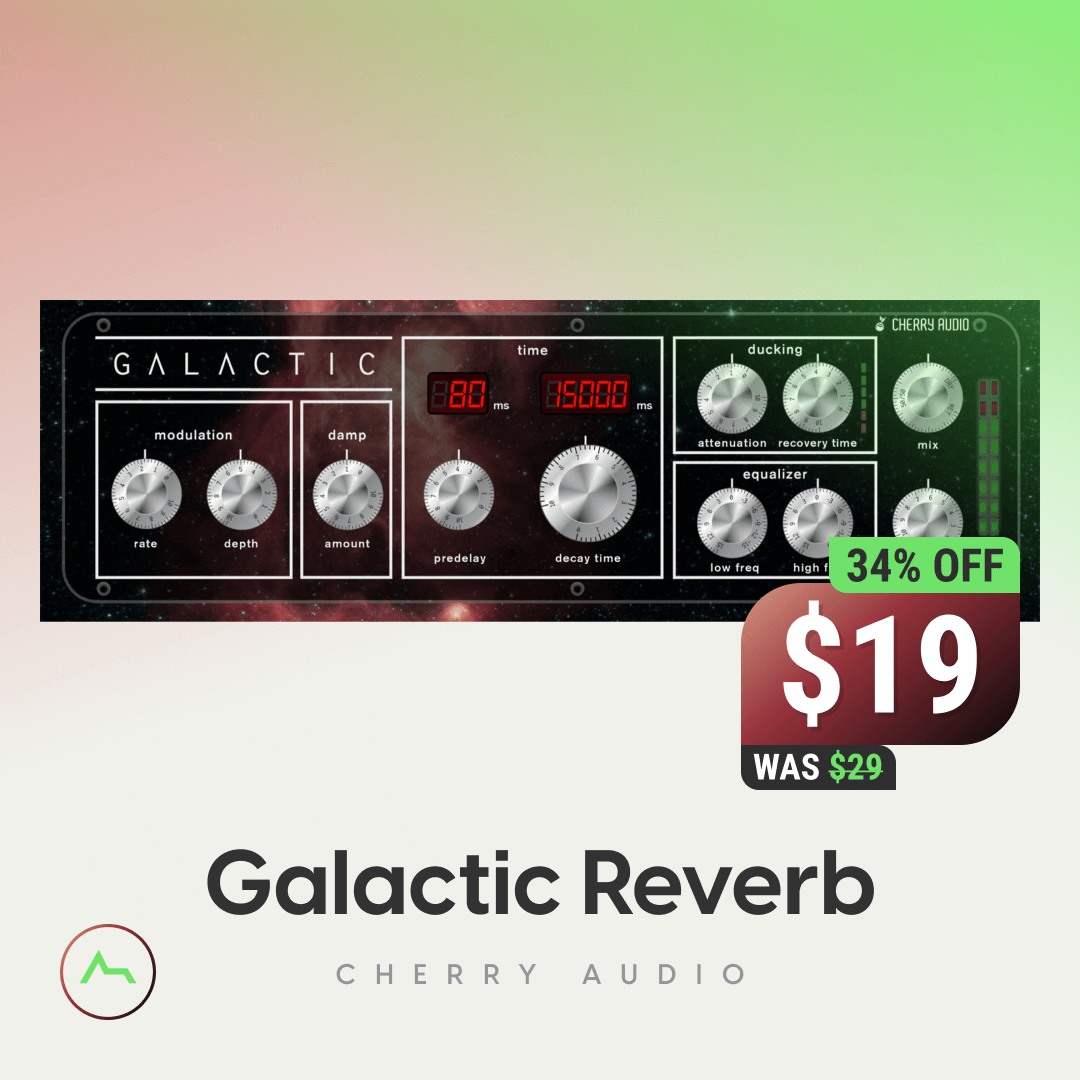 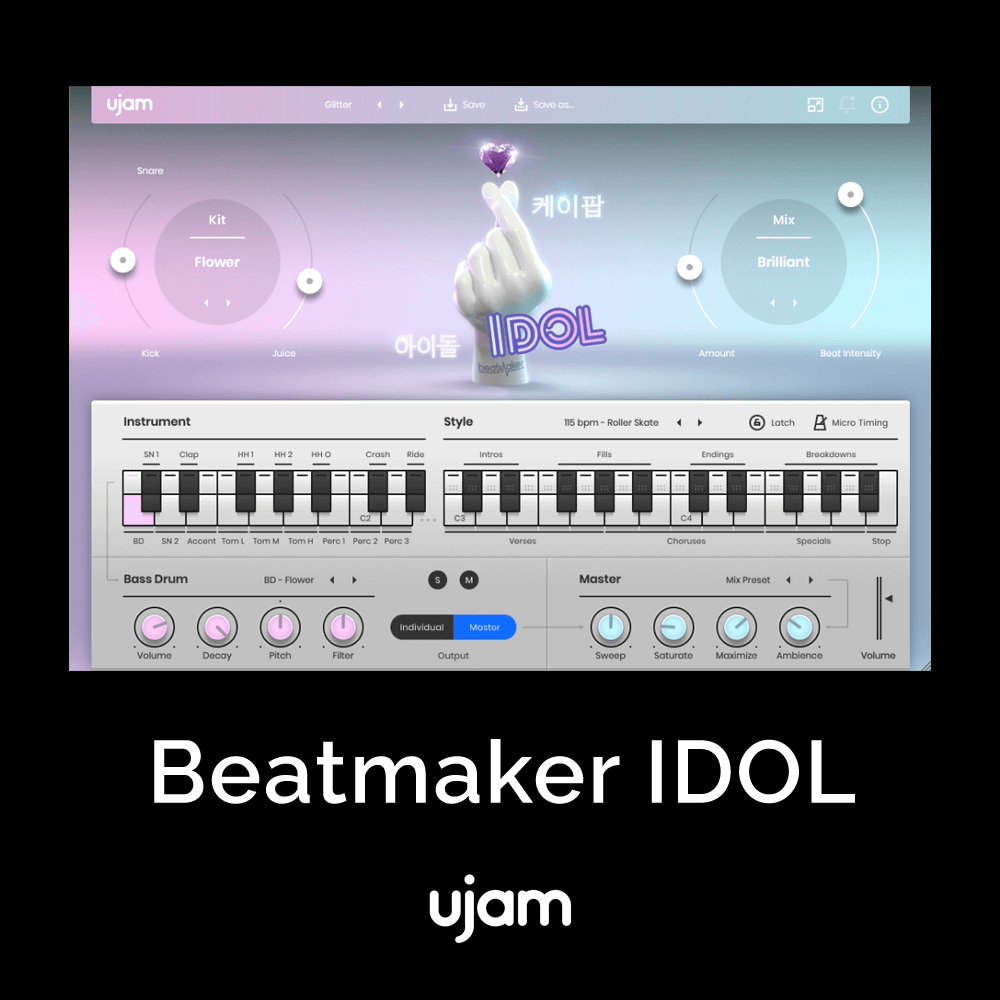 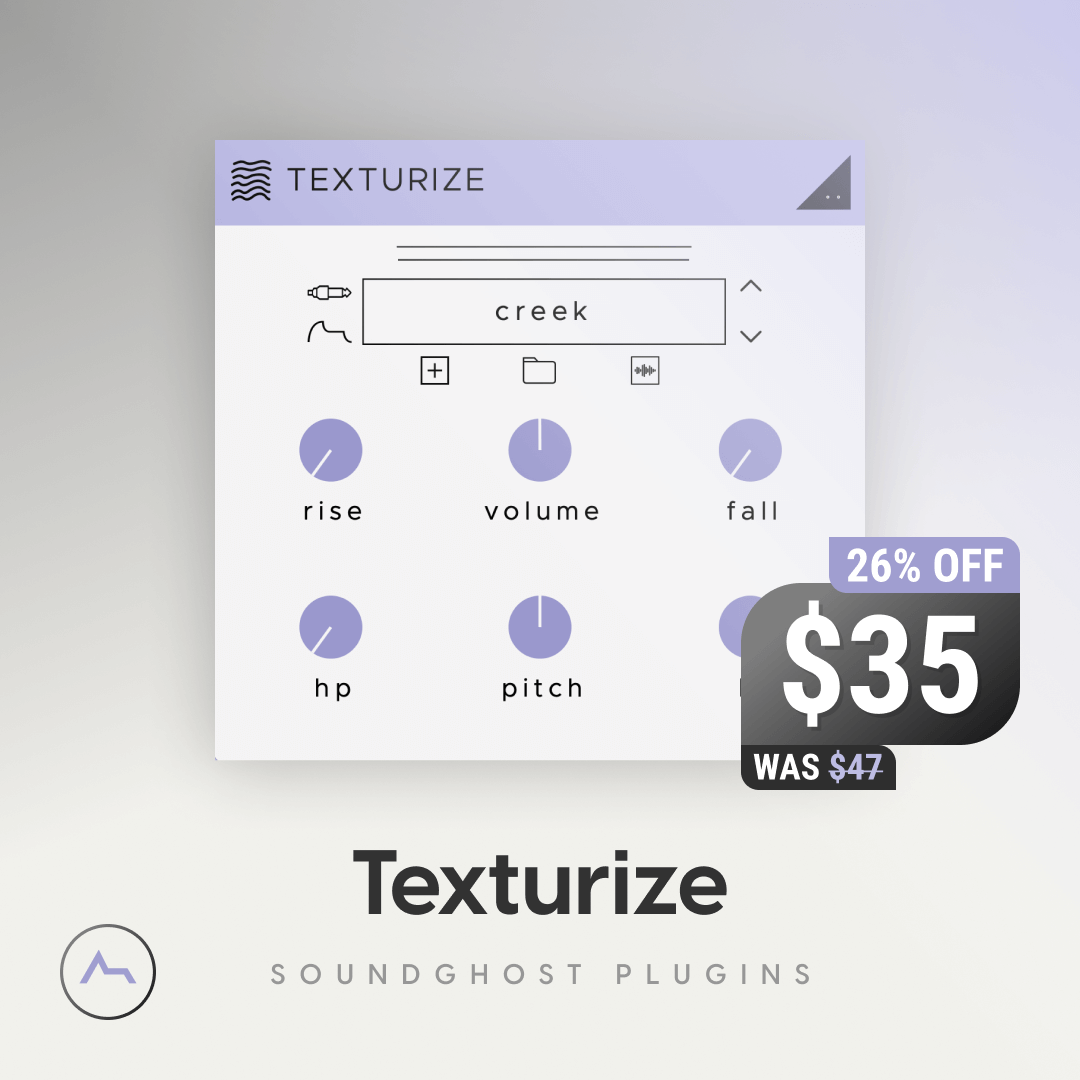 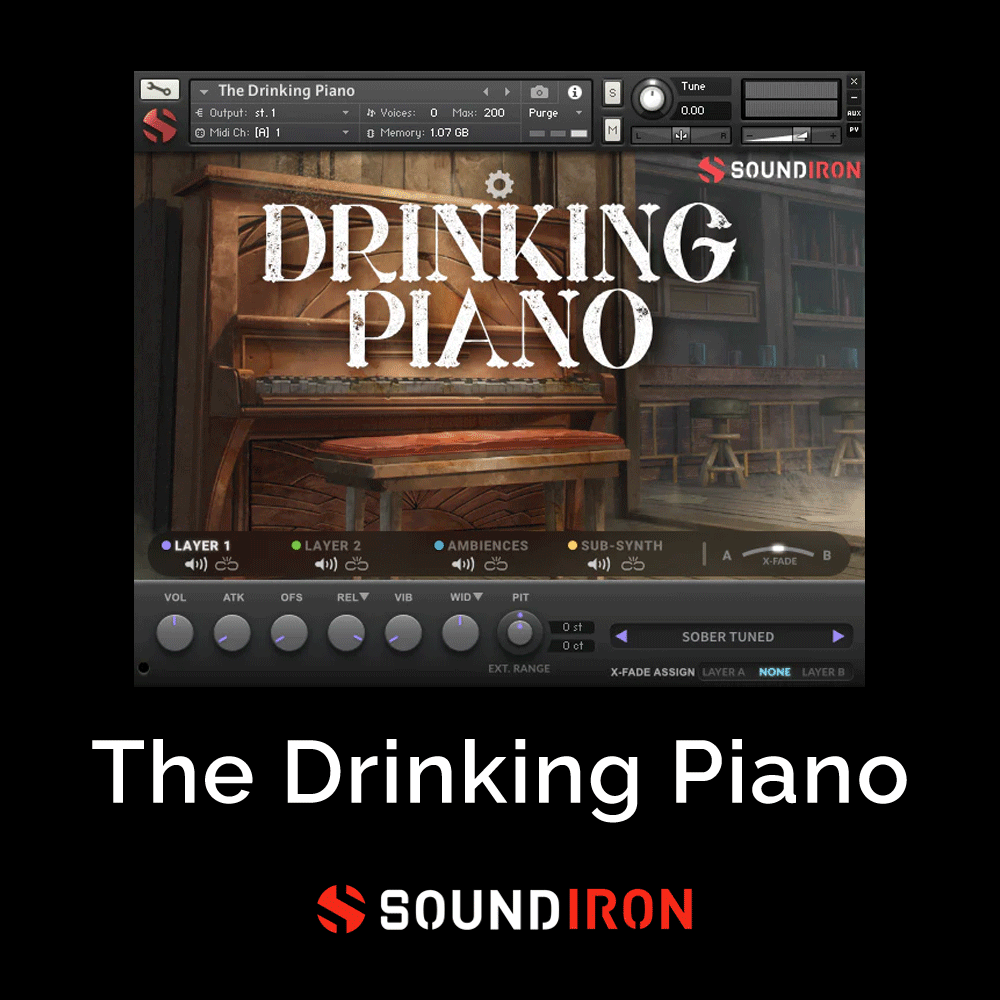