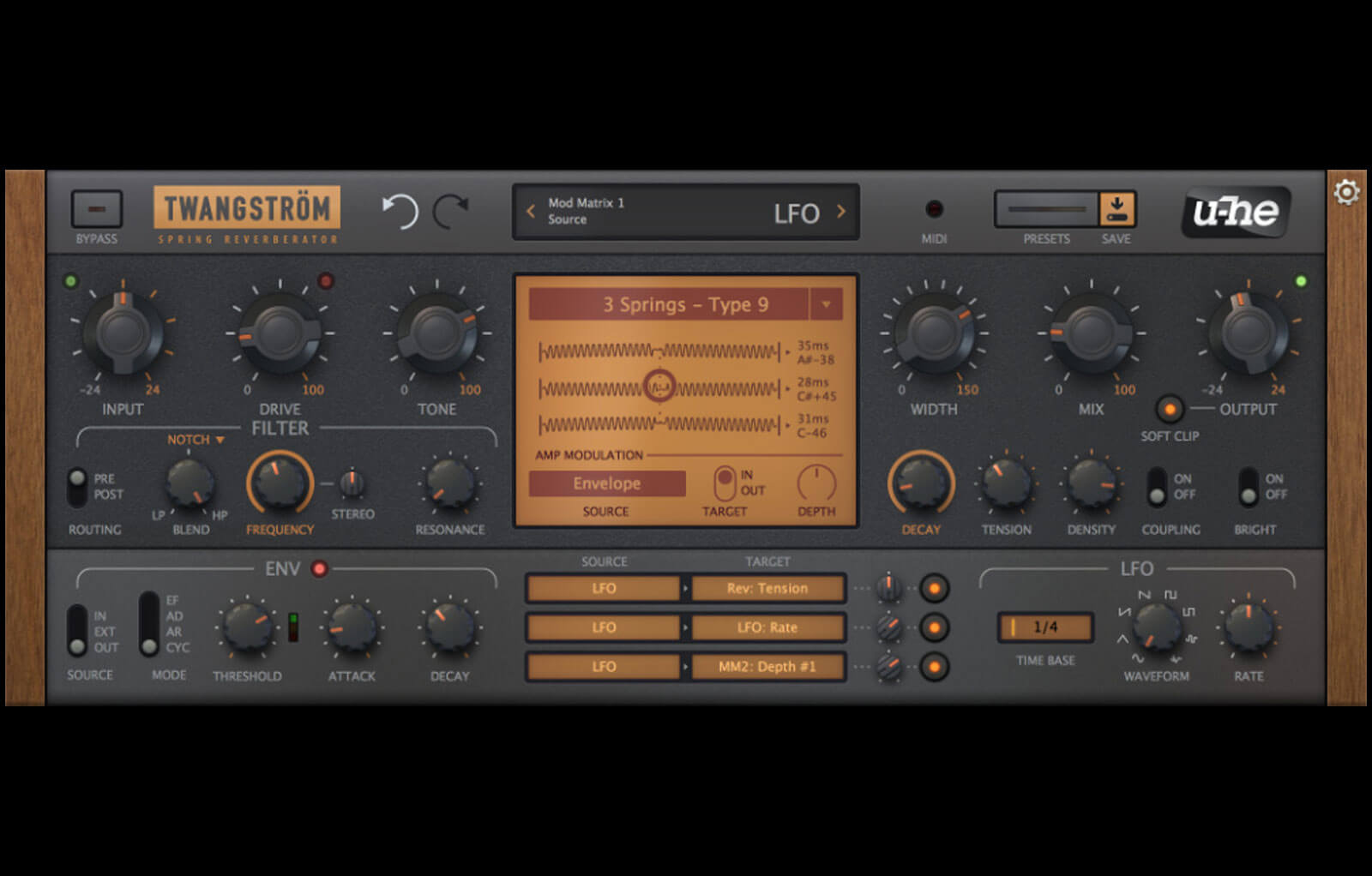 Twangström is a highly flexible spring-reverb. It's central element, the reverberation tank, is fully based on physical modelling. As opposed to plug-ins using impulse responses, the modelling technology in Twangström mimics the actual physics of mechanical reverberation. 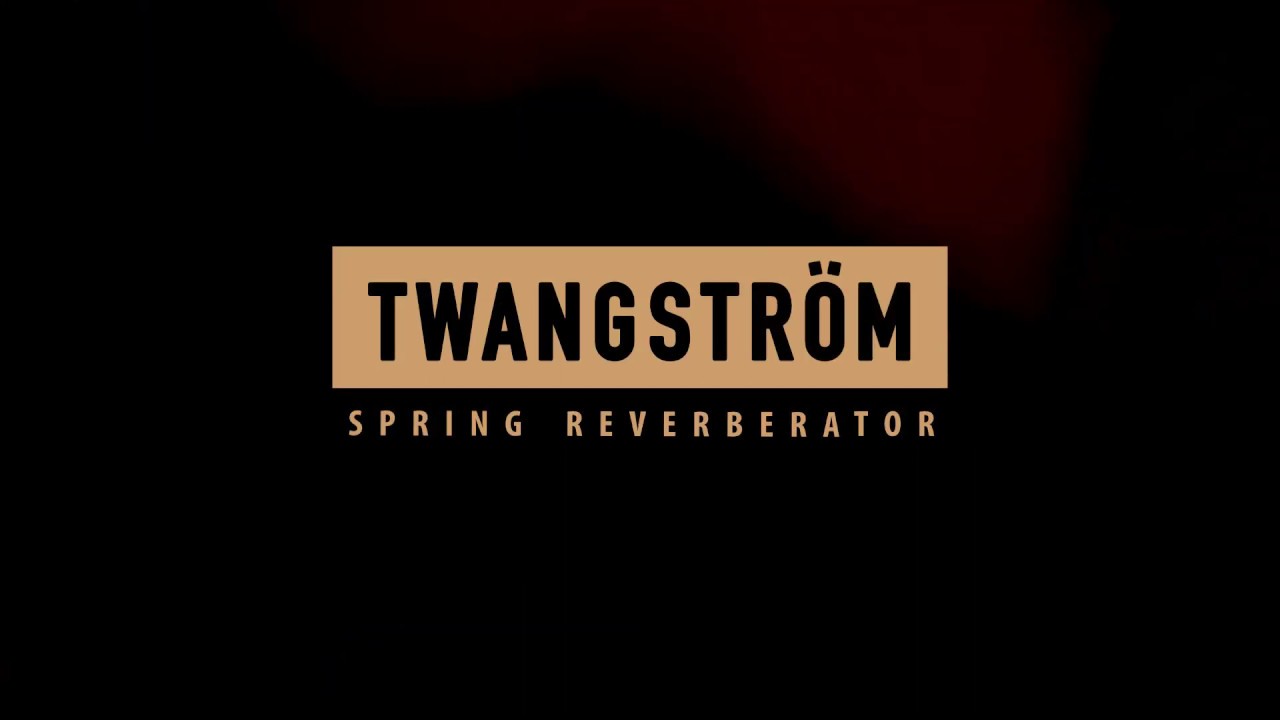 A flexible spring reverb box-of-tricks. If you’re familiar with Bazille, you might already have come across its built-in spring unit. We took that one, then modeled two more reverb tanks, paired it with drive section, filter stage, envelope, and mod matrix.

It emulates a hand-picked selection of the most popular units you will find in classic guitar and instrument amplifiers, recreating the odd character of real springs.

As a faithful emulation of a mechanical device, Twangström needs to be handled well. Many of the technical parameters are user-adjustable in real time, and these can be controlled via MIDI or using the internal LFO and envelope generator.

With its multimode resonant filter, Twangström is a unique and powerful tool which can deliver highly unusual, evolving textures… especially when the signal is tossed around using the modulation matrix!

The Reverb Tank – What’s going on?!

Often referred to as a tank, spring-reverberation devices typically incorporate several metal springs suspended in a metal case. The springs are excited using electromagnetic transducers. The principle is similar to a loudspeaker, except with a spring instead of the membrane.

Sound waves travel across the spring to the opposite end, where another transducer converts the mechanical energy back into an electronic signal. A lot of the energy is reflected at both ends, but mechanical damping inherent in the system means that the the sound fades away naturally.

Several springs often share a transducer pair. In such cases, the transducer houses each spring’s cylindrical end-stop magnets, distributed evenly within the air gap (and enclosed by the laminated core, a stack of thin magnetic iron plates).

Sharing a transducer pair minimizes mechanical and electric complexity, but the signals can only be treated as a whole. Tanks that can be operated in stereo require multiple transducers, and are therefore quite rare Of course you have them in Twangström! Some stereo systems had two complete tanks.

A transmission spring follows a principle physicists call the spring-mass system, and you might recall classroom experiments in which a weight was attached to a hanging spring, making it oscillate at a certain frequency.

Apart from the external mass, the physical properties of the spring (material, length, wire gauge, number & diameter of coils) have a great effect on the vibration and transmission of sound. The longer the spring, the lower the frequency at which it oscillates. Longer springs also decay more slowly than short ones, as more windings result in more kinetic energy potentially stored.

Typically, reverb tanks with multiple springs are chosen for unequal delay times. Ratios based on prime numbers help in achieving dense reverb by strictly avoiding repetitive echo pattens. In a reverberation tank, the rigid suspension mounts at both ends act as a constant mass, thus damping the spring’s energy.

But upon vibration, some of the energy is transferred to the other parts. In a multiple-spring arrangement, all springs share a common mounting plate, so vibration becomes an interactive process. As a result, springs interchange their wave fronts and the sound becomes more washy with each reflection.

If there were no mechanical coupling involved, a minimum (static) density could be achieved by choosing suitable delay times, but there would be no buildup of echoic complexity. In real tanks a certain degree of coupling is always present, so we made it switchable in Twangström.

In certain setups the echo-density buildup has another cause: the division of the spring into shorter segments. For instance, at first glance the popular Accutronics Type 4 tank appears to be two springs, but is actually four: Each sub-system comprises two springs with a small joint in between.

What happens there is pretty much the same as at the suspension end of normal systems: Waves are partially reflected while most of the wavefront is passed on to the next spring. These joints seldom divide the two springs perfectly, and this fact helps spread the echos around, making the reverb tail more diffuse.

Hitting your computer won’t make Twangström shatter, so we added a twang control. This is used to shake the springs, either manually or through modulation and automation.

You might think this is a gimmick for which you have no further use (apart from waking up the neighbours), but if you modulate it slightly, everything comes to life!

Twangström’s reverb is based on physical modelling. As opposed to plug-ins based on impulse responses (IR), our approach mimics the physics of mechanical reverberation. By simulating the wavefront travelling through a medium, we can include all the aspects of excitation, reflection, dispersion, interference, and other audio properties.

Twangström does not mimic the sonic result, but simulates the physical device. This means that all dimensions of the device are controllable in realtime, on a per-sample-basis – which all boils down to quite some power at your fingertips!

The envelope in Twangström features 4 different modes and can pick up the signal from either input, output or external sidechain. You can select between Envelope Follower, Attack and Decay, Attack and Release, or Cyclic modes. The last one is similar to a 2-stage LFO. Shown controls will adapt to the selected mode, with Threshold not appearing while in Envelope Follower mode.

The modulation matrix has three general purpose modulation slots, and yes, you can select shake as one of many targets to modulate the Twang control!

The LFO features different time bases, including a non-synchronized one measured in seconds. Synchronized options include both dotted times and triplets. There are 8 different waveforms to choose from, with 2 of them being stepped or glide random shapes. 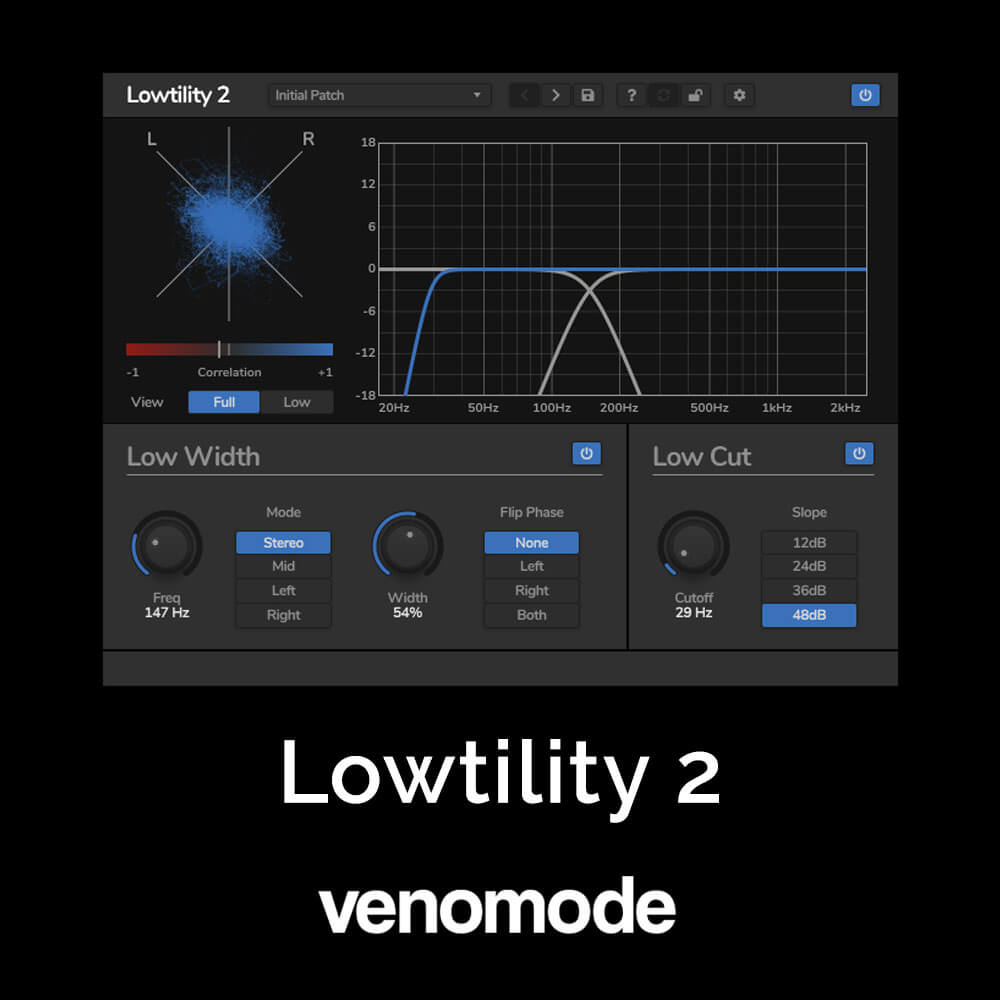 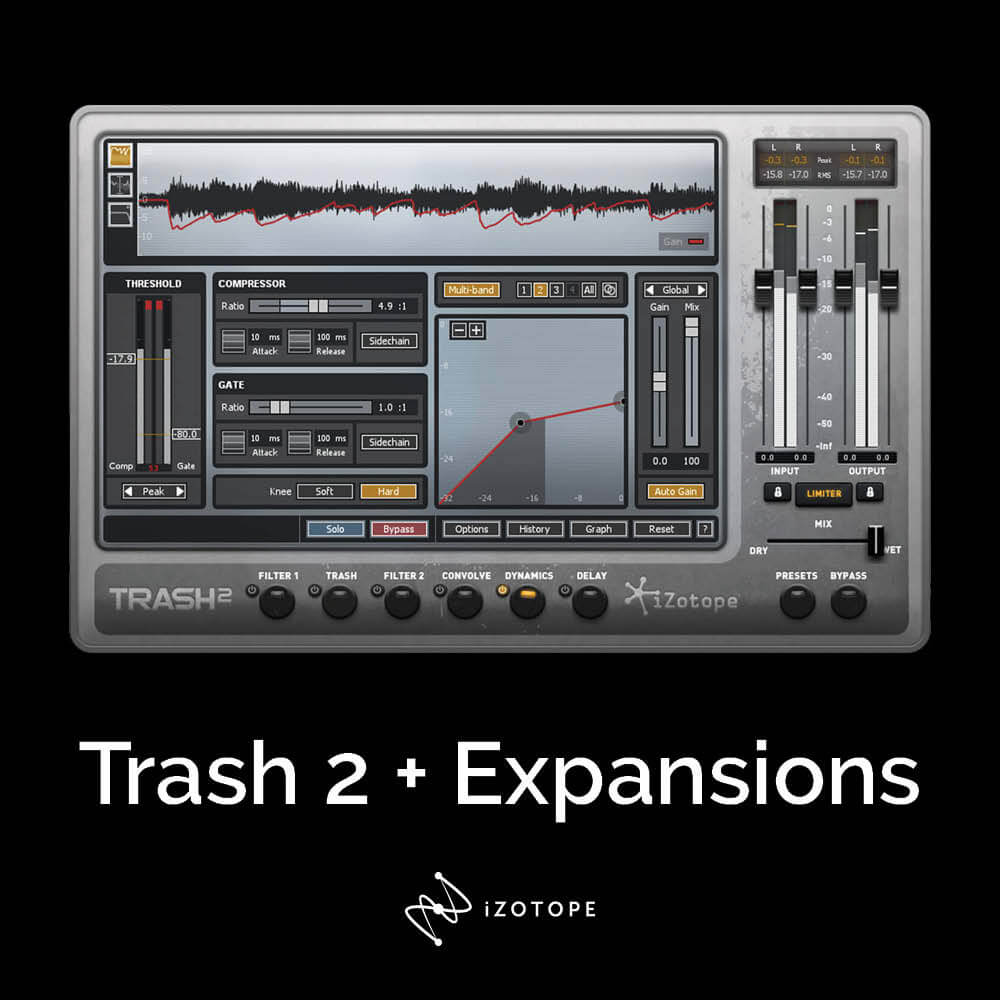 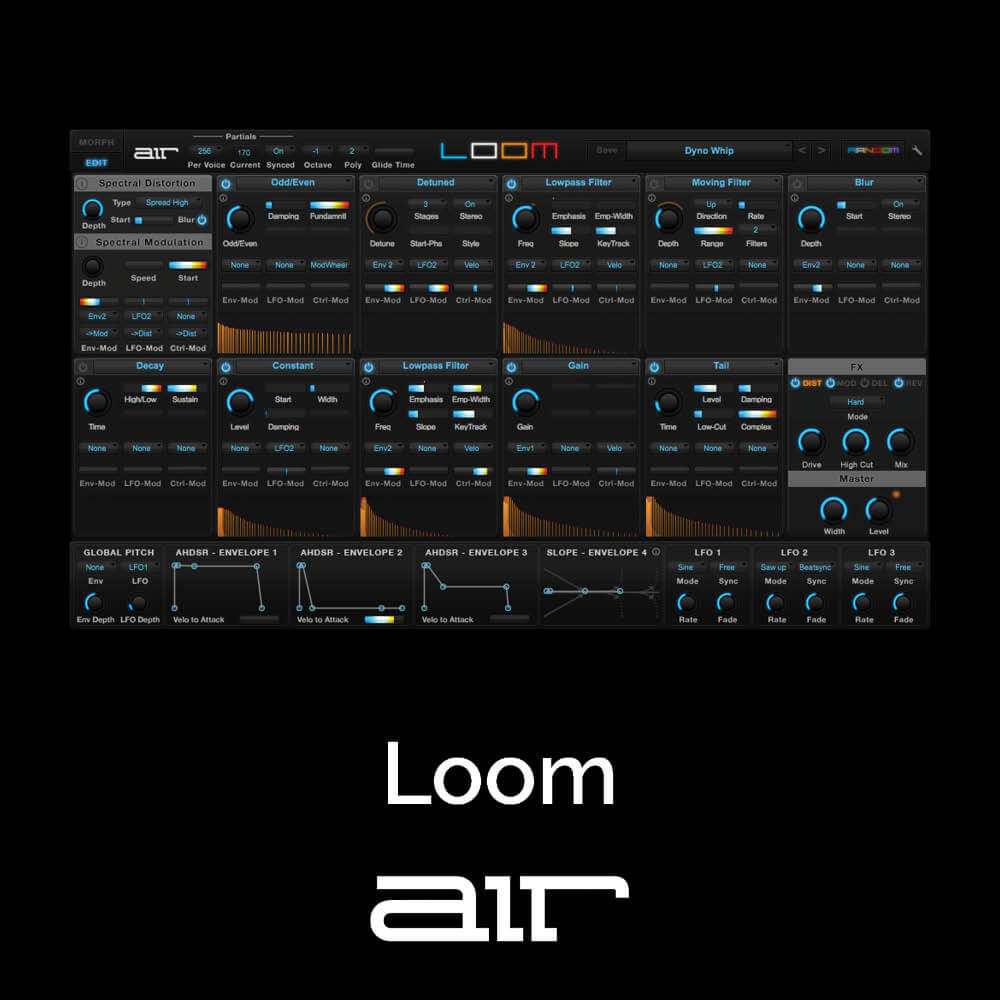 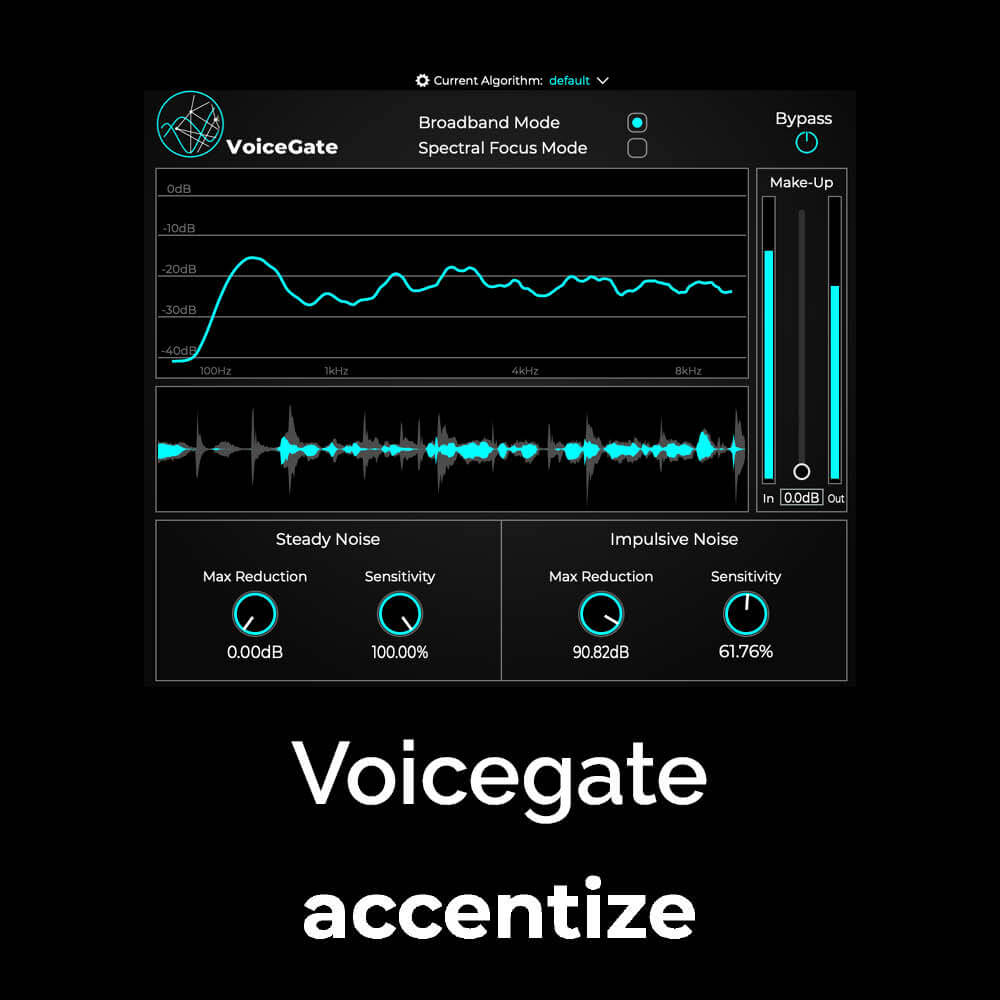 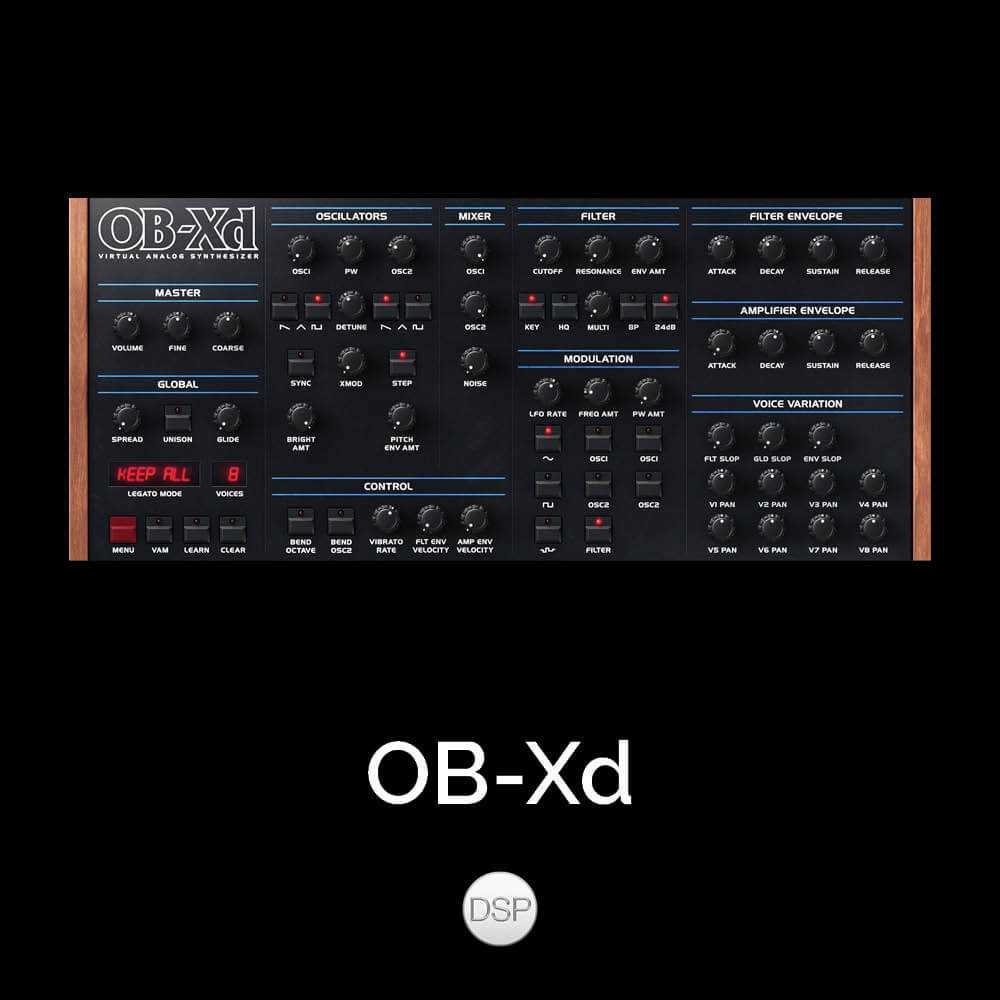