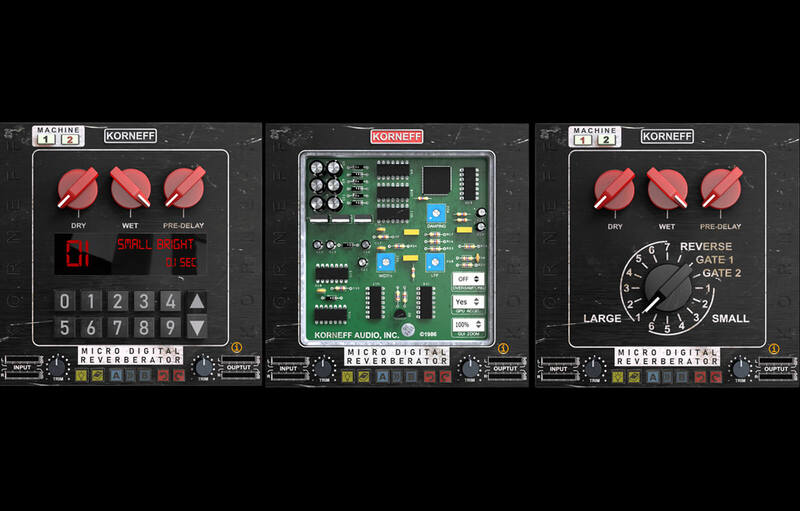 Our MDR has the sounds of the first generations of budget reverbs that took over project studios in the late 1980s. In a few years, these units were commonplace in major recording studios and all over many of your favorite records.

Don’t let the simple interface fool you: this thing sounds amazing, with tight small rooms, huge plates and halls, gates and reverse reverbs, and some effects that can only be found on the MDR.

Machine 1 is a simulation of a very popular 16 bit, 1/3 rack size digital reverberator that was introduced in 1986. Although it has a limited amount of sounds, they are carefully designed and sound great. You still see this unit in guitar racks and studios all over the world.

Machine 2 is a simulation of the second-generation, full-rack size digital reverberator. This unit has lots of presets, lots of useful sounds, and some one-off special effects which can only be found on this particular unit.

Nerdy on the Back Side

The Micro Digital Reverberator has a few tweaks on the other side that let you craft frequency response, oversampling and GUI performance. There’s also a super effective stereo widener tucked in back there, for those times you want the effect all around the music and the listener.