Kameleono is an innovative VST / AU plugin suitable for many applications such as Song-writing, Producing, Live Performance and Jamming. Kameleono brings the power of side-chaining to the MIDI world, opens up endless possibilities and is capable of delivering the most demanding professional results. 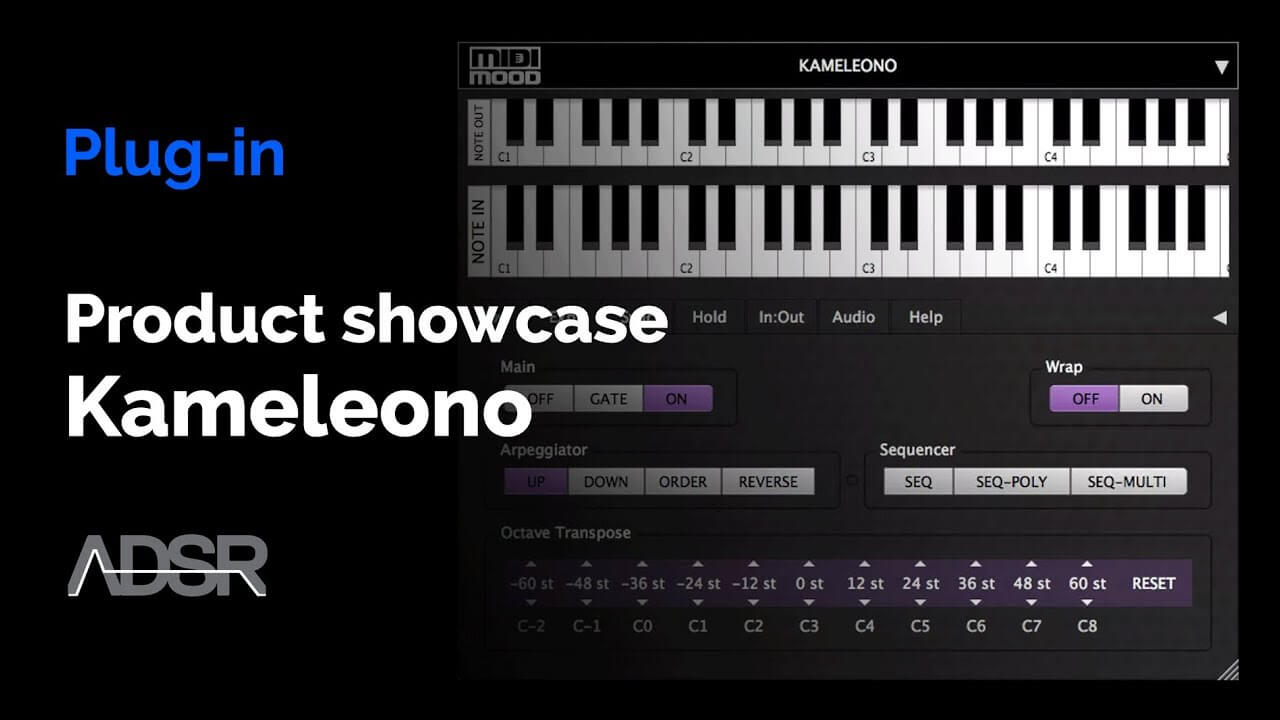 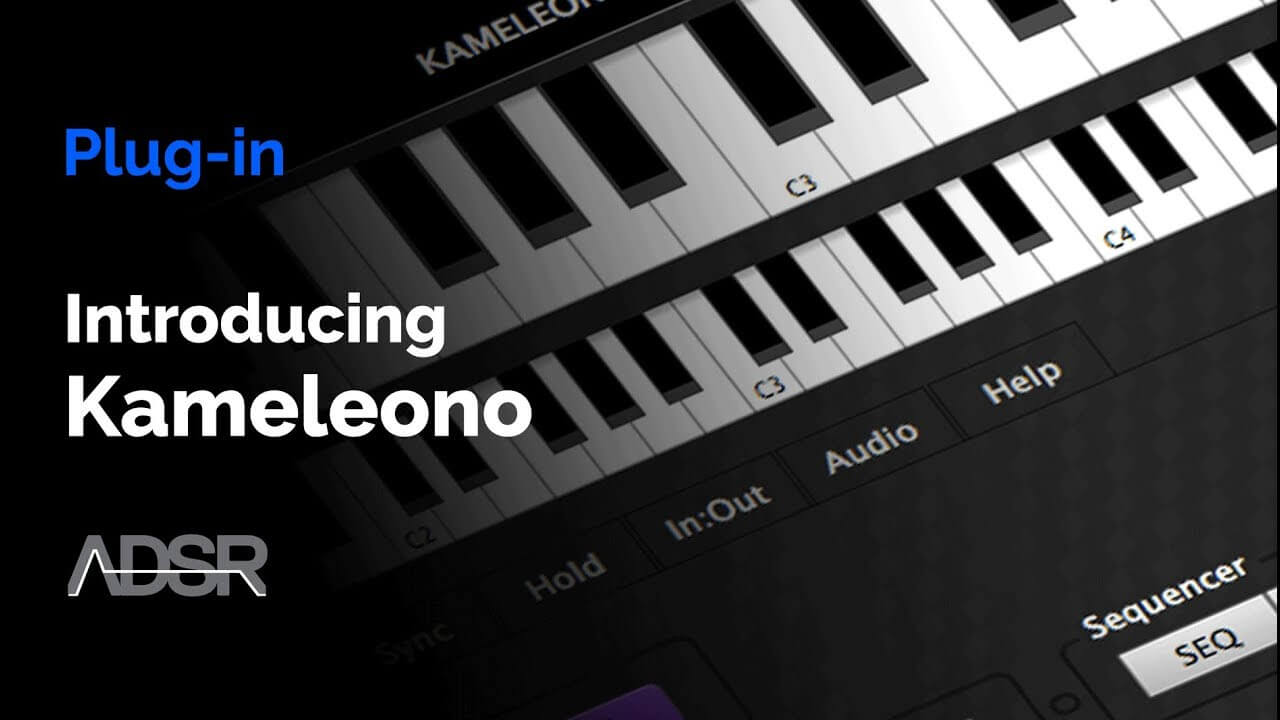 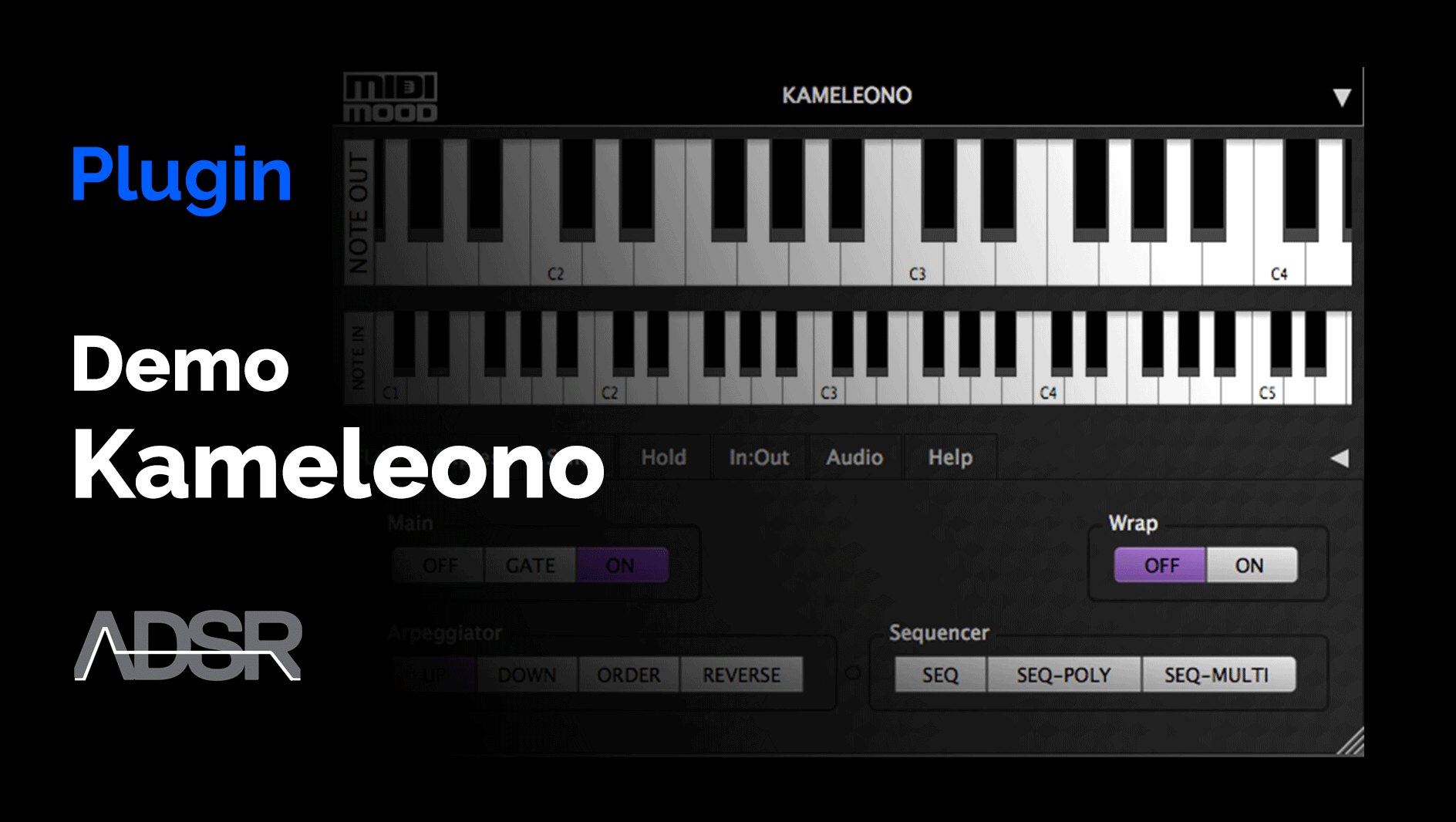 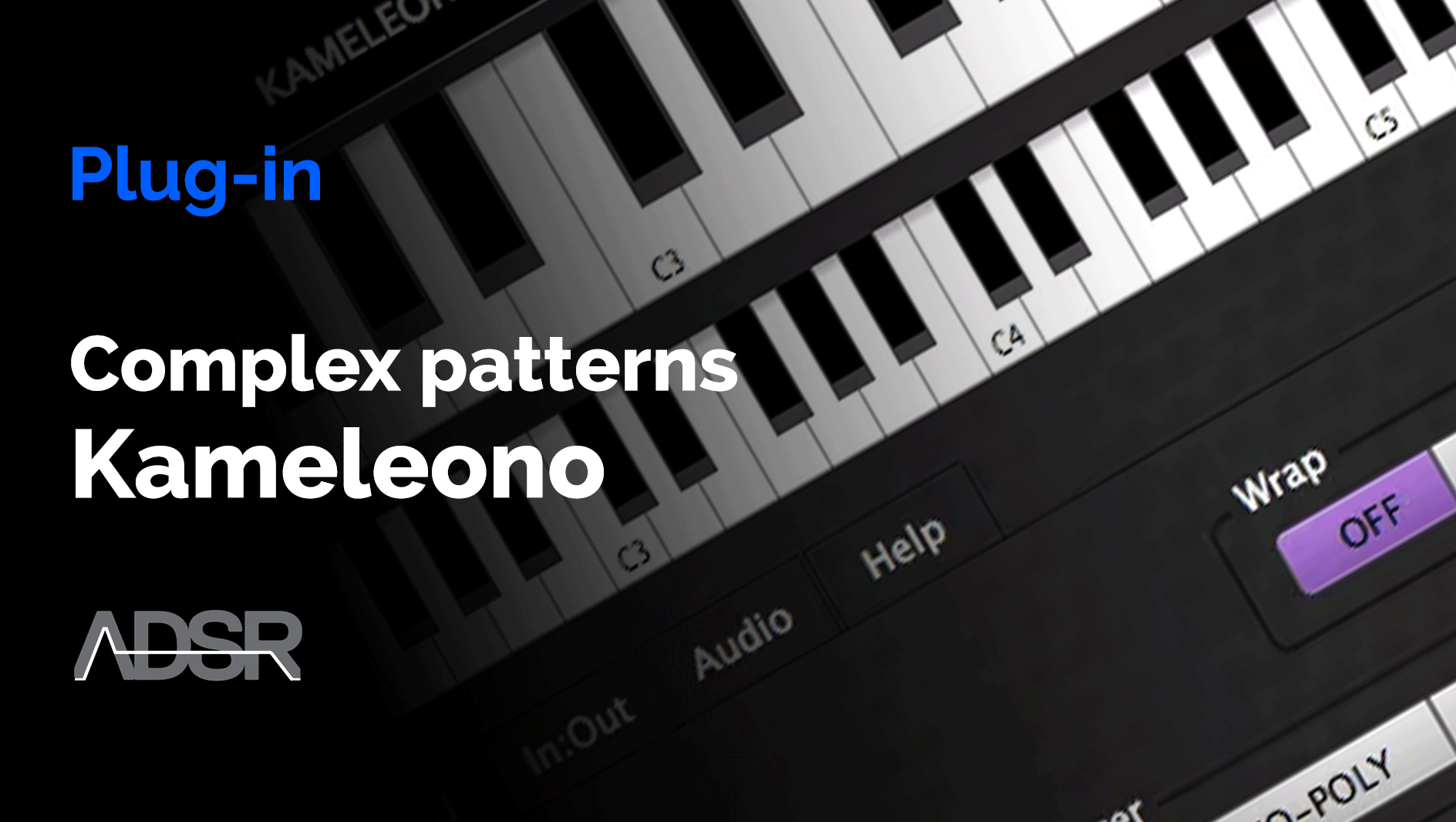 Kameleono is a new kind of a live musical instrument. It brings the power of side-chaining to the MIDI world by using your DAW to build patterns and sequencer steps. This enables live performances with accurate timing and unlimited complexity. You can use it to play or program the most high speed and complex modern melodies, bass lines, etc. You can also use it to simulate professional playback of a real instrument such as a Piano, Guitar, etc., as shown in the demo video. How Does It Work? Kameleono is unique. In addition to the standard MIDI-In / MIDI-Out you’ll find on any other MIDI FX plugin, there is also a side-chain MIDI input called Pattern-In. The Pattern-In acts as a data source for Kameleono’s internal engine and can be used for Arpeggiator Patterns, Sequencer Notes, Sync Markers, etc. Kameleono is a multi-effect MIDI plugin due to its modular design. Every module can be used separately, or in conjunction with other modules.

High Precision Engine Kameleono’s engine processes MIDI notes with Sample Level Accuracy. Your output notes will be right where you expect them to be. Processing is done in parallel to the DAW’s audio signal flow, introducing Zero Added Latency and Extremely Low CPU Usage. Innovative Arpeggiator A modern pattern based arpeggiator with a full polyphonic support. You can produce highly diverse and rich patterns easily and quickly. Side chaining allows unlimited steps, notes length, etc. Combined with advanced timing, this frees your imagination and creativity like never before. Unlimited Sequencer Sequencers are powerful, yet usually limited to one note at a time and a small number of steps. Kameleono’s sequencer removes those limitations, introducing a new level of sequencing with Polyphonic Patterns, Unlimited Steps, Per Note Shuffling and much more. There is also a special mode for drums. The sequencer can act as a note gate, allowing synced mute/un-mute of individual drum instruments in real time. MIDI Expression Control Both Notes-In and Pattern-In can be used as Notes-Out Velocity Sources. You can also use both sources in Mixed Mode by moving the NOTE<—>PATTERN slider to set the Effect Ratio. The same functionality is available for MIDI controls such as Pitch-Band, Channel-Pressure, Volume, Modulation and Pan. Advanced Timing and Synchronization When it comes to producing professional, yet humanized output, advanced timing and synchronization is a must. Fortunately, Kameleono’s timing engine has a lot to offer in that department. You can set your note’s start and stop timing sources separately. You can even design an independent sync layer by adding sync markers to your pattern. Further tweaks to match your hardware and personal timing capabilities are also available, including Note-In/Pattern Latency and Note In Granularity. Configurable Note Hold With six modes to choose from, a freeze button and two timers, you have total control of Kameleono’s note release mechanism. Notes can be Auto Released using a timer, Sync Released using a marker and Sync Replaced using a Freeze marker. Notes can be Toggled On/Off every time a key is pressed. You can also use the Stick Time to define the time needed to press and hold keys before the Note Hold’s Engine kicks in. Flexible I/O MIDI ins and outs are easily configured to meet your needs. You can set the channel, transpose and active note’s range. For maximum flexibility, transpose and active note’s range settings are available independently for Notes-In, Pattern-In and Notes-Out. Build-In Basic Synth You can test your setup without an external instrument. The synth has One Oscillator and three wave forms: Sine, Saw and Square. Configurable ADSR is also available. When routing MIDI output to your favorite instrument synth, sample, etc. you can turn the synth module off. Since the synth uses an Aliasing-free, High Quality Oscillator, you might however choose to keep it on for your productions and live performances. Remote Automation Almost every UI element such as selectors, buttons, sliders, etc. are mapped as plugin parameters, giving you the ability to use your DAW’s automation system to control, record and replay Kameleono’s configurations in real time. You might for example want to turn the note-hold functionality on and off at a pre-defined places on your performance timeline.